The rotunda at Forest High School in Ocala, Florida, is lined with colorful banners honoring its alumna Erin Jackson, who boldly documented her plans to pursue Olympic glory in her senior yearbook 11 years ago.

Her goal transformed into a self-fulfilled prophecy at the 2022 Beijing Olympics when she won speed skating gold in the 500 meters on Feb. 13. Besides claiming the permanent title of Olympic champion, Jackson will forever be known as the first Black woman to win an individual gold medal in her sport. In just 37.04 seconds, she made history.

Since then, Jackson has received shout-outs from everyone from former first lady Michelle Obama to actress Gabrielle Union to television icon Oprah Winfrey. But the most fervent love and pride radiates from the Sunshine State, particularly those with ties to Jackson’s hometown of Ocala.

A common theme among those who know her, and even those who don’t, is that there couldn’t be a more perfect role model for the next generation than Jackson. 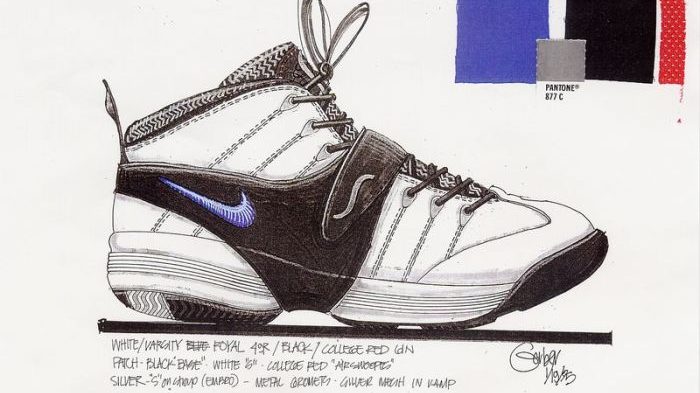 A different Divine Nine: The women who had signature shoe lines share the experienceRead now

Hildebrand has known Jackson for about 20 years. The world-renowned coach saw something special in a then-10-year-old Jackson who zipped around Skate Mania, a roller rink in Ocala. Just four years ago, Jackson moved to Salt Lake City to train full time in speed skating on ice. While watching her compete in the 500 meters in Beijing, Hildebrand cried tears of joy when she realized her former protégé would finish with a medal. She cried even harder when Jackson won gold.

Since her victory, Hildebrand has been flooded with congratulatory texts and phone calls from inline skaters and coaches all over the world. Not only has Jackson increased exposure for speed skating on ice, but she has also brought attention to inline, which is not an Olympic sport. In the eyes of the skating world and her hometown, there’s no better representative than Jackson.

Ocala Mayor Kent Guinn said the city is beaming with pride. There are plans to honor all three of their Olympians, speedskaters Jackson, Brittany Bowe and Joey Mantia, with a homecoming celebration sometime this spring. The Black History Museum of Marion County will also erect a monument to commemorate Jackson’s historic feat, Guinn said.

To many, it seems so unlikely that a champion of the Winter Olympics would hail from a town devoid of ice. The closest ice rinks to the city of less than 64,000 are in Daytona and Orlando. But if Ocala was a country, it would have finished tied for 18th in medal count at the 2022 Games with three (Jackson’s 500 meters gold, Bowe’s 1,000 meters bronze and Mantia’s team pursuit bronze).

“For me, selfishly, I mean, what other mayor in the country has three Olympic athletes that are medalists, right,” Guinn said. “I mean, it’s a big deal.”

The Beijing Games have made people all over the country look at Ocala a little differently. Marcia Flaig, who taught Jackson as a sophomore in advanced placement language and composition at Forest High School, hopes and believes the 2022 Beijing Olympics will change the impressions the city’s natives have of their hometown as well.

“The kids like to call Ocala ‘Slowcala,’ ” Flaig said. “Now I’d like them to change it to say ‘Goldcala.’ ”

In high school, Jackson juggled an advanced course load with a professional inline skating career, which took her all over the world to compete. She also ran track and field for the Wildcats and served as the project manager for the robotics team. Wherever she decided to go, she would achieve resounding success, her teachers recalled.

“It’s wonderful but it’s not shocking in any way to see her there,” said Jackson’s advanced placement government and economics teacher John Crawford, reflecting on his former student’s Olympic gold. “This is a very driven young woman who knows what to do and knows how to achieve great things.”

After graduating from high school, Jackson earned a bachelor’s degree in materials science and engineering from the University of Florida in 2015. She also has an associate degree in computer science from Salt Lake Community College and is working on another associate degree in kinesiology, all while training to become the best skater in the world.

“Having a dream and not giving up on that dream and working hard to achieve that – those are the things that we’ve been talking about [with students],” said Jackson’s advanced placement calculus teacher and track and field coach Raymond James. “And I know the kids – this is a jaw-drop moment for them.”

Alexis Hogan, 18, is a senior at Forest High and the school’s first state champion weightlifter. As a breaker of barriers herself, Hogan said Jackson’s success “really hits home.”

“It makes things like going to the Olympics and even winning a gold medal more attainable for a normal person coming from a small town,” the Forest High senior said. “So it’s definitely pretty encouraging for athletes like all three of us who are at the top of our sports. It gives us a little bit more drive.”

Makenna Owens, 15, of Jacksonville, is a student at the MaliVai Washington Youth Foundation, an organization that offers youth development programs for low-income children. She and three other students made a poster to wish Jackson luck in Beijing as part of the foundation’s partnership with Comcast, which is also partnered with Team USA. The students were featured with their poster on Jackson’s Twitter page after she won.

While Owens hadn’t heard of Jackson before these Games, she was thrilled to see the athlete she supported finish victorious.

“I’m just really glad that she won because it’s really opening a light on the African American community,” Owens said. “She’s the first of a minority to win that medal, and that just makes me really happy.”

Jackson delivered her advice for young athletes, particularly those of color, on MSNBC Thursday: “Don’t be afraid to try something that seems really hard. Just go out there, take that first step, and then just keep taking more steps.”

Even before she became a trailblazer, Jackson seemed compelled to mentor young skaters.

June Munro has two sons who skated with Jackson in Ocala: Alexander Munro, 16, and Ian Munro, 20. They moved to Florida from Georgia to skate under Hildebrand in 2014, but have since moved back.

At Alexander’s first competition that year, nerves started to get the better of him. Munro said she’ll always remember Jackson leading her then-7-year-old out onto the track and guiding him along the terrain in an effort to soothe his anxiety.

“She always carries herself with such poise and grace and humility, and she’s a very wonderful role model for the kids,” Munro said. “And that’s not only for the little girls, but also for the boys, because I know from my standpoint as a mom to my kids that were skating, she was always a great inspiration for them.”

Payton Titus is a journalism student at the University of Florida. She’s probably serenading or photographing her cat right now.