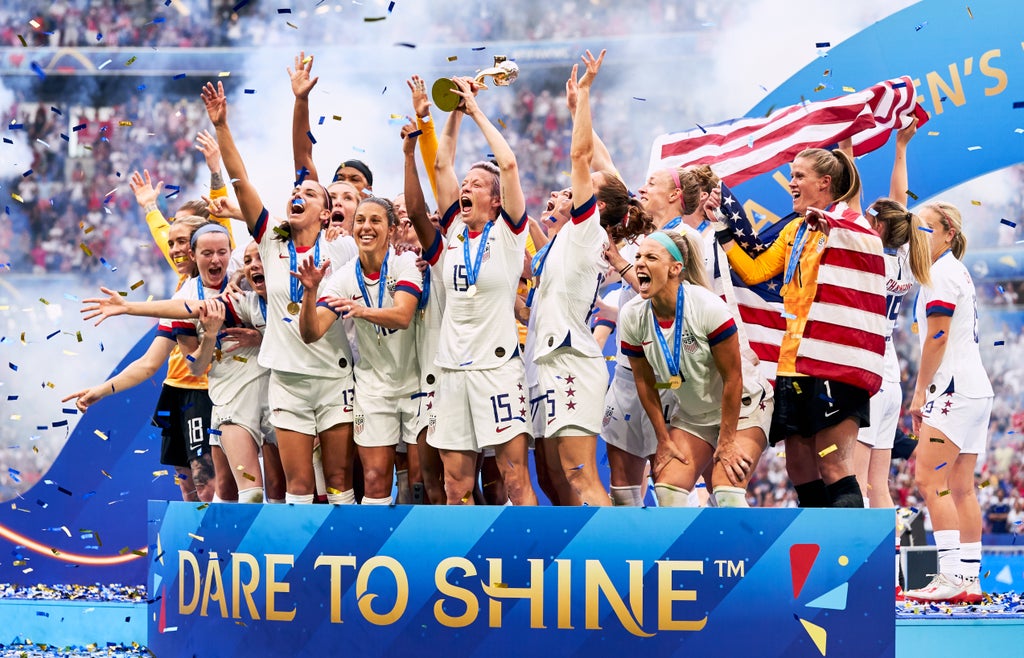 England’s top two women’s leagues have warned Fifa plans for biennial men’s and women’s World Cups will have a “profoundly detrimental” impact on the female game.

Fifa is proposing to shorten the gap between the men’s and women’s showpiece events from four years to two as part of changes to the new international calendar from 2024 onwards.

The Women’s Super League and Championship were among 10 European competitions to sign a statement issued on Monday, along with the continent’s governing body Uefa and the European Club Association (ECA), which called for Fifa to engage in a “genuine, joint and open forum” with women’s football stakeholders.

“The proposed plans by Fifa to stage both the men’s and women’s World Cup tournaments every two years will have profoundly detrimental sporting, economic, societal and many other impacts that will fundamentally alter the course and development of the women’s game,” the statement began.

“The fast-paced nature of the [so far] very selective consultation process and all-but agreed proposals have not allowed a careful reflection on what is in the best interests of the future development of women’s football or adequately assessed the possible irreversible consequences such a change might entail.”

Less has been seen of Ellis’ proposals, though from Wenger’s plans it is clear the Women’s World Cup would have to take place in the same summer as a major men’s tournament.

The Olympic Games, arguably the second-biggest national team event in women’s football, would also clash with a World Cup every time it was staged under Fifa’s plan.

It is understood Fifa is considering staging a Women’s World Cup in July or August, after a men’s tournament in June.

Spain’s Primera Division and France’s D1 Feminine – which have provided the European champions for the last six years – had not signed it.

The statement set out a list of problems the signatories felt the proposals would create, including adding further congestion to an already crowded women’s calendar and a lowering of sponsorship investment due to a saturation of the market.

They also felt the additional men’s competitions would hamper the visibility of the women’s game, and disrupt the evolving fan culture around it.

“Further development of the game we all love can only truly come about when we discuss together, at the same table, and with all those impacted by such a major decision,” the statement added.

“It is a delicate equilibrium which must show respect and responsibility across a spectrum of competitions, players, coaches, fans, nations and culture.”

Fifa held an associations summit last week and sent out invitations to consult on 3 and 4 September to confederations, the ECA, the World Leagues Forum and world players’ union Fifpro.

Fifa president Gianni Infantino has said he would like the 211 member associations to vote on calendar proposals by the end of the year.

A feasibility study to look at biennial men’s and women’s World Cups, proposed by the Saudi Arabian football federation, was approved by an overwhelming majority vote at Fifa Congress in May.