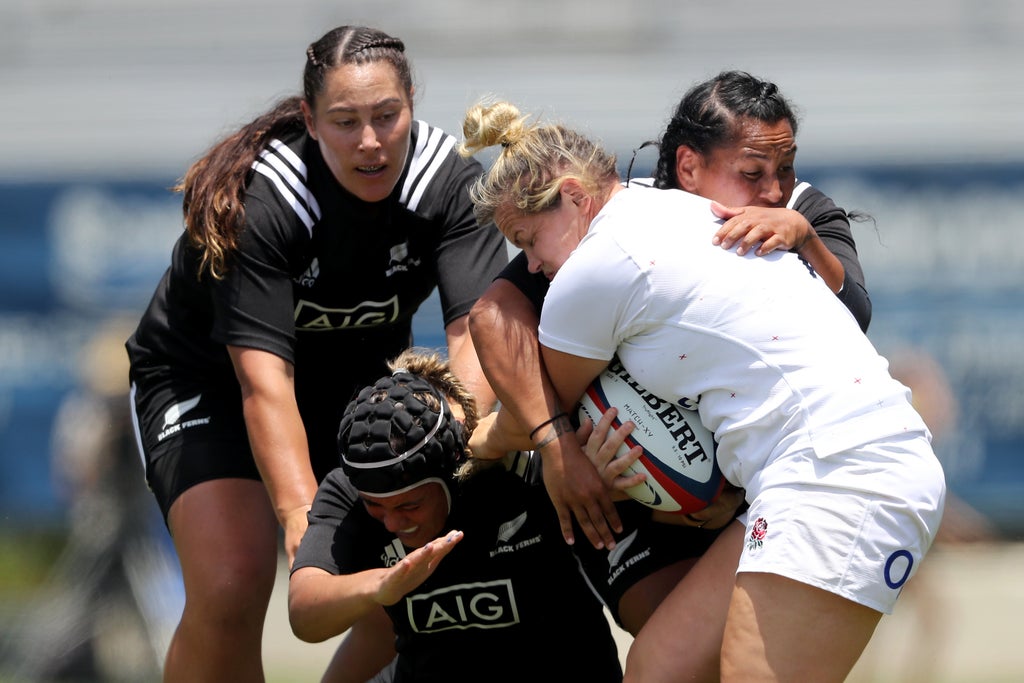 England Women will look to continue a more than two-year unbeaten run as they host New Zealand Women at Sandy Park in Exeter.

It is the first of two back-to-back meetings between Simon Middleton’s top-ranked Red Roses and the reigning world champions.

The Black Ferns have not played since beating England at the 2019 Women’s Rugby Super Series in California due to the coronavirus pandemic.

With one year to go until the World Cup on antipodean turf, these two clashes between the best two sides in the world shape as crucial contests.

Here is everything you need to know ahead of the clash.

When is England Women vs New Zealand Women?

The match will start at 2.30pm GMT on Sunday 31 October at Sandy Park in Exeter.

The fixture will be shown live on BBC Two, with coverage set to begin at 2.05pm GMT.

In the absence of outstanding centre Emily Scarratt, who has broken her leg, Olympic sevens star Holly Aitchison will make her debut at 13, paired in the midfield with fit-again vice-captain Amber Reed. Zoe Harrison gets the nod at fly-half ahead of Helena Rowland after the Loughborough Lightning playmaker’s own Tokyo excursion.

First-choice propping partnership Hannah Botterman and Sarah Bern are paired for the first time since 2019 while Poppy Cleall and Zoe Aldcroft have swapped conventional homes, with Cleall adding extra bulk in the second row.

New Zealand are short of their own sevens superstars Kelly Brazier and Portia Woodman, but the pair could add extra bunch to the backline as soon as next week’s encounter in Northampton. Their are as many as nine debutants in Glenn Moore’s 23, including Farah Palmer Cup stand-out Alana Bremner and 18-year-old replacement fly-half Patricia Maliepo.

Les Elder skippers New Zealand in the Black Ferns’ 100th Test – goal-kicking scrum-half Kendra Cocksedge has been a part of more than half of those games.