‘Kits have been getting stupidly expensive across the whole of football’: Fans on social media slam price of England Women’s new home and away shirts with either jersey costing an ‘extortionate’ £114.95

By Luke Augustus for MailOnline

Tournament hosts England have revealed their new Nike kits for this summer’s Women’s Euros – but while the design has received positive feedback, the pricing has proven a contentious issue.

The Lionesses unveiled their bespoke new looks on Wednesday morning with their top-end jerseys costing £114.95 for either the home or away shirts.

The three-figure sum has raised eyebrows around some on social media – who have condemned the continual rise of shirt prices in football. 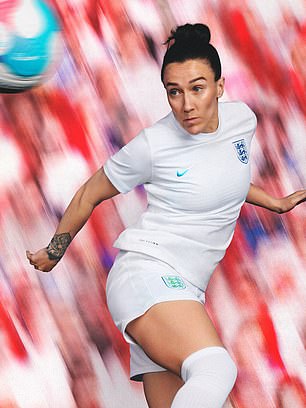 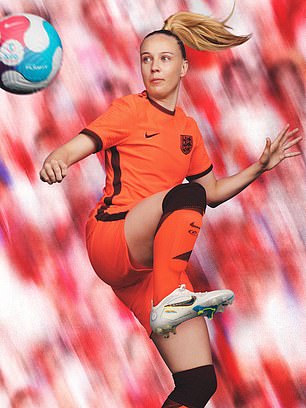 The price of England’s new home and away shirts at £114.95 each has angered some fans

‘Kits have been getting stupidly expensive across the whole of football,’ summarised one user on Twitter.

‘England (mens and women) should lead the line by having affordable kits because you know this is a discussion that families are gonna absolutely hate having with their kids.

‘Consider as well those kids support a club, they follow England men and England women who have separate kits it’s just mad.

‘Granted that the kid doesn’t need a top for all teams they support but that doesn’t stop them from badgering their parents to buy it for them.’

That sentiment was echoed by another who labelled the pricing as ‘extortionate’, despite liking the look of it.

‘The England Women’s team kit is yet another belter, smashes the men’s kit out of the park time after time. Shame about the extortionate price though.’

Two others agreed on the social media platform about their disapproval of the shirt pricing, citing the economical climate as a hindrance.

‘With the rising cost of living seems a bit pricey to me,’ wrote one user with several emojis casting their doubt.

‘I agree with your point about the cost, it seems someone is looking to maximise profits over actually providing maximum value sadly,’ came a reply.

The England 2022 all-white home kit is constructed with a bespoke knit referencing the angular lines of cut diamonds. Nike say ‘the look, punctuated by iridescent pearl-like detailing on the crest, pays respect to all the players who have contributed to making women’s football what it is today.’

On the away kit, Nike state that they have provided a ‘bold new look’ with its crimson shirt and shorts combination.

The Women’s Euro 2022 kicks off on July 6, with England likely to wear their new white get-up when they face Austria in the tournament opener at Old Trafford.