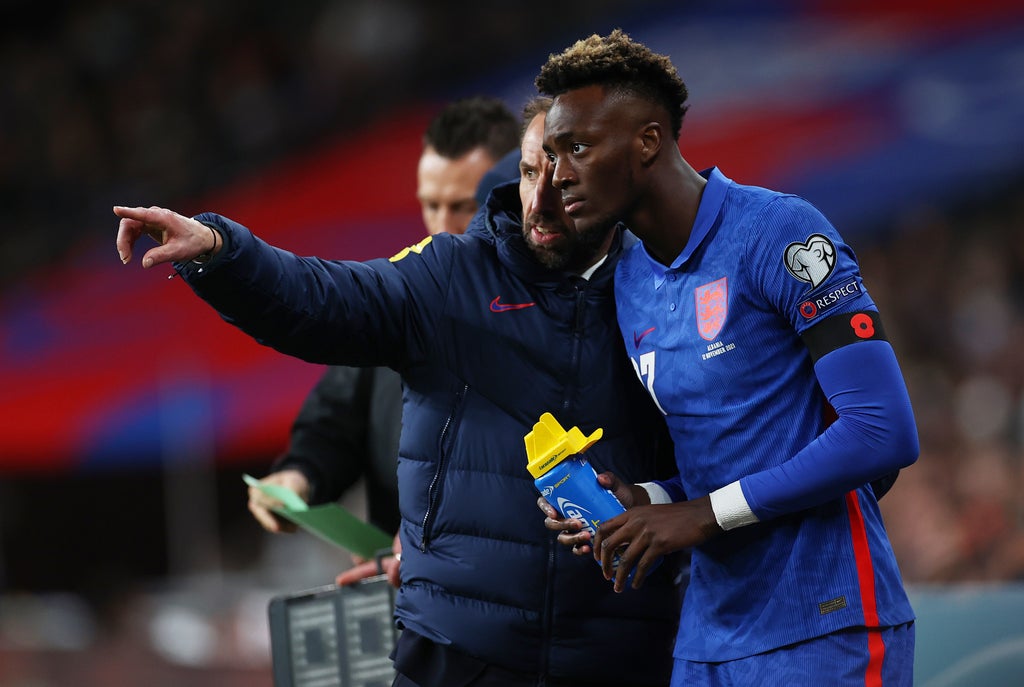 England are clear favourites to beat San Marino tonight and qualify for the 2022 World Cup as group-winners.

The Three Lions have all but secured their place in Qatar next November following Friday’s 5-0 win over Albania and they require just one more point on the final matchday.

San Marino, who are bottom of the Fifa world rankings, have lost all nine of their matches in Group I so far and scored their first goal of the qualifying campaign in their 7-1 defeat by Poland on Friday.

England thrashed San Marino 5-0 in the reverse fixture back in March, and have won all seven of their previous meetings by an aggregate score of 42-1.

When is San Marino vs England?

The match will kick off at 7:45pm GMT on Monday 15 November at the San Marino Stadium.

It will be shown live on ITV 1, with coverage starting from 7pm GMT. It will also be available to stream live on the ITV Hub.

Gareth Southgate has confirmed that he will rotate his side for the trip to San Marino, while Jordan Henderson, Jack Grealish, Raheem Sterling, Mason Mount and Luke Shaw have withdrawn from England’s squad.

The in-form Aaron Ramsdale is set to replace Jordan Pickford in goal, while Trent Alexander-Arnold could come into right-back if Southgate switches systems to 4-3-3. Conor Coady and Tyrone Mings are set to be England’s centre-back pair, with Ben Chilwell keeping his place due the absence of Shaw.

In midfield, Kalvin Phillips could be joined by Jude Bellingham and Smith Rowe, while Bukayo Saka is set to start on the right wing with Phil Foden switching to the left. Kane will be keen to add to his international tally, but Tammy Abraham is expected to be given another shot up front after coming on against Albania on Friday.

How many do you want? This could be five, six or seven, and anything other than a dominant England win would be a huge shock. San Marino 0-5 England.