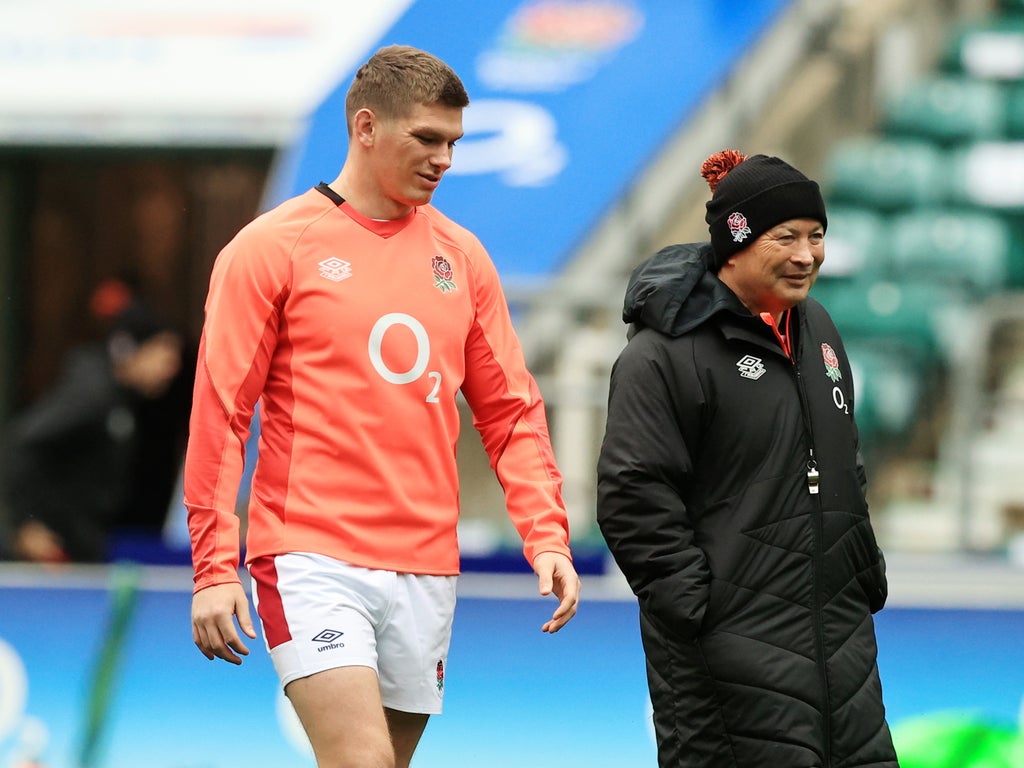 Follow live coverage as England take on Australia in the Autumn Nations Series at Twickenham tonight.

Eddie Jones’ side kicked off their autumn with an 11-try rout over Tonga a week ago but things get a whole lot tougher when they welcome their old rivals to HQ on Saturday evening.

Jones has been adding fuel to the fire ahead of this contest against his fellow countrymen but his team’s task has been made no easier with the absences of props Joe Marler and Ellis Genge, both having being ruled out after testing positive for Covid. Owen Farrell is back, however, after missing last weekend after a false positive test result.

Australia have some selection issues of their own and will be without both Allan Alaalatoa and Taniela Tupou after concussions. The Wallabies fell to defeat against Scotland a week ago.

Follow all the latest updates and analysis from Twickenham throughout:

Owen Farrell reaches a century of caps in Saturday’s clash with Australia but will wait until the milestone is registered with England before celebrating.

The Lions’ decision not to award full Test status to their match against Japan at Murrayfield in June means that Farrell has made only six international appearances for the tourists, in 2013 and 2017.

When combined with his 93 games for England, it leaves him on the brink of a landmark achievement heading into the Autumn Nations Series clash with the Wallabies.

But instead Maro Itoje will lead the team out at Twickenham in recognition of his imminent half-century of Red Rose caps.

“I didn’t celebrate my 50th cap with the other Test matches in it, it was always England. So that’s how we’ve been looking at it here,” Farrell said.

“Maro has his 50th cap for England this week which is an achievement we will celebrate. We’re looking forward to doing that.”