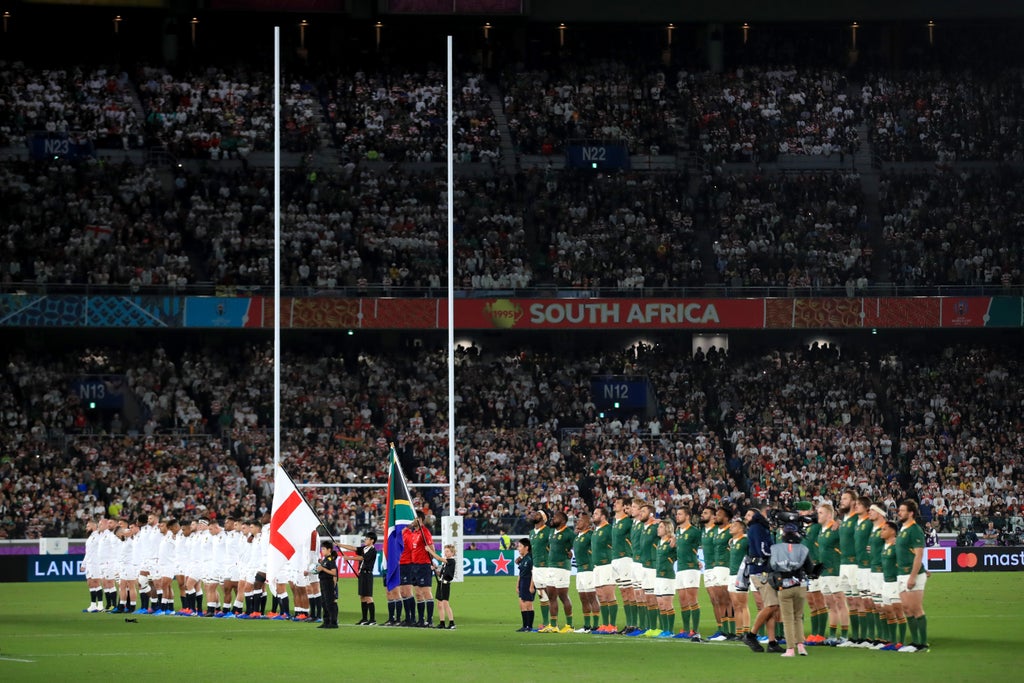 England will be invoking the spirit of their front row ‘Fight Club’ in the hope of subduing South Africa’s forward assault when the rivals clash at Twickenham on Saturday.

Injury and an outbreak of coronavirus have combined to deplete Eddie Jones’ resources at prop and hooker with Ellis Genge and Jamie George ruled out of the 2019 World Cup final rematch.

Joe Marler’s 10-day spell in self-isolation ends on Friday and he is expected to be involved against the Springboks in some capacity 24 hours later, leaving Kyle Sinckler as the only seasoned campaigner standing.

The crisis means 23-year-old Jamie Blamire, who has scored six tries in four Tests but has made only three starts for his club Newcastle, is likely to pack down in the number two jersey with the uncapped Nic Dolly offering cover from the bench.

At loosehead Bevan Rodd, 21, will win a second cap after acquitting himself well on his Test bow when acting as emergency cover against the Wallabies as the established looseheads recovered from Covid.

Forwards coach Matt Proudfoot has revealed the props and hookers in Eddie Jones’ squad have their own training cadre and it was when Blamire was exposed to ‘Fight Club’ for the first time in July that his international pedigree emerged.

“Like for every front-row forward, it’s about what is inside the man. That’s what we look for firstly,” Proudfoot said.

“That’s what we identified in Jamie – as having a strong character and having a lot of personal fight.

“When he came into camp early, in the summer, we chucked him in what we term the Fight Club and the way he ripped in was really promising.

“For me Saturday is about what’s in that jersey. I’ve got a lot of confidence in any of the front-rows we’re going to pick to put that white jersey on.

“South Africa have proved over the last two years that they are the best side in the world and they deserve that title. You can either face it or back away from it.

“Our mindset is to go straight at it, to confront it, go head on and not back away from it. I’m confident that those young guys will play with every bit of passion and enthusiasm that they have.”

Proudfoot was forwards coach for South Africa’s successful 2019 World Cup and he anticipates they will attack hard at the scrum and maul, which are regarded as foundation stones by their pack.

Another key weapon in the Springboks’ arsenal is a relentless kicking game that on Saturday will be directed by fly-half Handre Pollard.

As chief bomb diffuser, 20-year-old full-back Freddie Steward faces the stiffest challenge yet of a four-cap Test career in which he has barely put a foot wrong including a classy finish in a man-of-the-match display against Australia.

“I wouldn’t say dealing with the high ball has come naturally, it has taken a lot of hard work to perfect,” the six-foot-five Steward said.

“Even last season there were plenty of games I was making mistakes. I still do drop them now. But it’s something I’ll continue to work hard on.

“A guy I used to watch last year, particularly, was Dan Biggar. He’s one of the best in the world at that kick and regather. He is fantastic in the air.

“And you look around the world and you see Jordie Barrett, who’s been fantastic for the All Blacks. He’s been a rock at the back for them.

“He’s almost like a goalkeeper back there and that’s a really good example of how full-backs can be used these days.”