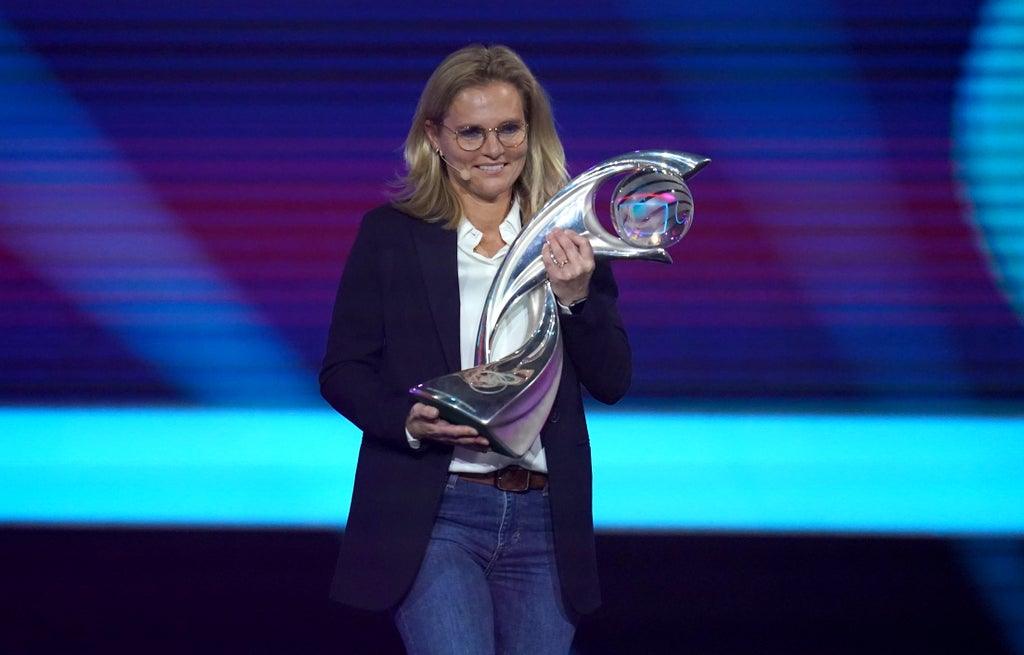 The Lionesses have been drawn to play Northern Ireland, Norway and Austria in Group A, opening the tournament against the latter at Old Trafford on 6 July.

The hosts were helpfully handed the easiest draw of Europe’s top four top-ranked teams at a glitzy ceremony in Manchester that featured live acts from Ellie Goulding and Ella Henderson.

To borrow from a Goulding ballad, ‘anything can happen’, but England’s three opponents are nothing if not known quantities.

Austria and Northern Ireland are both in England’s ongoing World Cup qualifying group and Wiegman knows Norway inside out from her time at the helm of the Netherlands.

“They are countries we know very well,” said Wiegman. “From my character, I like to play different teams and change. It’s a challenge to play against a team you don’t know and you’ve never played before.

“It doesn’t matter now. Whoever is in the group, we have to play, and just chill out.”

England beat Euro debutants Northern Ireland 4-0 at Wembley last week and face Austria in November in a preview of the opening game.

Wiegman did raise a smile for what looks to be a spicy Home Nations clash at St Mary’s on 15 July.

“It’s so nice – I hope it’s going to be sold out,” she said. “It’s nice for everyone because we want to do well, we want to have our fans but for the Northern Ireland to have their fans too, it’s great.”

The group of death is Group B, featuring eight-time champions Germany, Pernille Harder’s Denmark, world No.10 side Spain and Finland.

Reigning champions Netherlands have been drawn in Group C with Sweden, Russia and Switzerland and Group D is made up of France, Italy, Belgium and Iceland.

Wiegman led the Dutch to glory on home soil in 2017 and feels next summer’s showpiece can be bigger and better.

“I have experienced the home support in the Netherlands and it was so exciting but that was just a starting point,” she said.

“The development of the game is now further than it was in the Netherlands and the competition here is so big already and it’s getting the fans excited.

“We played at Wembley last Saturday and after Covid, everyone is starting to warm up a bit. It’s really exciting.”