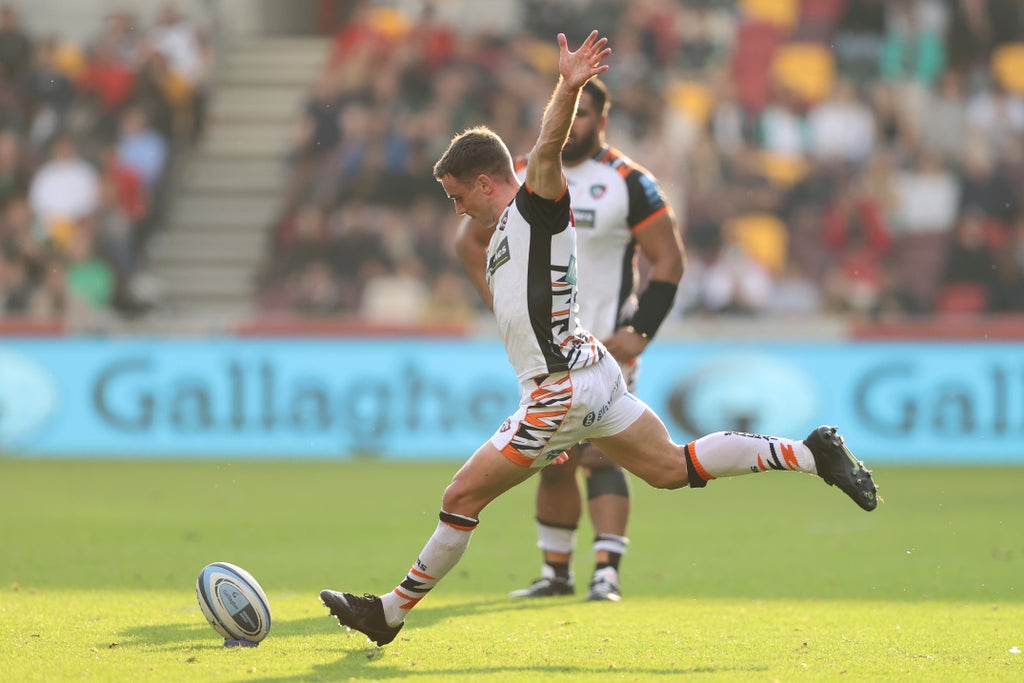 Leicester boss Steve Borthwick has hailed George Ford as “a phenomenal professional” after he was overlooked for England’s Autumn Nations Series squad.

The Tigers fly-half has proved a driving force behind Leicester’s domination of the Gallagher Premiership this season.

Leicester are currently seven points clear at the top, having recorded five successive victories and made their best start to a Premiership campaign since the competition began 24 years ago.

Ford, who has won 77 caps during an England career that began in 2014, is also the Premiership’s top points-scorer this term.

But the 28-year-old has failed to find favour with England head coach Eddie Jones ahead of Twickenham Tests next month against Tonga, Australia and South Africa, missing out on a place in Jones’ 34-man group.

Borthwick said: “You can see how well George is playing, how sharp he is looking. He has been playing really, really well. He has got to continue to play well, it’s as simple as that, to put the best case forward for selection.

“Speaking to him just now, I think the guy is a phenomenal professional and a brilliant leader within this team. I know he will be determined to just keep helping this team, because he is that kind of character.

“If our players follow even a fraction of the determination George Ford has, we will do very well. Eddie communicates regularly with me, I communicate regularly with Eddie. That has always been the case since I took this job. We chat regularly.”

England’s loss is Leicester’s gain, though, with Ford now set to be available for Premiership appointments with Northampton and Bath after Jones’ squad meet up later this month.

Part of the international group, though, will be two of Leicester’s brightest young prospects in uncapped hooker Nic Dolly and exciting full-back Freddie Steward.

Steward played in England’s summer Tests against Canada and the United States but Australia-born Dolly is called up after a blistering start to the Premiership season that has seen him score five tries.

Borthwick added: “I am very pleased for Nic after all his hard work. He joined us towards the latter part of last season, and then worked really hard in pre-season to be ready to take an opportunity when one came along. He has done very well.

“I’ve seen a humble, hard-working guy. Each week he is asking what he needs to do to get better – that’s a consistent question he asks me.

“At the start and end of each session, he wants to work on his (lineout) throwing, and physically, he has developed. And Freddie is a guy who has really grasped his opportunity.

“The work he did in the summer with Eddie, he’s returned into pre-season and into the start of this season an even better player, which has been terrific for him and a great credit to him.

“The really exciting thing is that I think we are scratching the surface there. He has got real strong fundamentals to his game and I think he can add a lot more on to it.”