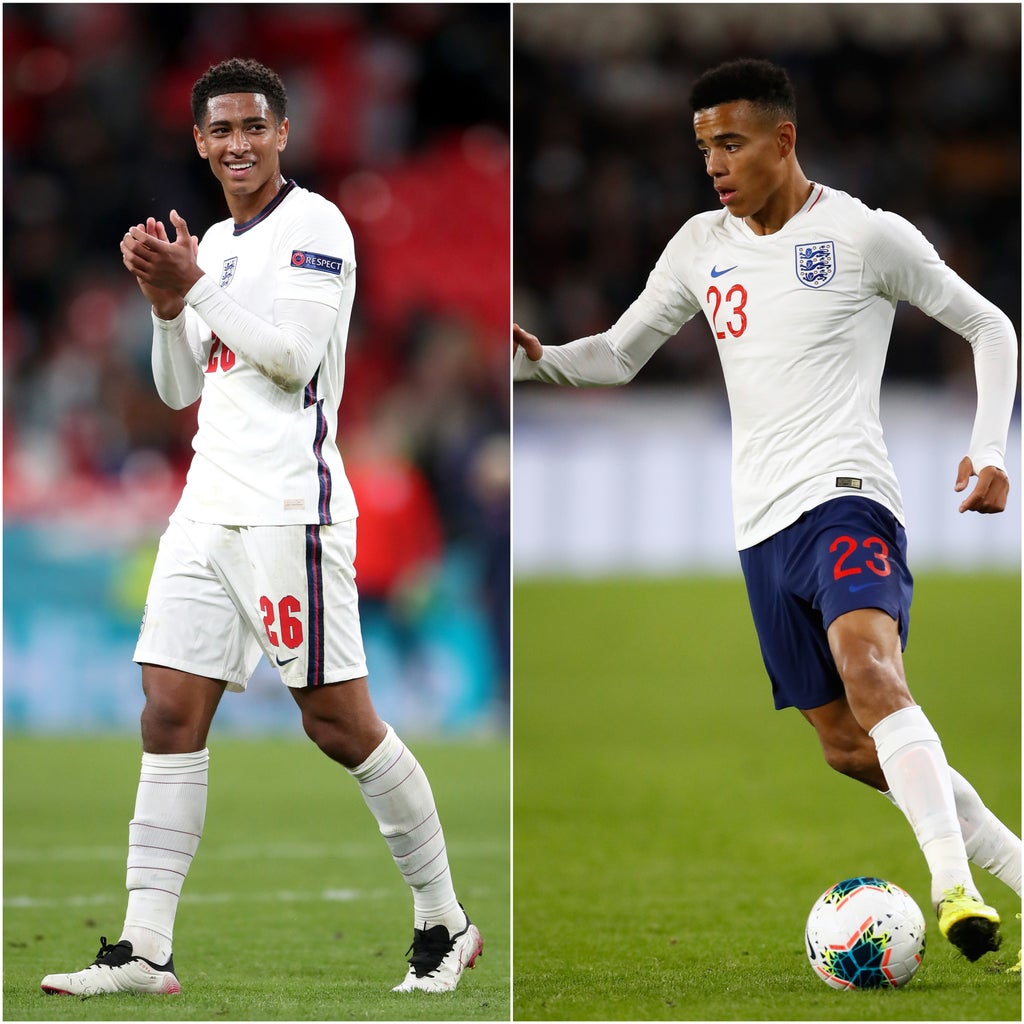 Gareth Southgate says talented teenagers Jude Bellingham and Mason Greenwood were left out of England’s latest squad with their long-term development in mind.

The Three Lions head to Andorra next week for what should be a straightforward World Cup qualifier, before welcoming Hungary to Wembley as the road to Qatar continues.

England have a four-point cushion at the top of Group I with four games left, with Southgate balancing the need to get to next year’s tournament and ensuring his young players’ progress is not stunted.

Greenwood withdrew from the provisional Euro 2020 squad through injury and was not involved in last month’s qualification triple-header following discussions with the 19-year-old, his family and Manchester United.

The teenager is again missing with that in mind and 18-year-old Borussia Dortmund midfielder Bellingham is getting a break next month following an intense period.

“They don’t come as a pair but they’re both similar situations in that they’re young players with a heavy load at the moment,” Southgate said.

“He had a full season last season then into a European Championship, so no break and we have to remember that these lads are still physically growing.

“When we’re talking about young player development, we’ve got to be really careful how we handle them and make sure that these are two players we think can be really exciting players for England for the future.

“But we don’t want to overload them and we’ve got to be making sure we make the right decisions.

“They’re very much decisions that have been taken with me having conversations with the players and their families, rather than any sort of deal with the club.

“I think both clubs we have very good relationships with and we’ve spoken to about the situations, but it’s not a deal with the club. It’s very much us looking at young players.

“But, of course, the profile of these two boys is much higher, they’re both playing very well, so I can understand why people would raise their eyes.

“It’s not a case that we don’t think the players deserve to be in the squad. We’d be picking them if we didn’t have those longer-term aims and ambitions in mind, I think.”

Bellingham and Greenwood were conspicuous by their absence from England’s 23-man squad, which Harry Maguire and Trent Alexander-Arnold missed out on through injury.

Phil Foden and Ollie Watkins return to the group after injury, while Aaron Ramsdale came in for the first time since the Euros and AC Milan’s Fikayo Tomori earned his first call up since winning his only cap in November 2019.

“I think there should be some consistency, which doesn’t mean we should be closed to players who are in good form,” Southgate said of his selection.

“That’s why Fikayo is in. That’s why Aaron Ramsdale is in. We’re always looking at what are the right decisions.

“This core group got us to a European Championship final. Others have to earn the right to push them out.

“The way they responded in September to a long summer with highs and lows was very impressive.

“I liked the mentality of the whole group. But we’re not going to just accept that.

“We’ve got to push every day the performance on the training pitch.

“Every player in that team and squad knows there’s huge competition for places and I think that’s driving some of the performances that we have.”

“Clearly they still have to appear for their clubs and there is an element of the unknown but our understanding is that Mason and Reece have a good chance for the weekend,” Southgate added.

“We will have to track that. Luke’s was more of illness than anything else.

“We don’t play until next Saturday so there is time and we will know more as the week progresses on all of those situations.”