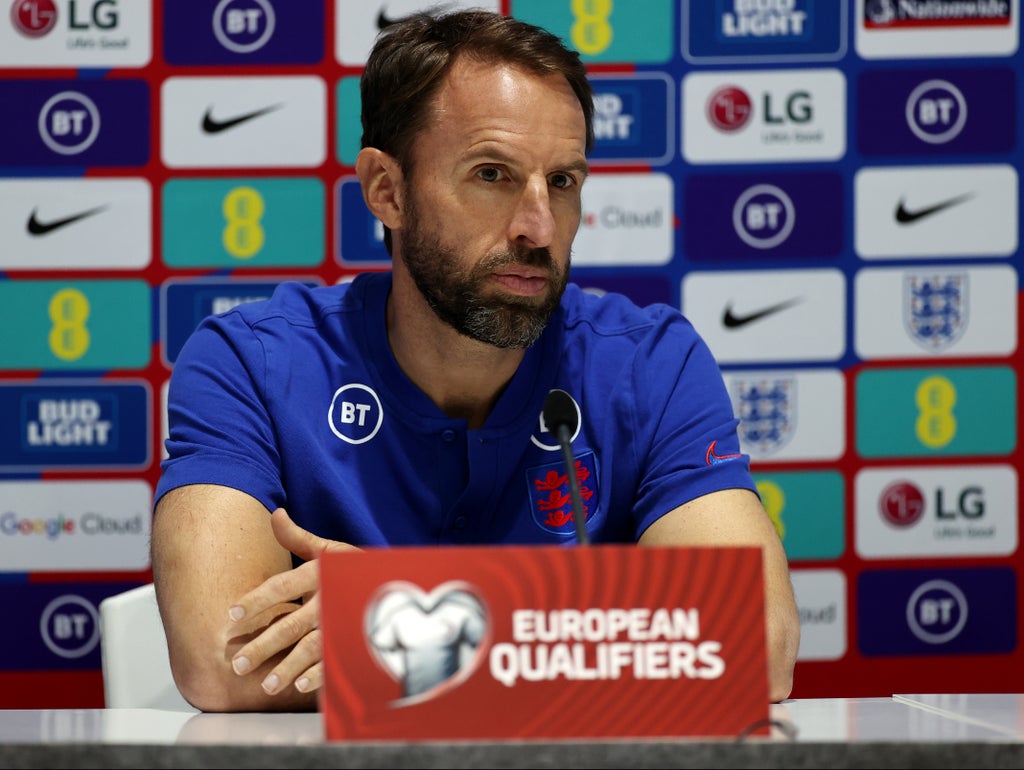 Gareth Southgate has rejected the suggestion that ‘most’ of his England squad are unvaccinated but admitted that the issue is “nuanced” one among the players.

Vaccination rates vary across Premier League clubs and Roma’s Tammy Abraham is the only member of the squad for World Cup qualifiers against Andorra and Hungary to confirm that he is fully vaccinated.

Other players have insisted that vaccination status is a “personal issue”, though some inside the game like Liverpool manager Jurgen Klopp have likened going without the vaccine to drink driving.

Southgate dimissed the claim that a majority of his squad are unvaccinated but, like several of his players, he stressed that vaccination was a complicated issue.

“I’m not sure that’s totally accurate in terms of ‘most’ but I think everyone knows where I stand on the subject,” he said ahead of England’s qualifier in Andorra on Saturday.

“To move out of the pandemic, the only way was a vaccination programme so I think that was essential.

“There is then the complication that there are a lot of individual circumstances around that and I understand that some people would be anxious, perhaps.

“I’m a believer that that’s the right thing to do but I understand that there were other topics we’ve talked about where everybody was aligned and we would all have a very clear view as a team. With this, it’s a little bit more nuanced.

“Lots of people have had the virus, so maybe they’re feeling antibodies are high in their own bodies. Lots of people might have individual medical conditions, some people in the country might have religious reasons, so it’s a complicated area.

“My belief is that the route out of the pandemic is a vaccination programme, I’m yet to hear anybody offer an alternative, and there’s not a lot more we can say than that really.”

Southgate used his platform to publicly encourage vaccination after England’s run to the European Championship final and later said he received more abuse for that short video message than his management of the team during the tournament.