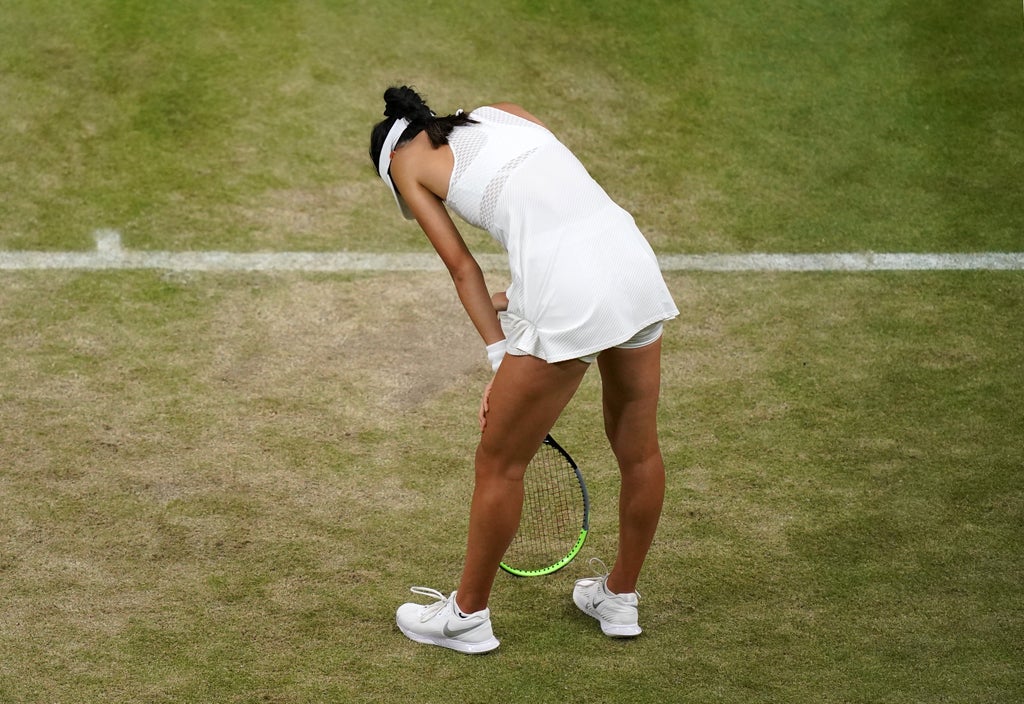 The 18-year-old has had the best part of four weeks off since her stunning US Open victory last month and she could not produce the same level as she went down 6-2 6-4 to Belarussian Aliaksandra Sasnovich.

Raducanu, who attended the Met Gala, dazzled on the red carpet at the James Bond premiere and played with the Duchess of Cambridge during her time away, struggled in alien conditions in the Californian desert, spraying too many unforced errors.

Keothavong, who captains Raducanu in Britain’s Billie Jean King Cup team, said the defeat should not come as too much surprise, but told the teenager not to “overthink” it.

“She got into a good position, she led 4-2 in the second set but she played a terrible service game to allow Sasnovich make into it and never quite get a foothold into it and it was just error after error after error, the body language and the shoulders were slumped, not enough fire in Emma.

“She just needs to go off and chill and calm down. It is going to be a tough one to take for her, she would have had high expectations herself, the confidence, wanting to show everyone what she was capable of, but it is back to the drawing board.

“She is still new to all of this, she still has a number of tournaments left before the end of the season so there is time to pick things up again, work on her game.

Raducanu travelled to Indian Wells without a coach following her ruthless decision to part company with Andrew Richardson, the man who helped her to glory in New York.

She has been linked with Carlos Rodriguez, who previously worked with Justine Henin and Li Na, and Keothavong said that would be a good appointment.

“He has close links to Max Eisenbud her agent at IMG,” she added. “There is a link there, he comes with a lot of experience, he is a tough taskmaster, he likes discipline, he understands the game, he has a great work ethic, if it is going to be Rodriguez then that would be a great choice.

“But until you spend time with that person you never quite know, despite Carlos having plenty of experience, whether you will click, you have to click on and off court if you are going to do all those things together.”