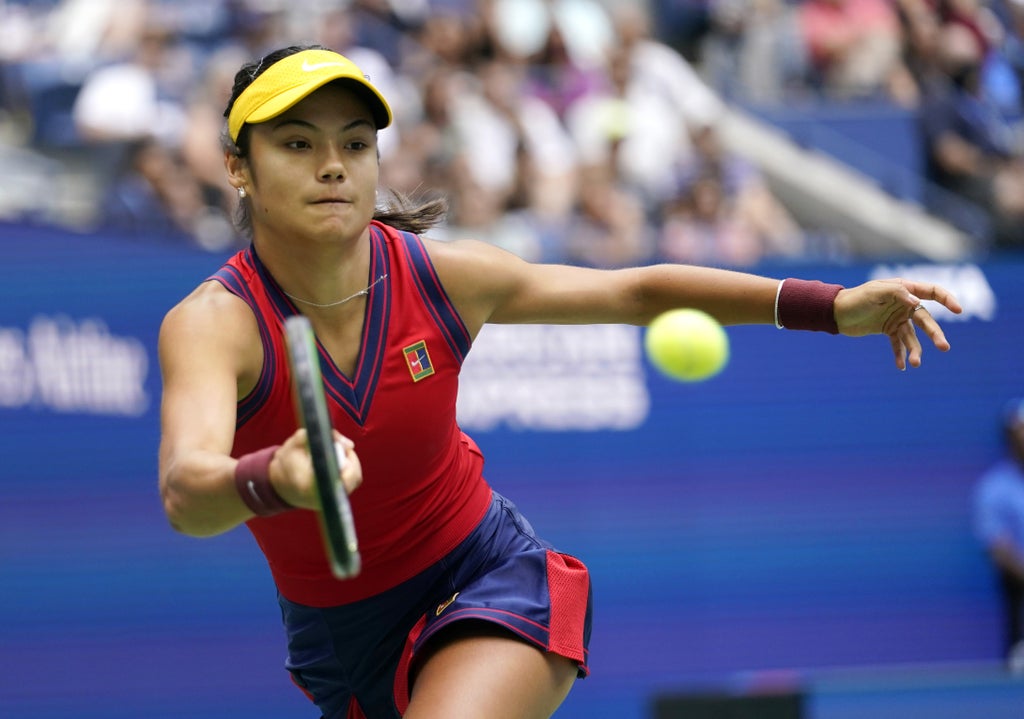 US Open champion Emma Raducanu will make her return to the tennis tour at the BNP Paribas Open in Indian Wells next week.

The 18-year-old had been mulling over where to make her first appearance since her stunning New York victory and news came on Tuesday evening that she has been given a wild card into the prestigious event.

The California tournament, which begins next Wednesday and is one of the biggest on the WTA Tour, is normally held in March but was postponed because of the coronavirus pandemic.

Although her ranking of 22 is comfortably high enough to secure Raducanu entry into all the biggest events, the cut-off is several weeks before the start of each tournament, meaning she needed a wild card to avoid having to go through qualifying.

Raducanu will be one of the star attractions in the Californian desert and there is bound to be huge focus on how she fares after sweeping all before her at Flushing Meadows.

The Kent player said last week she would not chase qualification for the end-of-season WTA Finals but she has also entered the Kremlin Cup in Moscow and the Transylvania Open in Romania later in October.

Raducanu, who attended the premiere of the James Bond film No Time To Die on Tuesday, currently sits 14th in the race to reach the event in Guadalajara, needing to make up nearly 400 points to make it into the top eight.

The chance of world number one Ashleigh Barty playing in Mexico appears remote.

The Australian withdrew from Indian Wells on Monday and, having been on the road since March, seems set to call time on her season and head home.

The Wimbledon champion said on wtatennis.com: “The BNP Paribas Open is one of my favourite events on the calendar. It was a tough decision to withdraw but I know a few weeks of rest and seeing family back in Australia is the right thing for me at this point of the season.

“I wish the tournament and the WTA all the best for a successful event and hope I’ll be back in Palm Springs in 2022.”