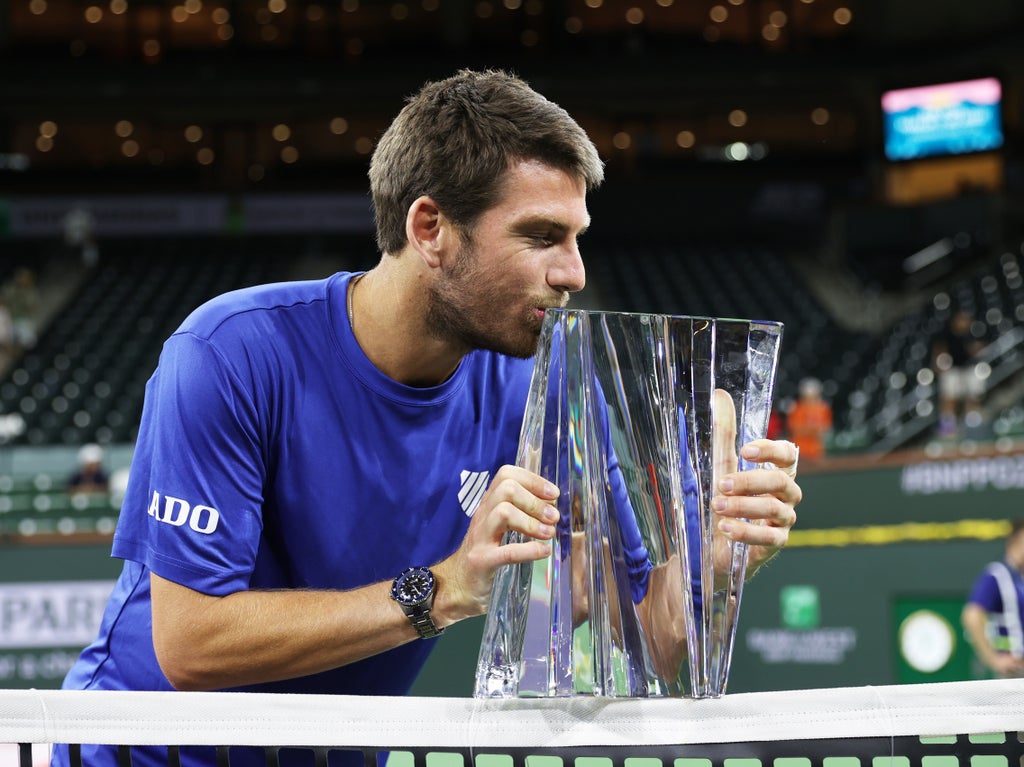 Norrie came from behind to beat Nikoloz Basilashvili 3-6 6-4 6-1 in Sunday’s final of the Masters tournament, marking the biggest victory of the Briton’s career.

The 26-year-old has risen to a career-high 16th in the world rankings as a result of his win in California, and Norrie has said Raducanu’s stunning US Open victory in September gave him the belief to get over the line in Indian Wells.

“What she has done has been extremely impressive and she inspired me a little bit, that was crazy,” Norrie said, per the Daily Mail, after becoming the first British man to win the men’s singles trophy at the Masters tournament.

Andy Murray, meanwhile, admitted that Norrie’s victory in Indian Wells took him by surprise, saying: “I’d be lying if I said that I called that to be honest.

“However, I have spent a decent amount of time around him and practised with him quite a lot and he works extremely hard.

“I think he’s a great example for not just British players but all tennis players to look at and go, if you put the effort in day in, day out and properly dedicate yourself to the sport, have an attitude like he does, it can take you a long, long way.”