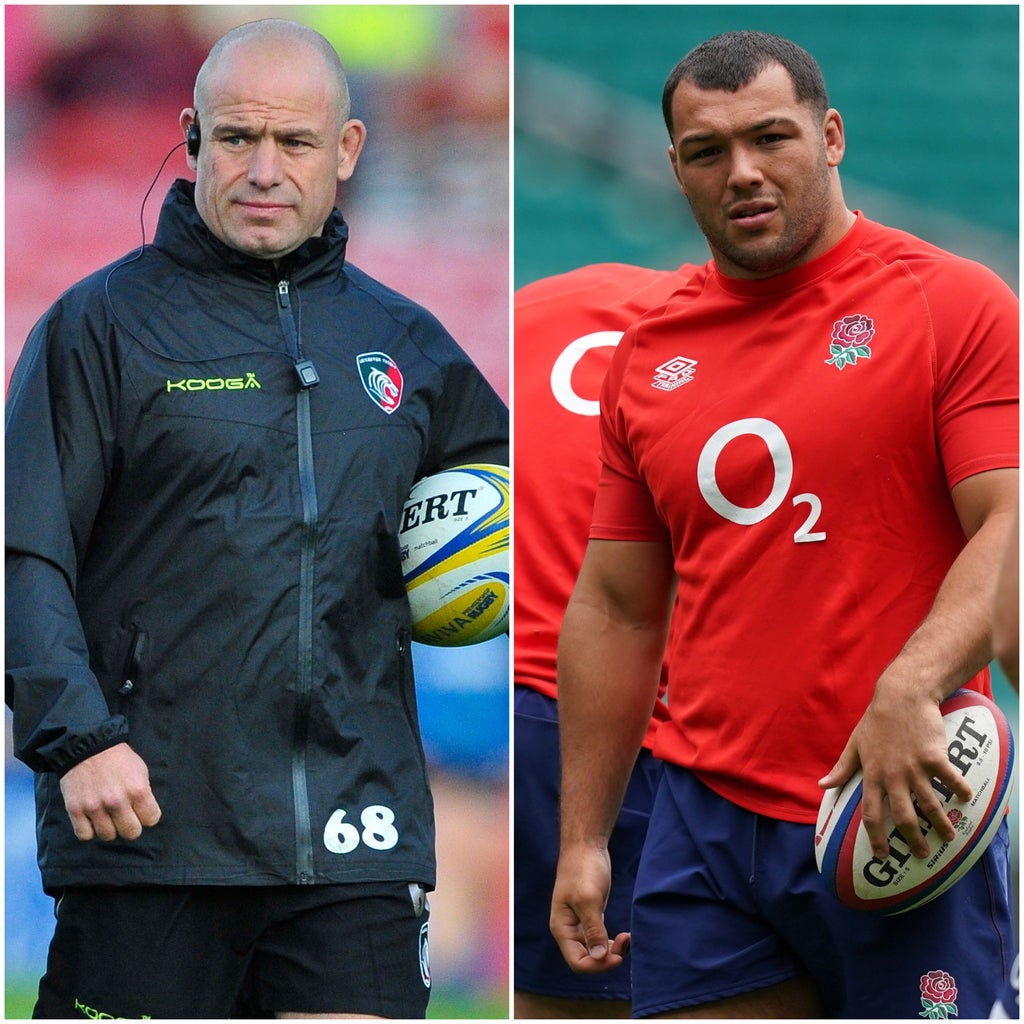 As one of Eddie Jones’ assistants, Cockerill will help mould the forwards for the Autumn Nations Series with the November 6 opener against Tonga his first match in his new role.

The fiery former England hooker has taken the combative approach that served him well as a player into his coaching career and it was during his time as Leicester director of rugby that Genge left Bristol for Welford Road.

While Cockerill has yet to verbally unload on his forwards, Genge insists it is only a matter of time.

“Cockers is fitting in really well, but I’m sure at some stage we will see that hard-nosed edge that we are all very familiar with in the Leicester camp,” Genge said.

“And rightly so. I think that is something that will benefit us as a forward pack. At the moment, he hasn’t had the opportunity to flare up at us. But it is inevitable…and I look forward to it.

“He’s a good operator. He’s good at marshalling. He was in a very different role with Leicester to what he is doing now. He was marshalling standards and if you wore the wrong socks he would go mental.

“He isn’t really running around here doing that as standards tend to be a bit higher and boys tend to marshal themselves. I always took maintaining standards from Cockers. And don’t p*** about!

“I kept in touch with Cockers after he left Leicester. When he got the England job I text him to say congratulations.

“He was a big pillar in my career, he brought me into the Leicester environment and treated me so well. If it wasn’t for him I wouldn’t be sat here now.”

Genge is among the senior figures in a new-look England squad picked for Tests against Tonga, Australia and South Africa.

The 26-year-old prop has been spending time with rookies Adam Radwan and Nic Dolly during the squad’s five-day training camp in Jersey and come to the conclusion that rugby players are “weird”.

“Radwan is a weird little cat. I get on very well with him and keep him close to me. All you need to know is that there’s a lot more than meets the eye. He’s a fruity little badger,” Genge said.

“I have not met many like Dolly – he is obsessed with recovery. He’s really lapping it up here because the recovery facilities are so good.

“He’s just a weird fella, I think rugby players are just weird in general. You have got to sit down and chat to them to encapsulate what I mean.

“I think in high-end sport you have got to be a bit tap to be the best in general. Everyone has seen the documentaries of Michael Jordan and Dennis Rodman and people like that, they are not normal people.

“I’m not comparing us to those sort of people but they are not normal by any stretch of the imagination.

“You have got to be a little bit tap to want to be the best anyway because what you put your body through and sacrifice to be the best are not for normal people and I guess that is why it is elite.”