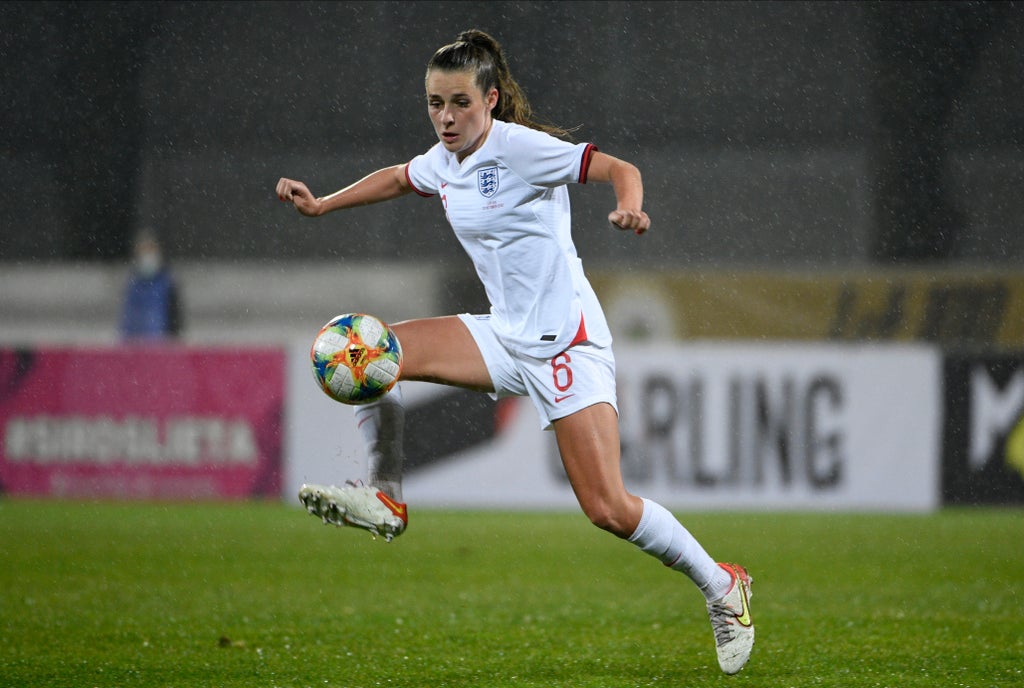 Ella Toone fired a hat-trick as England maintained their march towards the 2023 World Cup finals by thrashing Latvia 10-0 in Liepaja.

Manchester United forward Toone put England 2-0 up inside 12 minutes at the Daugava Stadium and added her third and the Lionesses’ sixth before being replaced midway through the second half.

Ellen White became the joint-second highest England goalscorer of all time alongside Kerry Davis on 44 – in her 99th appearance – when putting the visitors 3-0 up in the 25th minute before Millie Bright made it 4-0 at half time.

Beth Mead joined in the goal fest after the interval, Rachel Daly bagged a brace and Leah Williamson and Georgia Stanway were also on the scoresheet.

The Lionesses even missed a 38th-minute penalty when White’s effort was saved by Enija-Anna Vaivode after the Latvia goalkeeper had tripped Lauren Hemp.

White also saw a looping header hit the woodwork before she was one of four players replaced at half time.

Toone started the avalanche in the eighth minute, shooting home unopposed after Latvia had failed to clear a free kick, and she slotted her second after good work by Mead and Fran Kirby.

White lashed in the third after being set up by Toone, and Bright finished from close range at the far post just before half time.

Mead produced a classy finish from Stanway’s pass in the 55th minute to make it 5-0 and Toone completed her hat-trick when drilling in a brilliant near-post effort.

Daly, Williamson and Stanway added three more goals in the space of as many minutes as the Lionesses continued to run riot against poor opposition.