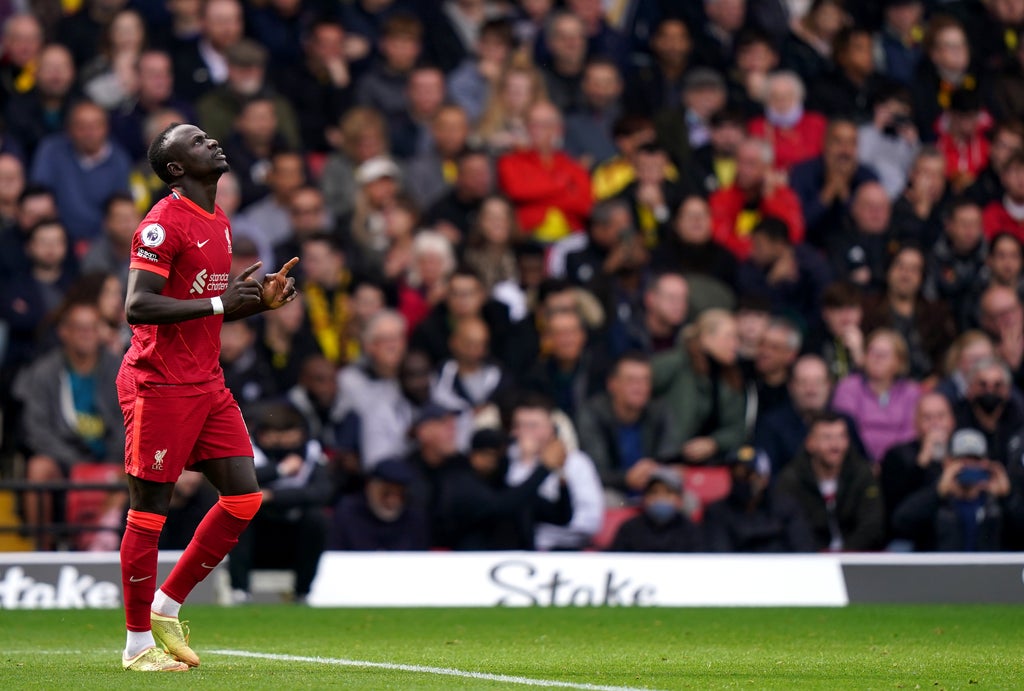 It came just a month after team-mate Mohamed Salah became the 30th player to bring up his century of league strikes.

It has taken eight seasons for Mane to make it to a century – unlike Salah who achieved it in half the time – but he did not have the explosive impact of his team-mate nor the star quality around him early on. Arriving at Southampton from RB Leipzig as a 22-year-old there were still elements of his game which were quite raw but 21 goals in 67 appearances were enough to convince Liverpool. Despite the step up the Senegal international has still only scored 20-plus league goals in one campaign (2018-19). He does not take free-kicks or penalties, however, so all his goals are from open play.

Mane’s strike-rate of a goal every 2.3 matches (100 in 237) might appear low alongside some of his contemporaries in the modern game but it compares to that of Didier Drogba (104 in 254) over a similar length of time and is not that much worse than Romelu Lukaku’s first spell in English football (114 in 254). By comparison, he comes – unsurprisingly – behind Salah (1.6) but ahead of fellow Liverpool forwards Roberto Firmino (3.2) and Diogo Jota (3.3).

Mane has become only the third African player to reach 100 Premier League goals. Former Ivory Coast striker Drogba was the first to the landmark in March 2012. It took nine-and-a-half years for him to be joined by another player from the continent, with Salah bringing up his century against Leeds on September 12.