Jurgen Klopp has confirmed the 27 year-old Belgian forward will be leaving Anfield this summer, at the end of his current contract. The forward had fallen to the seventh attacking option for the 2022 League Cup and FA Cup winners and is on the precipice of joining seven time Champions League Winners and current Serie A leaders, AC Milan.

The striker was part of the ‘panic’ that ensued when Luis Suarez left for FC Barcelona after the Reds fell just short to Manchester City in the 2013/2014 season. He was the only player left from their transfer window, where he signed from Lille for £10 million.

Origi was loaned back out to Lille for the 2014/2015 season as Liverpool had added Mario Balotelli and Rickie Lambert to their side to replace the Uruguayan and believed the Belgian would be best placed out on loan.

Little was expected of the Belgian as he would struggle on his return to France, being named in the Ligue 1 worst XI of the season.

He officially joined Liverpool FC in 2015, alongside current Liverpool vice-captain and another potential summer exit, James Milner (37). In addition to this Liverpool added Roberto Firmino and Joe Gomez, making Divock Origi one of the longest-serving players at the club (behind Jordan Henderson). This would be the last transfer window for Brendan Rodgers at Liverpool FC.

The 20 year-old Origi had a promising start to life at Anfield with a relatively successful five goals from 16 Premier League games (seven starts) and was part of Jurgen Klopp’s League cup runners-up (Manchester City) and Europa League runners-up (Sevilla), scoring 5 further goals including the first goal in the quarter-final comeback against Klopp’s old Borussia Dortmund side, with his other goal being in the first leg.

He would go on to make important goals a speciality but he would still have to get through a large number of trials and tribulations before that.

The 2016/2017 season was an improvement for Origi with seven league goals, 11 in all competitions. He made 34 Premier League appearances as the Reds finished fourth, making the Champions League play-offs.

The arrival of Sadio Mane (2016) and Mo Salah (2017) along with Danny Ings battling for his position meant that the Belgian was not seen as part of the first-team squad and was loaned out to Bundesliga side Wolfsburg for the 2017/2018 season.

His loan spell saw him net six Bundesliga goals in 31 appearances and was another example of his lack of goalscoring prowess, he may have scored important goals like one in the relegation play-off but it was the consensus of many that the Belgian would be moved on like so many of Liverpool’s attacking options who had tried to fill Suarez’s boots.

There was very little hope that Origi would survive the exodus that had seen Liverpool sell Rickie Lambert to West Brom, Fabio Borini to Sunderland, Christian Benteke to Crystal Palace, and Iago Aspas to Celta Vigo and loaned out Danny Ings to Southampton. This was all the period of time since Origi had joined the club.

Liverpool was off the back of a phenomenal season, once again finishing fourth, ahead of Chelsea and Arsenal, whilst making the Champions League final in Kiev.

Whilst the Reds fell short on that occasion, the progress being made under Jurgen Klopp was clear to see and the improvement of the squad had been drastic with a very average squad being systematically changed so that Liverpool could boast arguably some of the best players in the world in every position.

After an average season at Wolfsburg, the Belgian was not expected to stay but Liverpool had already got rid of two strikers in the window (Dominic Solanke to Bournemouth) and the aforementioned Danny Ings on loan to Southampton. The Reds only had Roberto Firmino and Daniel Sturridge as options, so Klopp decided to keep Origi in the squad.

Divock Origi failed to make the matchday squad for the first eight games of the season and saw Daniel Sturridge come off the bench to great effect to score a cracking equaliser against Chelsea. With only two bench appearances in the first 13 matches, he looked set for the exit in January.

Origi was selected in the squad for the Merseyside derby, a fixture in which he had been known to score in, (grabbing a goal in 2016 and 2017 against the Blues) Liverpool was struggling to break down stiff Everton resistance. Klopp made his third substitution in the 84th minute, bringing on Origi for Roberto Firmino.

In what was Origi’s first minutes of the season he hit the crossbar with a close-range effort with minutes to go. Just as the points looked to be being shared, Liverpool won a free-kick. Alisson played the ball to Trent Alexander-Arnold, whose cross was cleared to the edge of the box. Virgil Van Dijk swiped at an ambitious volley and Anfield took a collective sigh. The ball was sailing out for a goal-kick.

Instead, it wasn’t. Jordan Pickford misjudged the flight of the ball and it bounced off the crossbar. Whilst everyone had given up, Origi had remained optimistic either out of blind faith or sheer determination to be the hero. When the ball dropped down he was first to it, heading it in to the sheer delight of all those in red.

The Belgian had come out of nowhere and that one moment may have extended his stay at Anfield for at least one more transfer window, more importantly, the goal kept Liverpool two points behind Manchester City in the race for the Premier League title.

Origi’s chances were still few and far between for the rest of the season, scoring one goal and providing one assist in his next nine appearances.

He would not play an important contribution again until the 4th of May (the Penultimate game of the season), Liverpool had taken the lead through Virgil Van Dijk but the Magpies had levelled the game through Atsu, Liverpool did retake the lead through Mohamed Salah’s neat finish but when Liverpool was caught cold from a corner the title looked to be heading to Manchester City.

This was particularly true when Mohamed Salah suffered a nasty head injury in the 73rd minute, which brought Origi into the frame.

Liverpool knew they would get a chance and it came from a free-kick, Shaqiri’s left-footed swinger from the right was met by number 27, Divock Origi whose header beat Dubravka and sent the away fans into raptures.

It meant Liverpool had taken the title battle to the final day, even after Vincent Kompany’s wonder goal against Leicester City, two days later.

The day after Liverpool’s title hopes took a bruising, they had to recover from the crushing defeat at the Camp Nou (3-0).

Due to Mohamed Salah and Roberto Firmino being injured, Xherdan Shaqiri and Divock Origi were entrusted in the front three alongside Sadio Mane.

The move paid dividends straight away as Jordan Henderson collected the ball from Sadio Mane and his shot was parried into the path of Divock Origi (3-1).

What came next was something out of footballing miracles, Gini Wijnaldum (a second half-sub for the injured Andy Robertson) scored two in three minutes to level the tie at 3-3.

Then with 11 minutes to go, Trent Alexander-Arnold feigned to walk away from a corner. This would seem that significant to someone without the context but in doing this the Barcelona defence hadn’t been set up properly. Divock Origi being the poacher that he is was in the right place at the right time to smash the ball past a helpless Marc Andre Ter-Stegen (4-3), the comeback was complete.

Liverpool had done it, with Origi playing a huge part, in the post-match interview Origi said “we fought until the end“, which optimises Origi’s Liverpool career fighting the end and that attitude will be missed by the club.

Liverpool was 1-0 when Divock Origi was brought on in the 58th minute for the struggling for match fitness Roberto Firmino, they were very much up against it with Spurs pushing for an equaliser.

With four minutes to go, Danny Rose cleared the ball for a corner. James Milner took the corner which was cleared away to Joel Matip, whose first-ever Liverpool assist played into Divock Origi who slotted it past Hugo Lloris.

While very few things could top that goal and the run in the Champions League, Origi has continued to score key goals for Liverpool, these would include a brace in the Merseyside derby in 2019, two goals in the crazy 5-5 draw with Arsenal in the League Cup (2019), goals in the League Cup run this season, late winner against Wolves (2022) and another goal against Everton (2022).

The man has 41 goals in 175 appearances for the Reds, with an opportunity to add to his League title, Champions League, FA Cup and League Cup on Sunday (Premier League) and on the 28th of May (Champions League).

Whether he adds to his titles (including Super Cup and Club World Cup) Origi will be known as a cult hero for Liverpool and will be loved by Liverpool fans for years to come. 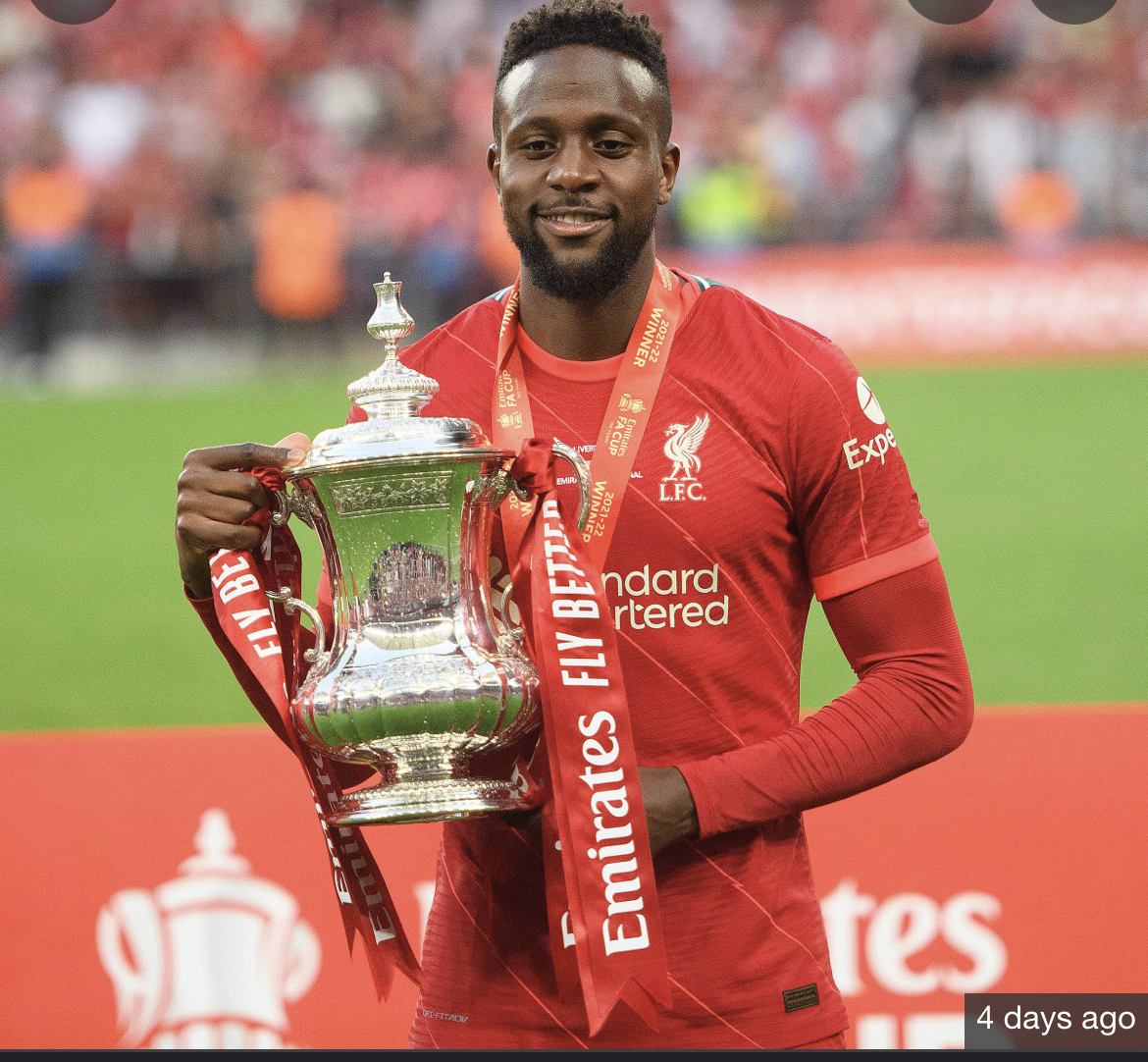