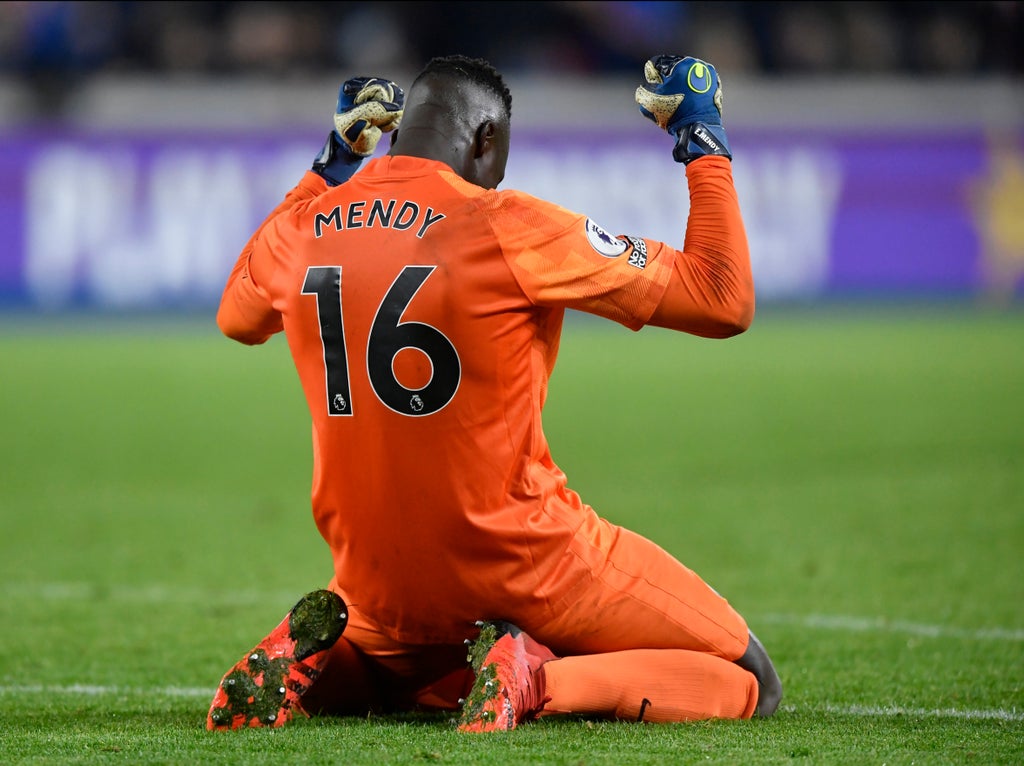 Chelsea left-back Ben Chilwell scored the only goal of the game in his side’s 1-0 win over Brentford, but he was quick to heap the praise on goalkeeper Edouard Mendy for his match-winning contribution in the Premier League game.

Brentford hit the post twice and Mendy made four crucial saves late on as Chelsea held on to claim three points. The goalkeeper denied Pontus Jansson from point-blank range before producing a spectacular stop to tip Christian Norgaard’s overhead kick over the bar to seal the win that took Chelsea back to the top of the table.

Chilwell, who was making just his second start of the Premier League season, showed sublime technique to volley Chelsea into the lead in the first half, in what was also his third goal in as many games for both club and country.

But the England international was under no doubt that it was Mendy who deserved the plaudits following his man-of-the-match display, as the Senegal goalkeeper kept his fourth clean sheet of the season.

“The last 25 minutes he was superb. He’s amazing. We see it every day in training, but he’s getting the credit he deserves in these sorts of games when he’s making big and gets us the three points in the end.

“I’m to get on the scoresheet, the only goal of the game in the end so I’m happy with that.

“Defensively it was tough today, but we showed our steel and how strong we are.

“The first game after the international break, it’s important to get three points and move on to the coming games. Everyone’s been travelling with their countries and we’ve got two days back together to prepare for a very tough game.

“It’s the same for every team, but it’s about mentality, and that was there today.”