The news was stunning, then chilling, finally heartbreaking: Dwayne Haskins, the 2018 Heisman Trophy finalist at Ohio State, the Pittsburgh Steelers quarterback, son, husband, brother and friend was fatally struck by a dump truck Saturday morning while trying to cross a highway on foot in South Florida.

Our hearts go out to his wife Kalabrya; his parents, Tamara and Dwayne Haskins Sr.; and his sister, Tamia.

“It’s been a bad day,” Doug Williams, who won a Super Bowl with Washington and is now a senior adviser to the president of the Commanders, told me on Saturday. “I spent the whole day thinking about how this could have happened. We know it did happen, it can happen. Just trying to find out how and why.”

Haskins and I met for the first and only time two years ago, Feb. 20, 2020, during a symposium on Black quarterbacks at the Global Sport Institute at Arizona State University.

Haskins was a member of a panel I was moderating that included quarterback legends Marlin Briscoe, James “Shack” Harris, Warren Moon and Williams. Jayden Daniels, then a freshman quarterback at Arizona State, was also on the panel with Haskins, who was reserved but insightful and took pains to acknowledge the pioneers on the panel.

What stood out to me about Haskins is that, far from the image that had been painted of him as an aloof and disinterested actor, he knew about the quarterback position, knew about the history of Black quarterbacks and knew how he wanted to play the position.

Haskins began playing quarterback when he was 10 years old. I asked him what he liked about the position. He said: “For me, it never was about color. I just enjoyed the play. Being able to bring a group of 10 players together, a group of men together as a team and play for the same goal. That’s something I admired about the position.”

His favorite quarterback was the late Steve McNair. Interestingly, while Haskins acknowledged Black quarterbacks such as Donovan McNabb and Michael Vick, he said he did not want to be stereotyped.

The tragedy of Haskins’ death at such a young age is how it snuffs out potential.

After that symposium, I began to follow Haskins. He seemed to want so much more out of his young career, though professionally that career may have been sabotaged before it began.

Haskins was born in Highland Park, New Jersey, and moved with his family to Potomac, Maryland, when he was in the ninth grade.

Haskins and his family were ecstatic when Washington drafted him in the first round, the 15th overall pick of the draft. He’d be close to home, though rarely have I seen the hometown-kid-comes-home story turn out well. This one certainly didn’t.

Haskins was drafted by a dysfunctional team run by Daniel M. Snyder, who liked him. Head coach Jay Gruden and his coaching staff, however, did not. Haskins was put in position not to succeed but to fail. He soon was slapped with the label of not being a hard worker. There was an unflattering photo of Haskins pictured slouching on a bench late in a loss.

In the right environment, he may have matured and survived the inevitable foibles of youth. I was pulling for him to do so.

Williams, who joined Washington as a team executive in 2014, became close with Haskins.

“I just watched him physically and I kept saying to myself, ‘The guy has so much talent. I just hope that light just comes on, you know?’” he said. “You watch him do some things on the field that were mesmerizing. He could spin it with the best of them. He just had to put it together.” 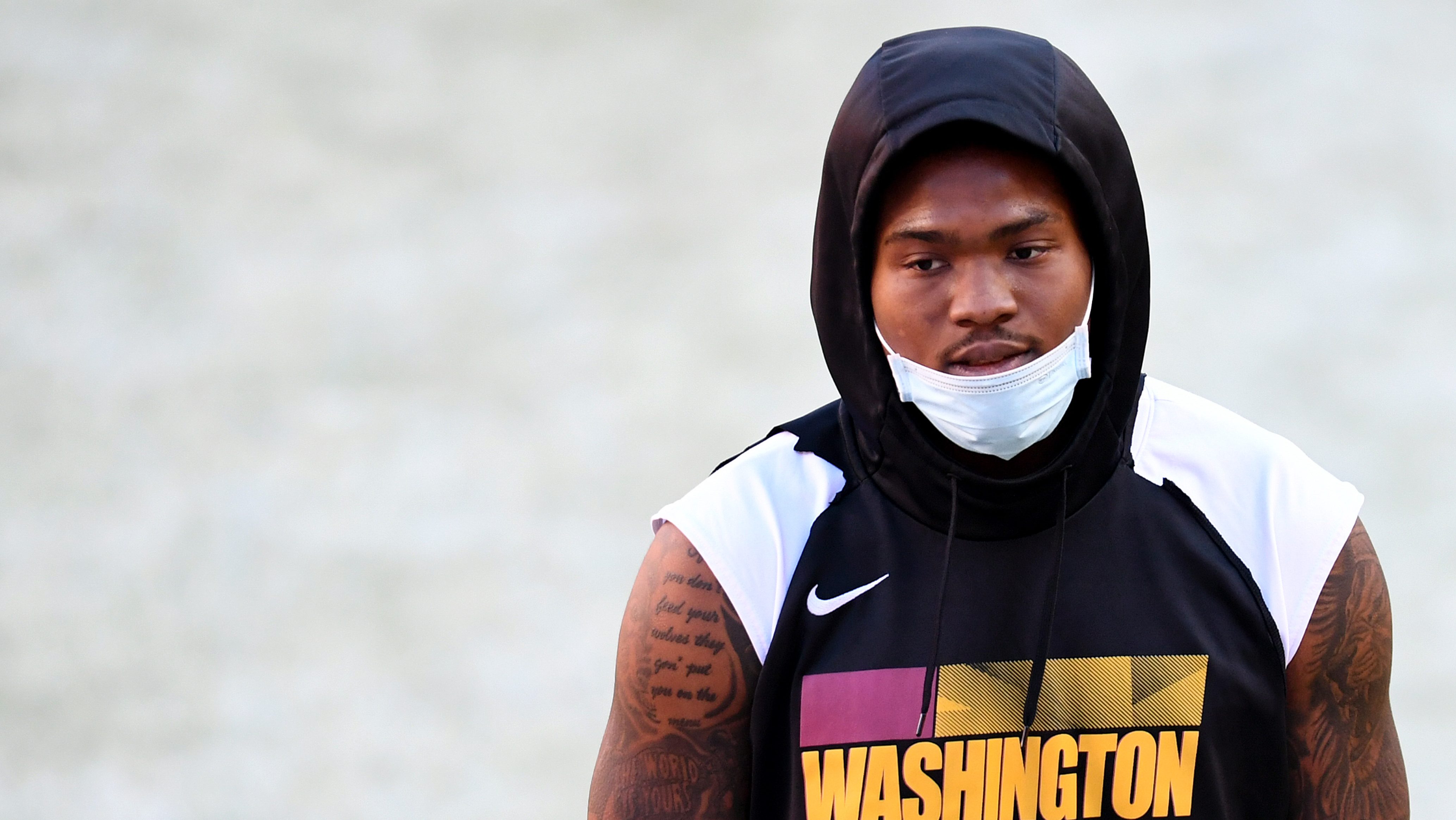 Dwayne Haskins is out in Washington, but he isn’t the only one to blameRead now

I was encouraged at one point in the 2020 season when Ron Rivera, who replaced Gruden after he was fired, made Haskins a co-captain. But after a late-season loss to the Seattle Seahawks, Haskins, not wearing a mask, was photographed at his girlfriend’s birthday party — a party with strippers.

Some other high-profile athletes can get past such indiscretions, but a young player without a track record cannot. Washington fined Haskins $40,000 for this, his second breach of COVID-19 protocols, and stripped him of his captaincy.

Clearly this was all on Haskins, and 10 months after that February 2020 symposium, Washington released Haskins. This was the first major defeat of his career.

Both Williams and I were heartened when Haskins was picked up by Pittsburgh. If anyone could help Haskins redirect and redefine his career, Steelers coach Mike Tomlin could. Even though Haskins would have been entering this season in competition with Mitchell Trubisky and Mason Rudolph, I believed that in time Haskins could mature into an NFL quarterback — maybe even be a starter.

“He called me, we talked and said he was in a good place,” Williams recalled. “That’s all I could think of: He’s with Mike Tomlin. I figured he was in good hands.”

The tragic news out of Florida on Saturday morning dashed those hopes and ended a life far too soon.

Near the end of that discussion back in February 2020, I asked both Haskins and Daniels a hypothetical question: 10 years from now, when a young fan Googles your name, what would you like your entry to say?

I often ask young people this question because they often do not think about where they’ll be in a decade. And once they begin to envision a life 10 years in the future, they can create a plan for how to get there.

Haskins considered the question and said that he wanted to be remembered as more than just an athlete.

“More than what you did on the football field. Of course, you want to win Super Bowls, be in the Hall of Fame one day,” he said. “That’s everything we all dream of doing; I hope and pray that happens. But eventually I want to be a great father one day, being able to give back to the community and be somebody looked upon as a positive influence kids can look up to and say, ‘I want to be like Dwayne one day.’ That’s something I want to be able to accomplish.”

What a heartbreaking day.

William C. Rhoden, the former award-winning sports columnist for The New York Times and author of Forty Million Dollar Slaves, is a writer-at-large for Andscape.