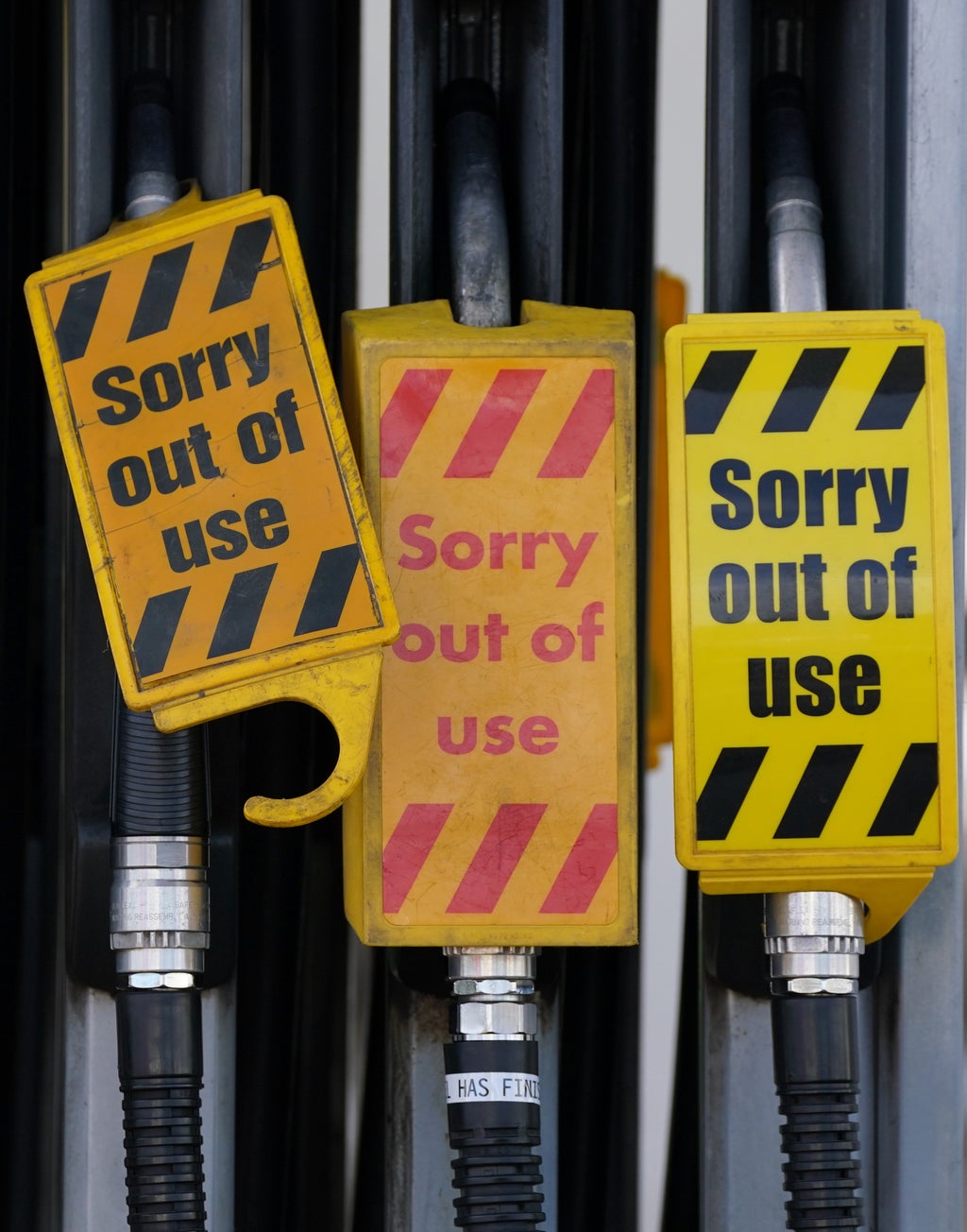 Dozens of non-league fixtures have been postponed due to fuel shortages which are affecting the nation.

Several fixtures scheduled for Tuesday and Wednesday in the Isthmian League and Southern League, both of which cover parts of southern England in the tier below the National League have been called off.

Further down the pyramid, the entire programme in the Southern Combination Football League has been postponed.

A shortage of HGV drivers has been blamed for fuel supply problems which have led to long queues outside petrol stations, many of which have been forced to close as supplies run out.

A number of leagues have responded to the issue by permitting clubs to postpone fixtures if they have concerns over travel.

Though many clubs were quick to take up the option, others responded with frustration that games had been called off at short notice.

Bognor Regis Town said they had wanted their fixture against Leatherhead to go ahead but the Tanners chose to postpone.

Bognor Regis general manager Simon Cook said on the club’s website: “It’s incredibly frustrating because it’s not the longest drive at around an hour and 20 minutes but once the league gave clubs the option to call off games then I suppose we could have predicted that some would do exactly that.

“The ironic thing is that we are still planning to travel to Leatherhead on Thursday for the young Rocks’ FA Youth Cup tie – and currently if we were to pull out of the game we would forfeit the game.”