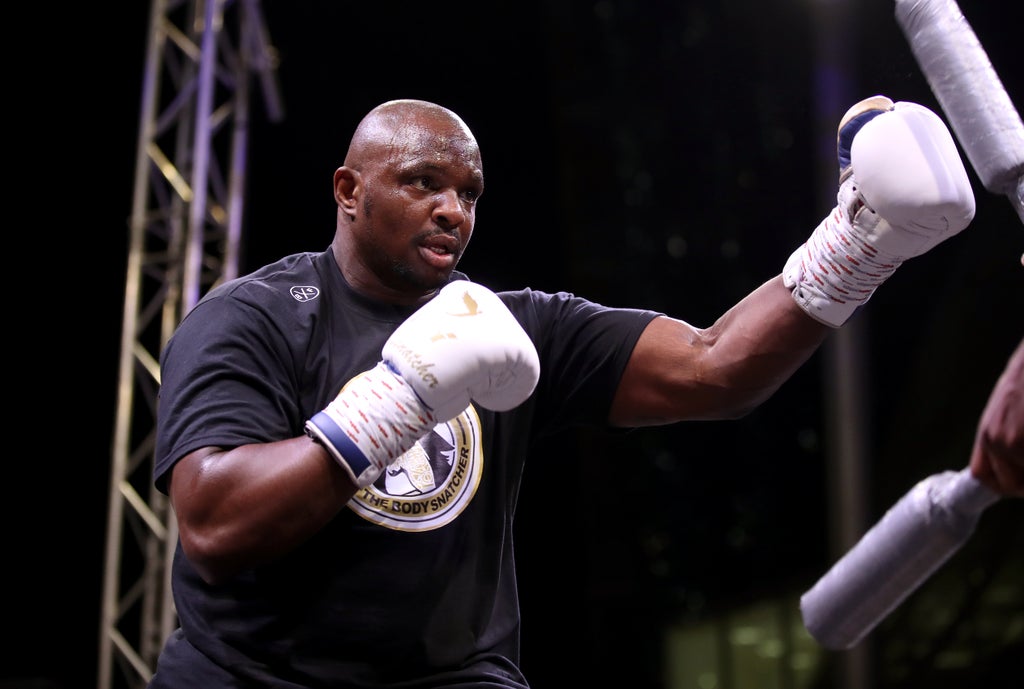 Dillian Whyte could finally get a shot at becoming heavyweight champion of the world should he beat Sweden’s Otto Wallin later this month.

The 33-year-old Whyte could make it 13 wins from his past 14 fights if he sinks the Swede, having been beaten by Alexander Povetkin last year before making amends with an impressive rematch victory.

He is next in line at a shot for the WBC title, and could get his chance against the winner of Tyson Fury’s trilogy fight with Deontay Wilder.

Should Fury consolidate his position with another victory over Wilder, the Gypsy King would have one more fight left on his five-fight contract with ESPN and Top Rank, and an all-British showdown could be on the cards.

Fury had been in talks with Anthony Joshua for a unification fight but Joshua’s defeat by Oleksandr Usyk has left any potential showdown on the back burner.

Fury’s promoter Bob Arum said: “Dillian Whyte is the number one contender, and that could be a big, big fight for Tyson.”

World champion Fury is preparing for a third meeting with his American rival having knocked him out in February 2020 after their first contest ended in a draw.

Wilder chose to remain silent at a previous press conference and Fury says he will not be unsettled by his opponent’s behaviour going into Saturday’s bout.

“I don’t care what they do. None of my business,” Fury told Sky Sports. “I keep my own business to myself and I don’t really care what that big dosser does, nothing.

“I don’t care what he does. If he talks or he doesn’t, it doesn’t make any difference to me. Mind games don’t work with me anyway.”