DAKAR, Senegal — There was a thunderous beat of the drums as the trumpets enthusiastically blared. Men proudly dressed as lions posed, growled and intimidated. The dancers, in the hundreds, more than got their steps in to the beautiful, native sound. And the 7-foot-2 African flashed his famous smile brightly and swayed to the beat, raising hands that blocked a lot of NBA shots.

The buzzer had long sounded on the Basketball Africa League season opener, but the party was still going strong for Dikembe Mutombo and the fans.

In 1987, Dikembe Mutombo Mpolondo Mukamba Jean-Jacques Wamutombo left the Democratic Republic of Congo with a USAID scholarship at Georgetown University in Washington hoping to become a doctor. Mutombo would go on to not only graduate from Georgetown, but become one of the school’s all-time great basketball players. In 2022, the Basketball Hall of Famer is one of the greatest defenders in NBA history, but more important, Mutombo has remained the NBA’s greatest ambassador for Africa and perhaps the world.

So when the Basketball Africa League began its second season on March 5 at Dakar Arena, it was only fitting that Mutombo was there representing the foundation of African basketball.

Nigerian Hakeem Olajuwon was the first African drafted into the NBA in 1984 and became a Hall of Famer who won two NBA titles with the Houston Rockets. Olajuwon is widely considered the greatest basketball player from Africa. But when the Denver Nuggets drafted Mutombo with the fourth overall selection in 1991, the bridge between Africa and the NBA truly began to be built.

After Mutombo was selected, he shook then-NBA commissioner David Stern’s hand as all draftees did. However, Stern also pulled Mutombo to the side and told him he wanted to go to Africa with him. They later did just that — Stern, Mutombo and other NBA players met anti-apartheid activist Nelson Mandela as part of an Africa tour in Johannesburg in 1993.

Stern — who understood the importance of promoting the NBA to the world by playing exhibition games in Europe, getting games on television in China and spreading Basketball Without Borders programs all over the world — made Mutombo the NBA’s first global ambassador in 2009.

“I believed Stern back then because he had the capacity and the knowledge to make things happen,” Mutombo said of the former commissioner, who died in 2020. “He was a very smart man who wanted to rule the continent. I’m so happy that our commissioner Adam Silver and deputy commissioner Mark Tatum [are] following [in Stern’s] footsteps very well. They are committed to the promise David made to see the continent shine.” 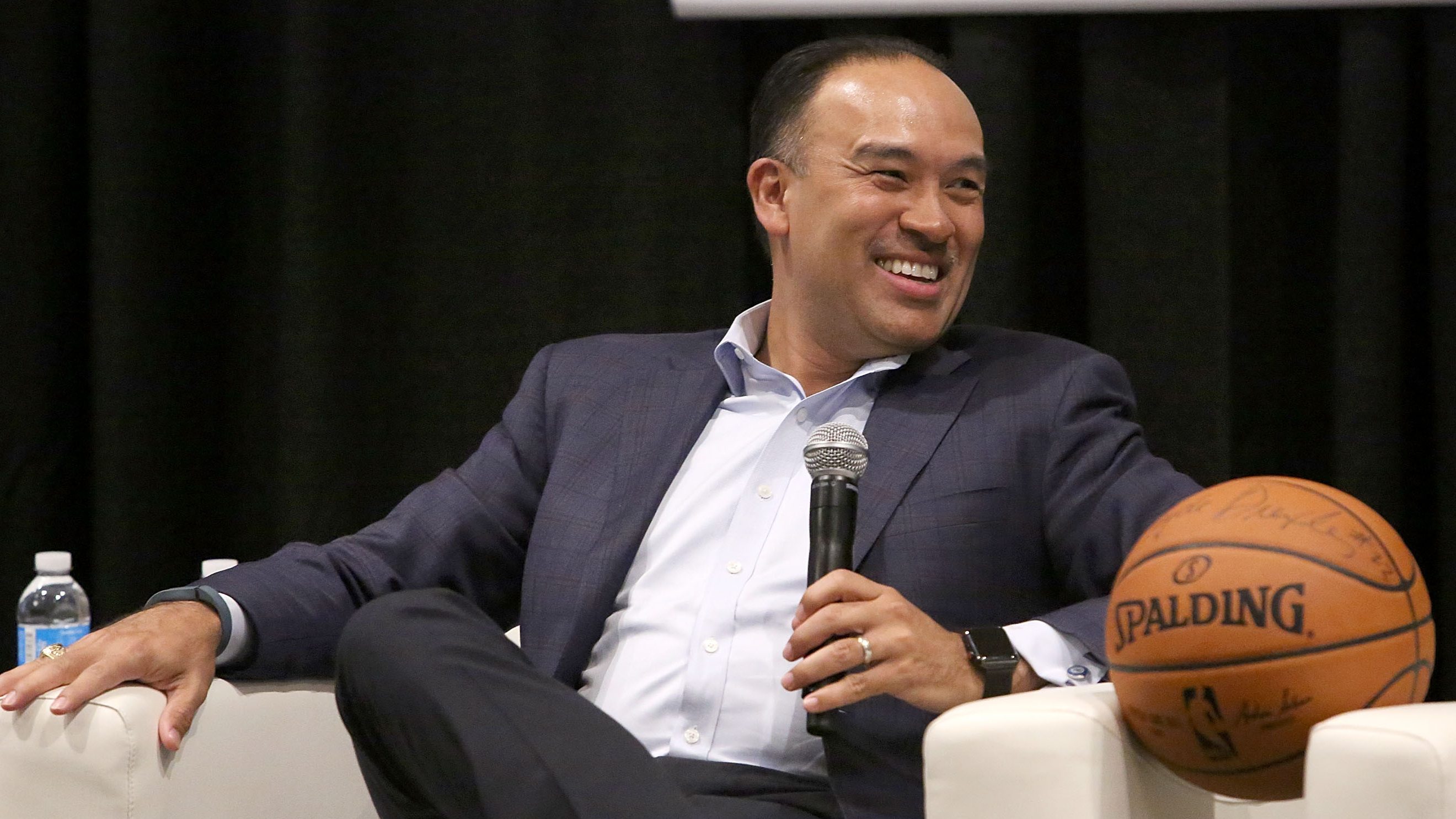 Mark Tatum Q&A: ‘We think that this continent has tremendous potential’Read now

Mutombo was an eight-time NBA All-Star who was named the NBA Defensive Player of the Year four times. His No. 55 jersey was retired by the Nuggets and the Atlanta Hawks. But just as notable was that Mutombo was also named the NBA’s J. Walter Kennedy Citizenship Award winner twice for “outstanding service and dedication to the community.”

Mutombo has also been a big brother for Africans who are either playing or working in the NBA as well. Whether it’s current players, former players, NBA executives or scouts, Toronto Raptors president Masai Ujiri or Milwaukee Bucks star Giannis Antetokounmpo, those working in the NBA with African ties revere Mutombo.

Antetokounmpo is now an NBA champion, two-time MVP and a six-time All-Star, but he sees Mutombo and Olajuwon as the godfathers of African basketball. When the Greek native with Nigerian roots was not well known when he was selected with the 15th overall pick in the 2013 NBA draft, it was Mutombo who made a point after speaking at the rookie symposium in New Jersey to seek him out to offer words of wisdom.

“He said: ‘A lot of people come into the league with great talent but they don’t last long. They’re not healthy. The average of being in the NBA is four years. How do you beat that?’ That’s the first step. He said never leave the arena or practice facility without icing your knees and ankles and take care of your body. Since then, I’ve done it every single day.”

Mutombo’s impact off the court in Africa has been felt since the mid-1990s. In 1996, he covered the expenses for the Congo’s women’s national basketball team’s trip to the Atlanta Games and bought their uniforms. In 1997, he established the Dikembe Mutombo Foundation, “whose mission is to improve the health, education and quality of life for the people in the Congo.”

Mutombo opened a $29 million hospital in 2009 near the Congo’s capital city of Kinshasa, where 7.5 million people live in poverty. He also promoted basketball globally through Basketball Without Borders, which has included camps in Africa, and played in the 2015 NBA Africa Game.

So why does Mutombo care about helping not only Africa but the world?

“I came to the point to understand that I’m not living in this world by myself,” Mutombo said. “I live in a world surrounded by people of different culture, different languages, people who come from different places and different islands. I don’t go and look for who’s Congolese, who’s African. I just look for people that are there. And I come to this point to say, what kind of investment are we making to ensure that the future generation have all the tools necessary that will carry them onto the next chapter of their life?

“And I don’t think anyone is doing enough, especially in Africa. I don’t think we’re doing enough. We still have a long way to go, but we need to put our resources together to make sure the future of the next generation are bright. And I might not get a chance to live in Africa again, but I still want to find this generation that are left behind because I came from a generation that had nothing given to them, and I don’t want the next one to go through the same process.” 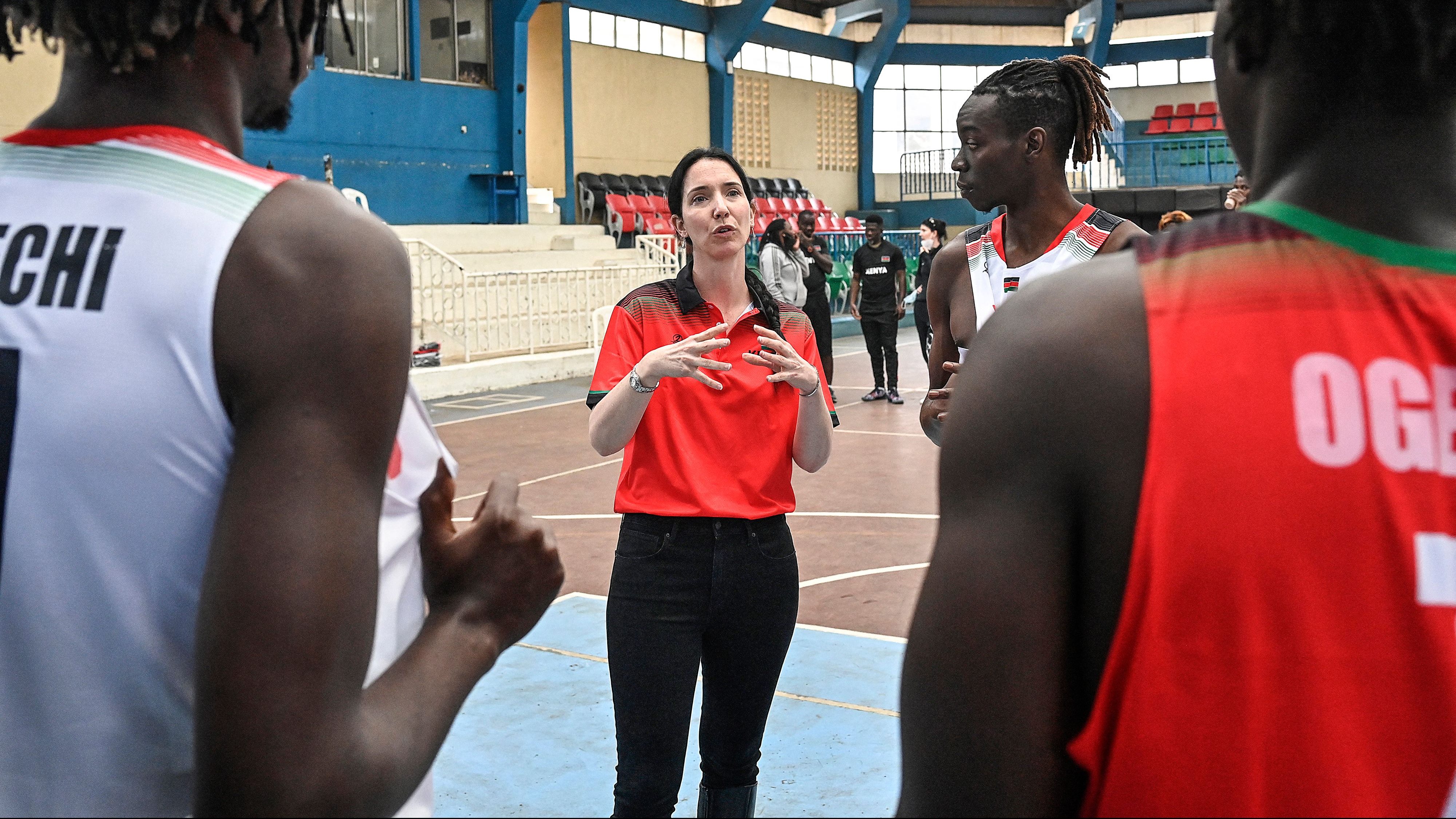 “A lot of African basketball players look up to him,” Antetokounmpo said. “He is always involved in anything that is going on back home in Africa.”

Mutombo Coffee sources its beans from African coffee farms that women predominantly run through the Women in Coffee Initiative. The initiative was founded in 2014 to “break the fear of women to enter the coffee business.”

“Previously I heard about Dikembe Mutombo because my dad was a big basketball fan and we watched the NBA every Sunday afternoon,” Mbula Musau, the founder of Utake Coffee Limited in Kenya, told Andscape. “Decades later, I was quite surprised when he started Mutombo Coffee. I was like, ‘Is this the same person?’ Then I saw him on a webinar and I was like, ‘Yeah, for sure.’ It’s many years later, but it’s still Dikembe Mutombo. Many years later after seeing him on TV thousands, thousands of miles away playing basketball and now we are in the same sector, is something very special. They are supporting coffee in Africa. They are supporting women in coffee in Africa.” 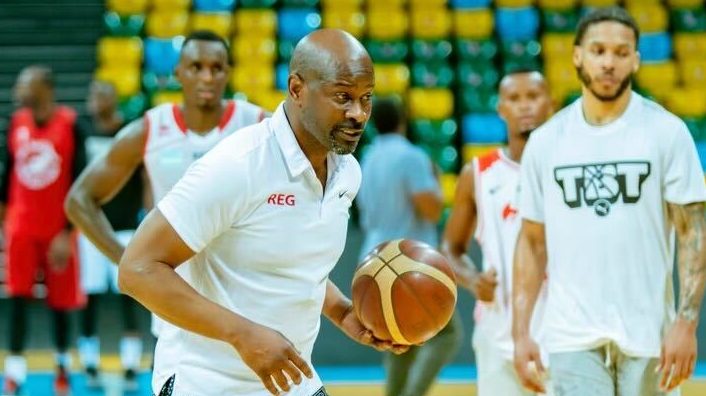 Mutombo was ecstatic to be on hand when the 2022 BAL season began, where he saw his former Nuggets teammate Robert Pack coaching REG. He also joined Ujiri in the Ivory Coast on March 7 when the latter dedicated a basketball court.

The Basketball Africa League was supposed to debut in 2020 but was postponed due to the coronavirus pandemic, which is still challenging the league. The league is scheduled to have qualifying action in Cairo, and the playoffs will take place in Kigali, Rwanda — both of which Mutombo plans to attend. The NBA’s hope is that the league will help develop homegrown talent who will eventually play in the NBA or Africa.

Seeing a professional basketball league that connects Africa as a continent means a lot to Mutombo.

“It’s very emotional … a dream come true, especially for me, being of African descent, and as someone who has invested a lot of time and resources to the improvement of the game around the continent of Africa,” Mutombo said. “And now you see the reality, that it has continued to develop. So, right now, we are celebrating the second year. It’s like seeing a child that’s sitting down and is now just learning how to walk.”

Said league president Amadou Fall: “We are only scratching the surface, but all indication is that it’s a very, very bright future. You need talent. This is where it all starts.”

The NBA has some tremendous ambassadors for the growth of basketball in Africa in Ujiri, Fall and several others. But when it comes to being the face of African basketball, it is Mutombo who stands tallest.

“There were some kids from high school that came up to me and said, ‘Thank you,’ ” Mutombo said on March 5. “People don’t even say, ‘How are you doing?’ no more when they see me. When I’m in Africa particularly, people just walk up to you and they say, ‘Thank you so much.’ And then you go and you say, ‘Why did you say thank you to me?’ You’re trying to figure out what did you do right now. We came in, we did what we were supposed to do, and then we set the tone. We left the dream to the new generation.