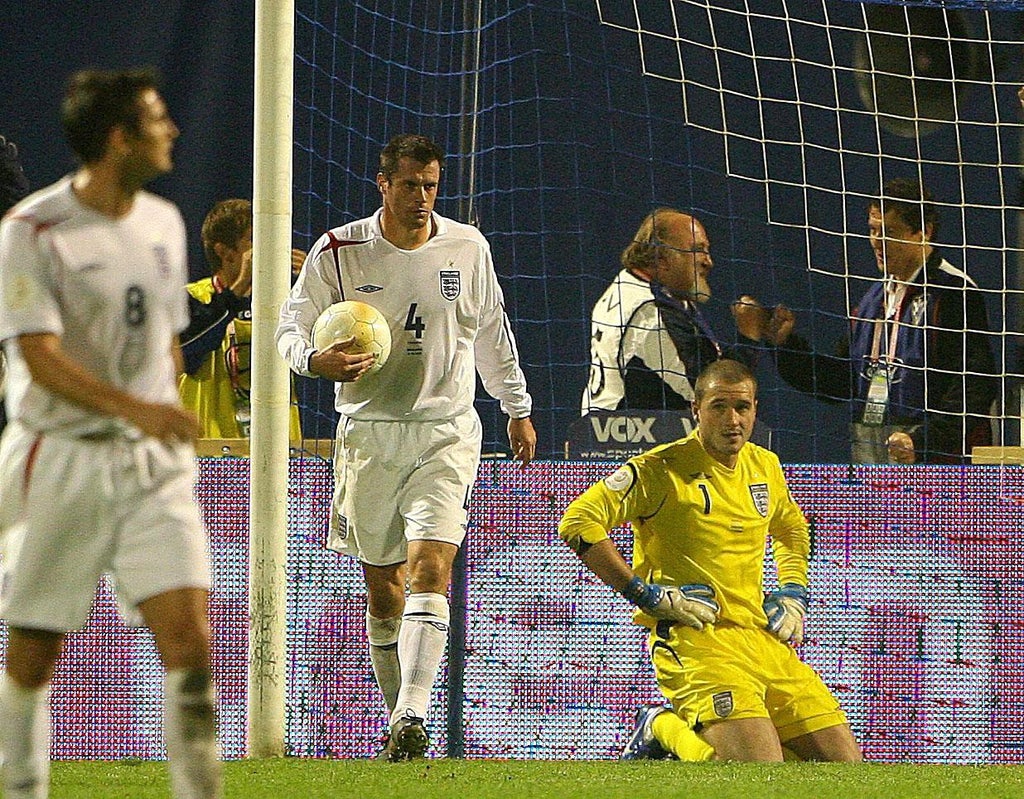 Danny Ward joined a lengthy goalkeeping roll-call of shame with his own goal in Wales’ 2-2 World Cup qualifying draw in the Czech Republic Here, PA looks at some of the most shocking clangers between the international sticks.

Eccentric goalkeeper Higuita would later conjure an unforgettable moment with the scorpion kick clearance against England at Wembley. But the lively gloveman lost his bearings entirely at Italia 90, losing the ball in midfield on one of his rambling runs – gifting Roger Milla a stroll to the crucial goal in the last-16 clash.

Former Barcelona and Valencia stopper Zubizarreta managed to deflect a harmless cross into his own net, as Spain slipped to a chastening defeat to the Super Eagles at France 98.

Kahn had numbered among the tournament’s outstanding players in driving Germany to the final in Japan and Korea. But the Bayern Munich stalwart faltered at the last, spilling a modest shot from Rivaldo to gift Ronaldo a tap-in.

Robinson had plenty of time to deal with Gary Neville’s routine backpass, but somehow conspired to produce a fresh-air swing, with the ball rolling tamely into the net.

Fulham’s Clint Dempsey’s speculative 30-yard effort should have been meat and drink for England man Green. Instead, he somehow let the ball slip through his hands, to stymie England in their opening match at the tournament.