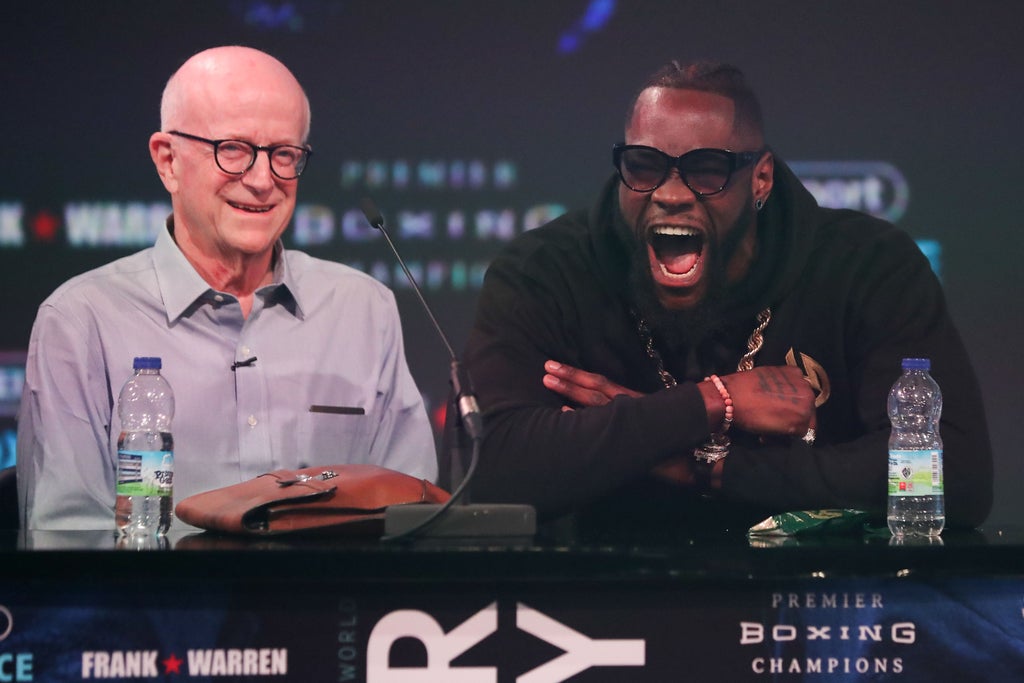 Deontay Wilder’s manager has ruled out a fourth fight with Tyson Fury, warning the ‘Gypsy King’ that he “won’t want” any more of the American after Saturday’s trilogy fight.

WBC heavyweight champion Fury and Wilder meet in Las Vegas on Saturday for a third time, with the Briton favourite to retain his title won via a seventh-round knockout in their last bout in February 2020.

Fury looked set to face British rival Anthony Joshua before he was ordered to fulfil his trilogy agreement with Wilder, who he first met in a thrilling draw in December 2018.

The 33-year-old could fight the winner of Oleksandr Usyk’s rematch with Joshua, should Fury defeat the ‘Bronze Bomber’ for a second time, while Dillian Whyte is also in contention as the mandatory WBC challenger.

There is no rematch clause in Fury and Wilder’s upcoming bout, with Wilder’s long-time manager Shelly Finkel admitting there is little appetite for a fourth meeting. Finkel also believes that his fighter will upset the odds and reclaim his heavyweight title.

Asked whether a fourth fight could be on the cards, Finkel told The Sun: “At this point no. We’ll see what happens in the fight, but at this point no.

“And I would think, if my clairvoyance is correct, Fury won’t want any more part of him after this. I guess I’ve been with him about 14 years now, and this is the best I’ve ever seen him.

“From everything combined, including physical and mental. He’s stronger physically, mentally really focussed on this. I just don’t see how Deontay’s not going to knock him out this time.”

Whyte would solidify his claims to a WBC title shot if he defeats Otto Wallin next month, with Fury’s promoter Bob Arum admitting that the London fighter is the “number one contender”.

“That could be a big, big fight for Tyson,” he said.