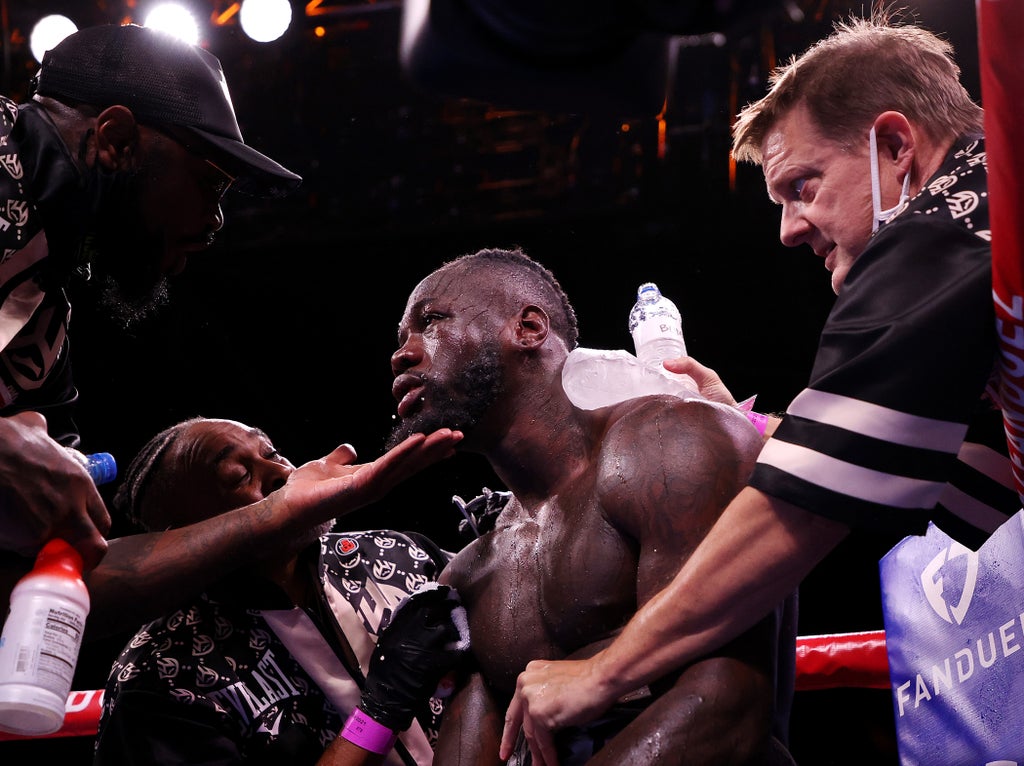 Deontay Wilder is likely to return to the ring next spring, according to his co-manager Shelly Finkel, as the heavyweight recovers from his knockout loss to Tyson Fury.

Wilder and Fury fought to a controversial split draw in December 2018, before the Briton stopped Wilder in the seventh round of their rematch 14 months later.

Their rivalry ended in Las Vegas last weekend, when Fury knocked out the American in the 11th round to retain the WBC title he took from Wilder in their second fight.

While some in the sport have speculated that Wilder, 35, could retire following these back-to-back losses – the first defeats of his professional career – the former champion is seemingly keen to return to the ring.

Wilder’s trainer Malik Scott first confirmed that his fighter has no plans to retire, and the heavyweight’s co-manager Finkel has now provided a potential timeline for a return.

“The knuckle is okay, it’s the bone behind the knuckle that broke. He’s sore, but he was okay. He was home yesterday.

“He’s healing and at this point, if everything is okay after the hand surgery, he’ll probably look to enter the ring mid-next year, like April or May.”

Wilder has in any case been handed a six-month medical suspension by the Nevada State Athletic Commission, meaning April would be the earliest the American could next fight – in Las Vegas, at least.

When asked about potential opponents for Wilder, Finkel did not rule out Anthony Joshua, despite the fact that the Briton has activated a rematch clause following his defeat by Oleksandr Usyk last month.

Joshua was outpointed by the undefeated Ukrainian in north London, losing his heavyweight belts in the process.

“It’s early and we have to get through Usyk [vs] Joshua and see a couple of other possibilities,” Finkel said.

“[Joshua vs Wilder] is a massive fight, no matter what happens in the Joshua-Usyk fight.

“And I’m not sure that Usyk, even with his great skills, will be able to deal with the size of Fury.”