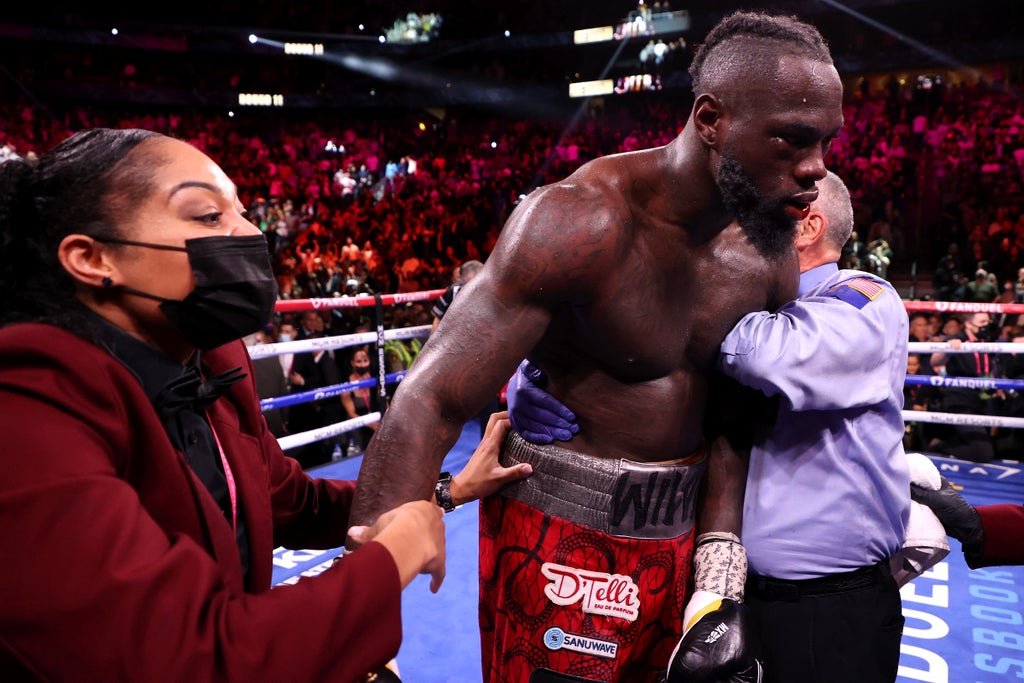 Deontay Wilder has retained his number one ranking with the WBC, despite losing his last two fights to champion Tyson Fury.

Wilder has not won a fight since defeating Luis Ortiz in November 2019 and has fallen out of heavyweight title contention following his latest defeat to Fury last Saturday.

The former WBC champion lost his belt to Fury in February 2020 before he was knocked out again as the ‘Gypsy King’ defended his title in a thrilling contest in Las Vegas.

Oleksandr Usyk and Anthony Joshua are excluded from the WBC rankings, as is Dillian Whyte as he is the WBC’s interim champion.

Whyte will also retain his status as the WBC’s mandatory challenger if he defeats Otto Wallin on October 30.

Wilder is ranked ahead of former heavyweight champion Andy Ruiz Jr and former Olympic silver medallist Joe Joyce, who Fury has tipped to be a future champion in the division.

Wilder received a six-month suspension from boxing following his knockout defeat to Fury and has undergone surgery on his right hand.

The American is targeting a spring comeback, according to his manager Shelly Finkel, who did not rule out Joshua as a future opponent if he fails to reclaim his titles from Usyk in their rematch next year.

“He’s healing and at this point, if everything is okay after the hand surgery, he’ll probably look to enter the ring mid-next year, like April or May,” Finkel said.

“It’s early and we have to get through Usyk [vs] Joshua and see a couple of other possibilities.

“[Joshua vs Wilder] is a massive fight, no matter what happens in the Joshua-Usyk fight.

“And I’m not sure that Usyk, even with his great skills, will be able to deal with the size of Fury.”