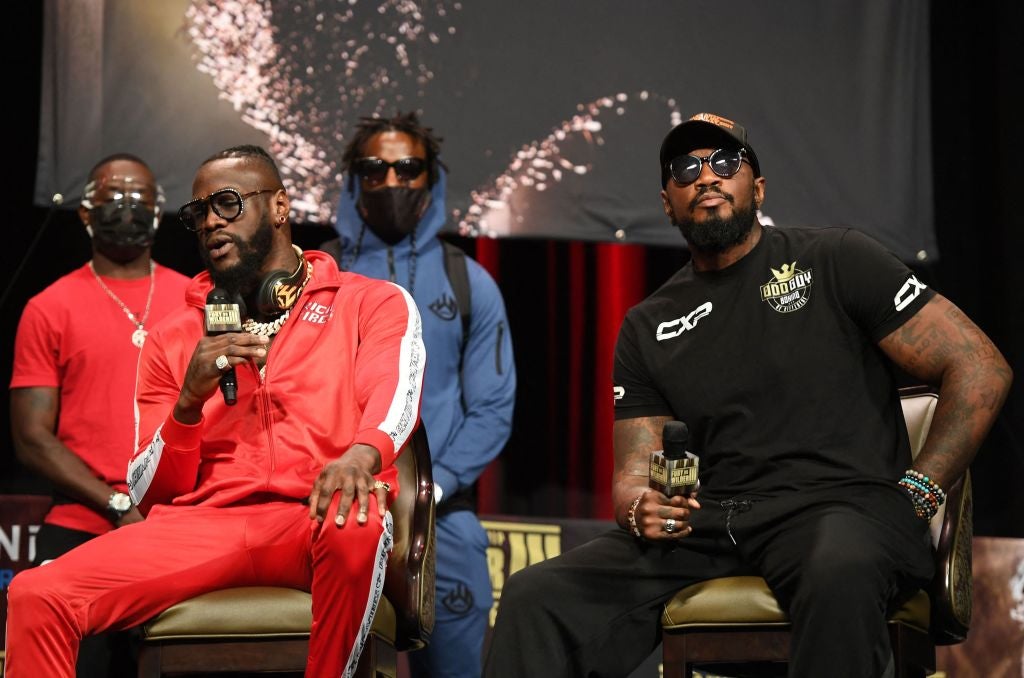 Deontay Wilder’s trainer Malik Scott says his fighter is a more rounded athlete now and has the variety in his game to take down Tyson Fury.

The pair go head-to-head in Las Vegas on Saturday night and while Fury is the favourite – and the reigning champion after he beat Wilder in early 2020 – Scott has backed the American boxer to surprise many and win.

Key to his progression is Scott’s attempts to eke out every trait Wilder possesses in the ring; having taken over as his trainer after the last meeting between the two heavyweights, Scott wanted to see Wilder push his limits and give opponents far more to deal with than just his famed right fist.

The result, he says, is Wilder in the form of his life.

“Deontay, in my opinion, has ruled the heavyweight division, had 10 defences and was just using one weapon, and on certain occasions he’d use two or three,” Scott explained.

“He got content with knocking people out with one weapon, which was the right hand. What I did was I went to his toolbox and pulled everything out that he does well. Deontay Wilder can do it all. I just pulled a lot of stuff out of him in training camp. I made sure we drilled him with intent.

“He’s more dynamic now. That’s the best Deontay Wilder we’ve ever seen. People make it seem like he’s totally outmatched [by Fury] but I just don’t get it.”

As well as feeling Wilder is at the very least on a par with Fury, Scott says there’s a tactical plan in place which makes the most of his own boxer’s traits – and could prey on the weakness of the Gypsy King.

While the first bout between the two went the distance, Wilder retaining his title after a split-decision draw, there will be no such longevity this time around according to Scott.

“Is every mistake that Deontay made in the ring gone? Absolutely not but he can be very surgical now and knock Tyson Fury out within five rounds.

“Deontay’s especially dangerous from rounds one to five, although he can go one to 12. Fury takes his opponent for granted in three to six when he feels he’s taking control of the fight.

“But we’re going to make him pay. We’ll see if he can take that onslaught.”