The Debut show of the Wasserman Boxing-Channel 5 partnership which was formed in March of this year, did not disappoint in the slightest. On a very well matched card headlined by Linus Udofia vs Denzel Bentley, we saw two excellent fights and a knockout of the year contender as well as some rising prospects taking center stage for everyone to see.

The Indigo At The O2 had a strong crowd and atmosphere from the first bell with the main event saw the 2,500 sell-out crowd very lively for what was an excellent main event, worthy of a spot on terrestrial television. One criticism is that the Indigo at The O2 was not an ideal venue for spectators, although it looked fantastic for the TV element.

Former British Middleweight Champion, London’s Denzel Bentley (15-1-1) reclaimed the Lonsdale Belt with a highly entertaining split-decision victory over undefeated English Middleweight champion Linus Udofia (17-0). Udofia, the Wasserman Signed prospect, was the slight favourite in what many claimed was a 50-50.

Despite arguably losing the first, Udofia controlled the early action with the higher work rate and more powerful and accurate shots with many giving him almost everything through from 2 to 6. At the halfway point, Bentley realised he needed to up his own work or he was at risk of losing and he did just that for the second half.

Udofia had punched himself out after the first six and consistently came off second best in the last portion of the contest. Bentley hurt Udofia at the end of the 7th, 8th and 9th round with him arguably scoring a knockdown in the TBA.

Josh Kelly Fight is Cancelled At The Last Minute

To the utter disappointment of Josh Kelly, his return to the ring after 15 months outside the ring was cancelled at the last minute. The reason for this was due to him missing the weight and his opponent Xhujlio Vrenez refusing to fight despite initially agreeing.

Wasserman offered Vrenozi ‘basically 3x his original purse’ but it was clear he had no interest in fighting. Tough luck for PBK, but he will make his ring return on the next Wasserman show on June 17th in Liverpool.

Unbeaten Super Lightweight, TBA’s Harlem Eubank (13-0) scored a second-round KO over gatekeeper Sean Dodd (17-6-1). Eubank-Dodd was originally billed as the Channel 5 Main Card opener and then to appear on the YouTube portion, but in the end, it did neither and was missed by fight fans who were not in the arena.

Eubank countered the slow right hand of Dodd with a sharp left hook one again proving his punching power. There is plenty of great domestic fights out there for him and one of them is a huge clash with fellow unbeaten prospect Dalton Smith that could be ordered for the British 140-pound belt soon.

The Newquay Bomber, Brad Pauls (15-0) claimed a split decision victory over veteran Ryan Kelly (16-3) in a final eliminator for the British Middleweight Title (which Bentley now holds). Pauls won by scores of 96-94 and 96-95 with judge Terry O’Connor scoring the fight 97-93 against him; another case of incompetent judging by the same judge. Nobody had Kelly up, especially by that margin.

Pauls claimed the early rounds with Kelly not having the sharpness or energy to compete but as the rounds got on, Kelly got more and more into the fight and a strong spell late saw this fight more competitive than it probably should’ve been. A lot to work on for Pauls and there is still plenty of fights out there for Ryan Kelly.

Rest of the Linus Udofia vs Denzel Bentley Undercard

Constantin Ursu (4-0) scored two knockdowns to outpoint Borja Lopez (1-2) over four rounds. In an impressive showing, Ursu proved why he should be the prospect to watch in the Wasserman stable.

Kathrina Thanderz (13-1) fought an unexpected tough contest against Tereza Dvorakova (4-6) outpointing her 58-56 in a display that is far from world level where she intends to be.

Harvey Horn (9-1) returned from defeat to beat Alejandro Torres (2-10) over six rounds 60-54 and put himself back into title contention.

Razor Ali (4-0), who had plenty of support present, beat Khvicha Gigolashvili (18-52) 60-54 in a contest where it could be said that the best of his ability did not show.

In the show opener, Dan Morley (7-0) stopped Ivan Njegac (13-23) in the fourth round. Njegac is not the hardest person to stop by prospects and Morley did just that. 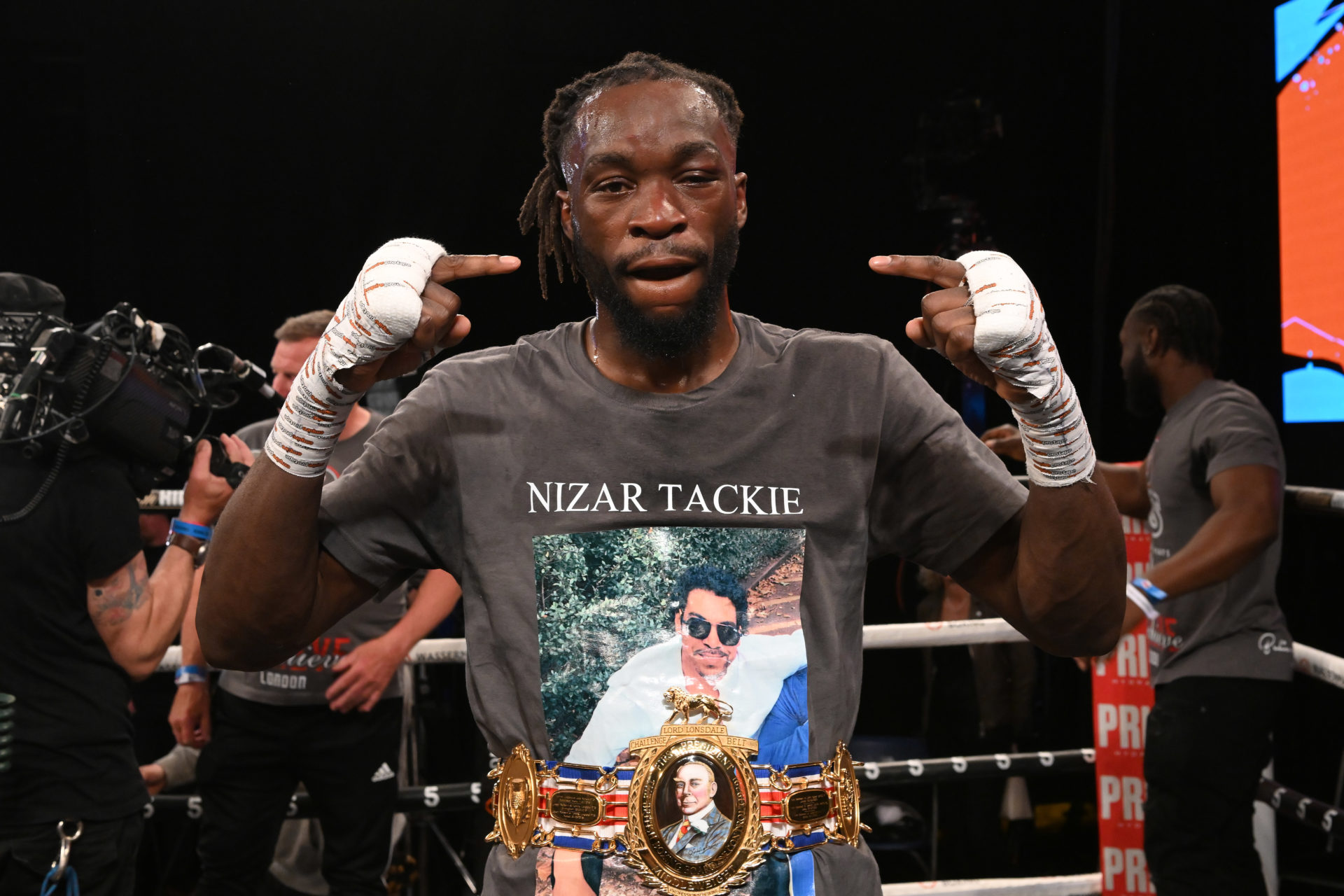