Dele Alli ‘could LEAVE Everton this summer’ after just six months… but the club are asking for £20MILLION for the ex-Tottenham man – even though he hasn’t made a single start for them since joining in January!

Dele Alli ‘could leave Everton in the summer’ just six months after signing a two-and-a-half-year contract with the Toffees.

The 26-year-old England international has made nine appearances off the bench for his new club but has yet to start a game amid a fierce relegation battle.

Although there was no initial transfer fee, Everton will owe Tottenham anything up to £40million if certain performance bonuses are met. The first £10m is due after Alli’s 20th Everton appearance. 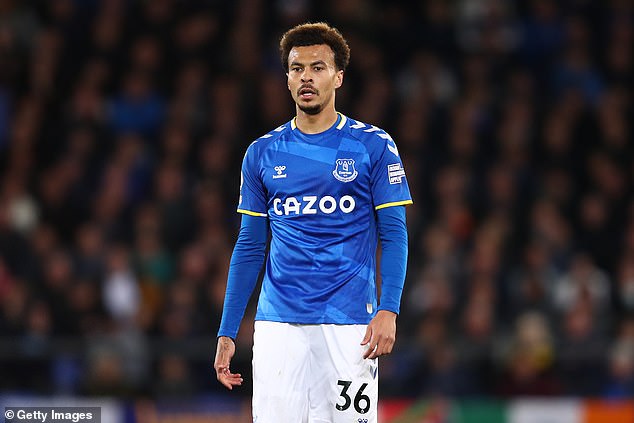 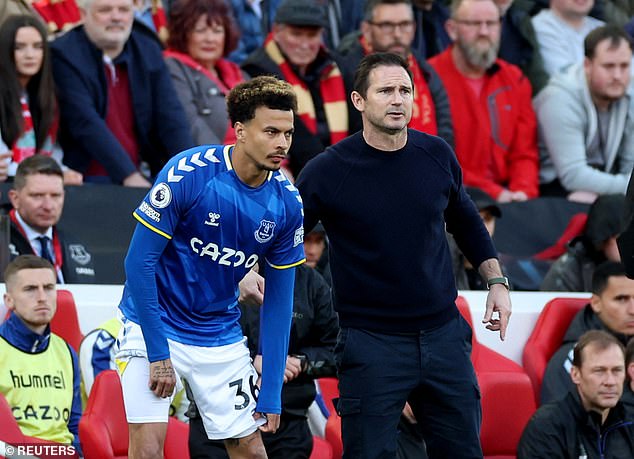 But the midfielder may have left Goodison Park before then, according to The Sun, so Everton would have to pay Spurs 25 per cent of any money they receive. The Toffees are reportedly looking for a £20m fee.

Alli hasn’t scored or set up a goal during his nine appearances for Everton, with Frank Lampard – the reason the player decided to make the move – using him sparingly.

Everton sit in 16th, two points above the bottom three, ahead of the final few days of the season. They host Crystal Palace on Thursday night before heading to Arsenal on the final afternoon on Sunday.

Just this week, Lampard urged Alli to keep fighting for his place in the Everton team. 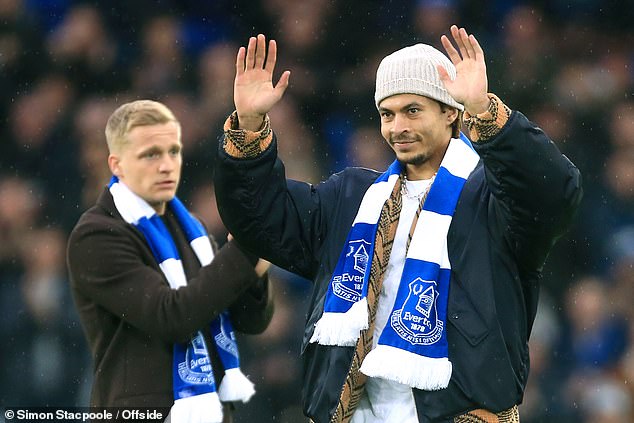 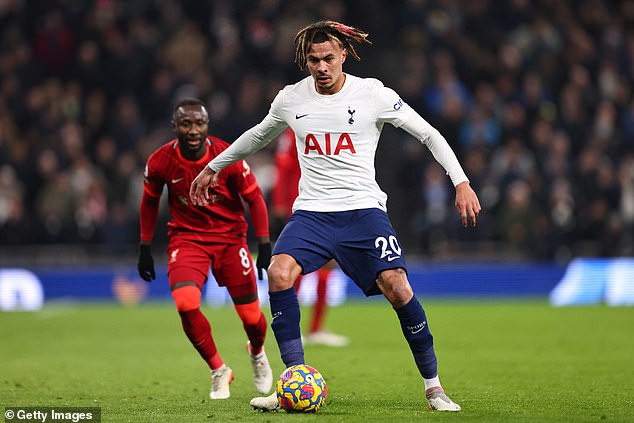 Asked if he’d spoken with Alli about his future, Lampard said: ‘I have had those discussions with him.

‘He’ll be very clear as to where I am and at the moment I’m much more concerned about the collective, getting over the line as a group.

‘If Dele plays his part in these three games then great. He’s come on at times and done good things for us.

‘It’s an area of the squad where we have other players that have been playing, that’s just the reality of the situation.

‘He needs to just keep training hard and stay really well focused and fight for the opportunity.’