“I haven’t talked to Coach Saban. I’m sure he’s tried to call. We need to talk publicly — not privately. What you said was public. That doesn’t require a conversation. Let’s talk publicly and let everybody hear the conversation,” Sanders told Andscape on Thursday.

“But he took a left when he should’ve stayed right. I’m sure he’ll get back on course. I ain’t tripping.”

Sanders, who has done several Aflac insurance commercials with Saban, also issued a warning. As a former NFL star who has relationships with dozens of players he met either when he covered the draft for 14 years as an employee of NFL Network or as a head coach at the Under Armour All-America Game, Sanders said coaches don’t want him talking about what he knows when it comes to paying players.

“I don’t even wear a watch and I know what time it is. They forget I know who’s been bringing the bag and dropping it off,” Sanders said. “I know this stuff. I’m not the one you want to play with when it comes to all of this stuff.”

Saban didn’t name the player, but Travis Hunter, ranked No. 2 on the ESPN 300 recruiting list, flipped from Florida State to Jackson State in December. 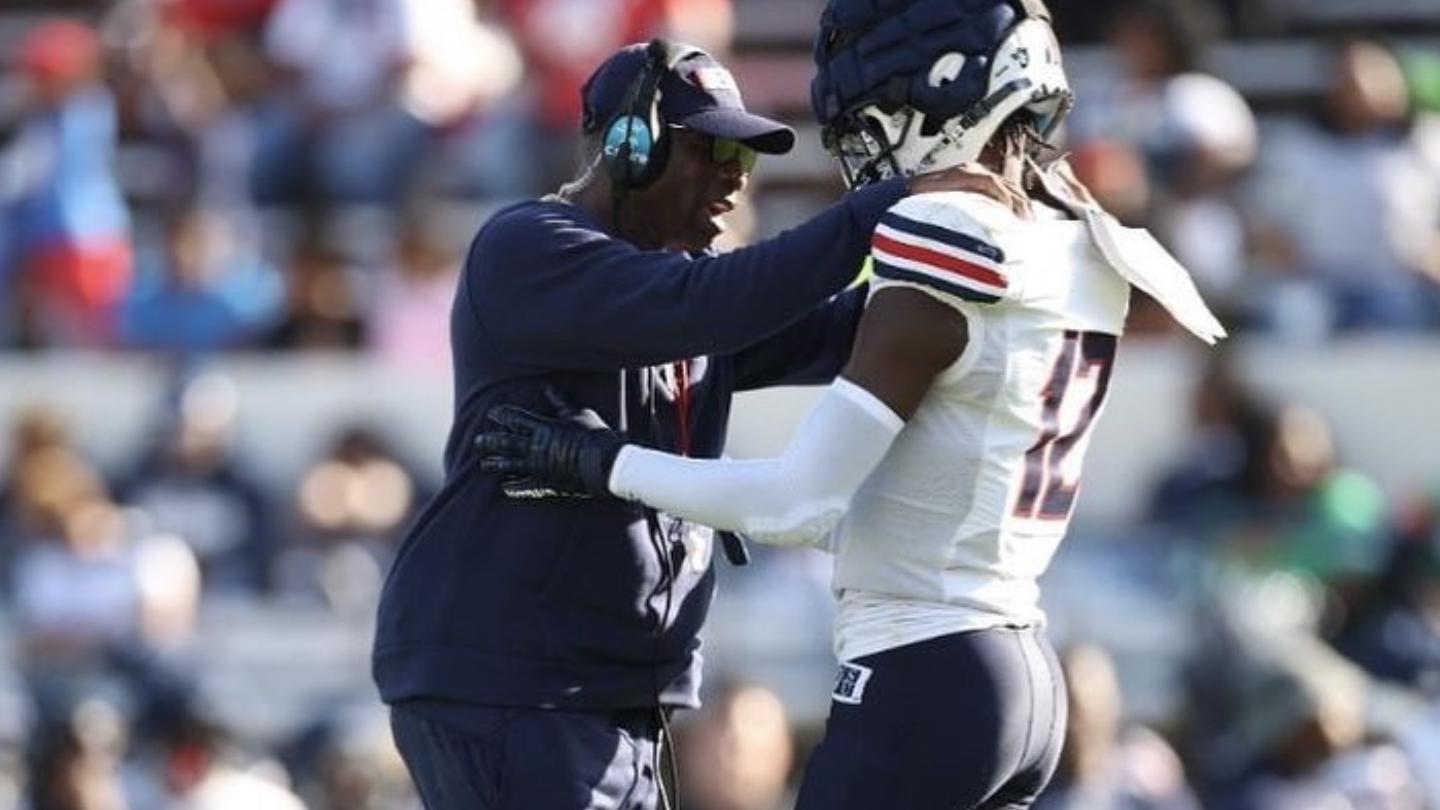 “Jackson State paid a guy $1 million last year that was a really good Division I player to come to school,” Saban said. “It was in the paper. They bragged about it. Nobody did anything about it.”

The Southeastern Conference publicly reprimanded Saban on Thursday for his comments.

Hunter, the first five-star player to sign with an FCS school, idolized Sanders as a kid. Hunter’s father rooted for the San Francisco 49ers, which is how Hunter became such a Sanders fan. Jackson State also signed receiver Kevin Coleman, the seventh-ranked wideout in the ESPN 300.

“Once upon a time the bag was just a bag. Now, there’s equality among the big boys. We don’t have those types of bags. We don’t have the boosters and donors and givers,” Sanders said. “Leave me out of that mess y’all got going on.

A source said Hunter has two current NIL deals and two pending. The deals are worth less than $250,000.

Saban also said Texas A&M paid all of its recruits to sign with the Aggies. Sanders said he didn’t think Saban was taking personal shots at him or Texas A&M coach Jimbo Fisher.