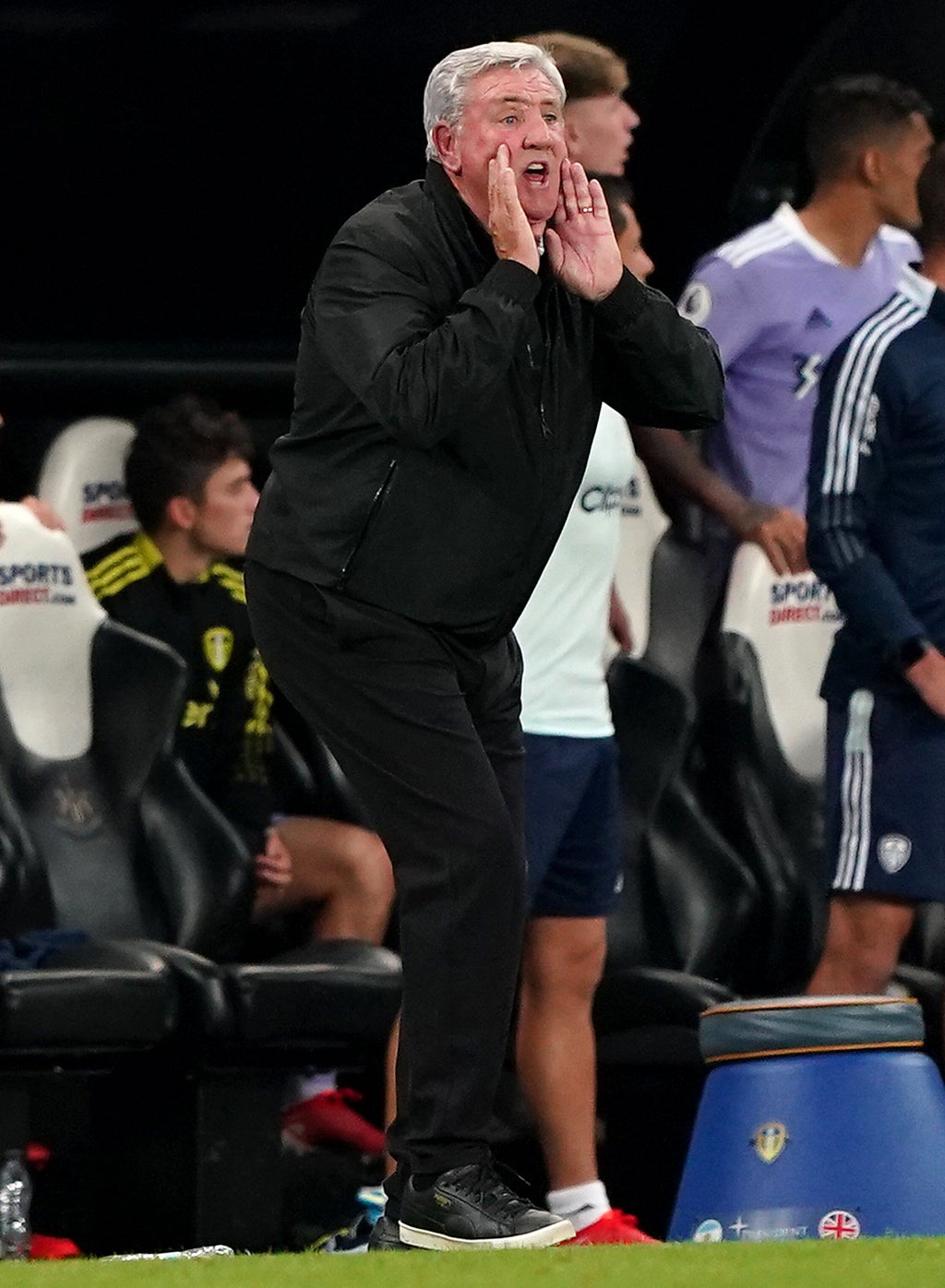 The 60-year-old once again found himself the target of repeated chants for him to go from sizeable sections of the home support at St James’ Park during the 1-1 draw, but remained defiant after the final whistle.

Newcastle are yet to win in six attempts in all competitions so far this season and have only two points on the board, a return which laves them in 18th place.

Bruce said: “I can’t sit here and say it’s not difficult. I understand their frustration, I really, really do. For me, it’s all about the team and the way they were as a crowd towards the team and the atmosphere they generated.

“What can I say about the chants? Look, I’ll say it again: I’m never one to walk away or quit when there’s a fight on our hands.

“I’ll continue to try to do the best I can in this situation and hope I can draw on the experience I’ve had over the last 20-odd years to stand me in good stead and try to keep out the noise.”

A spectacularly open game made for entertaining fare, but left both head coaches tearing out their hair as Rodrigo and Raphinha tormented the home defence and Allan Saint-Maximin was equally destructive at the other end.

Magpies keeper Karl Darlow making his first appearance since February after a debilitating bout of Covid-19 sidelined him at the start of the campaign, could only look on in horror as Raphinha’s 13th-minute cross sailed into his net as he anticipated a flick from Rodrigo which never came.

Leeds squandered a series of chances to extend their advantage and Saint-Maximin made them pay a minute before the break when he side-stepped his way outside two impending challenges before cutting the ball back across keeper Illan Meslier and into the net.

Patrick Bamford at one end and Saint-Maximin at the other might have won it late on, but both sides ultimately had to make do with a point.

Bruce said: “Yes, you look back on it – we need a win. I’ve said it many times: in the Premier League whether you’re at the top or you’re at the bottom, you’re judged on results and at the end of the day now, we’ve drawn two.

“We need to get a couple of wins if we can.”

Leeds boss Marcelo Bielsa, however, insisted the visitors should have won on Tyneside, and could easily have been out of sight by half-time.

Bielsa, who saw Luke Ayling and Raphinha added to a casualty list along with Jack Harrison who had tested positive for coronavirus, said: “According to what happened in the game, it’s a game that we should have won.

“It is true that the opponent also had chances, less than us. We dominated the game and they counter-attacked.

“But I insist given the chances we had, we should have won the game.”