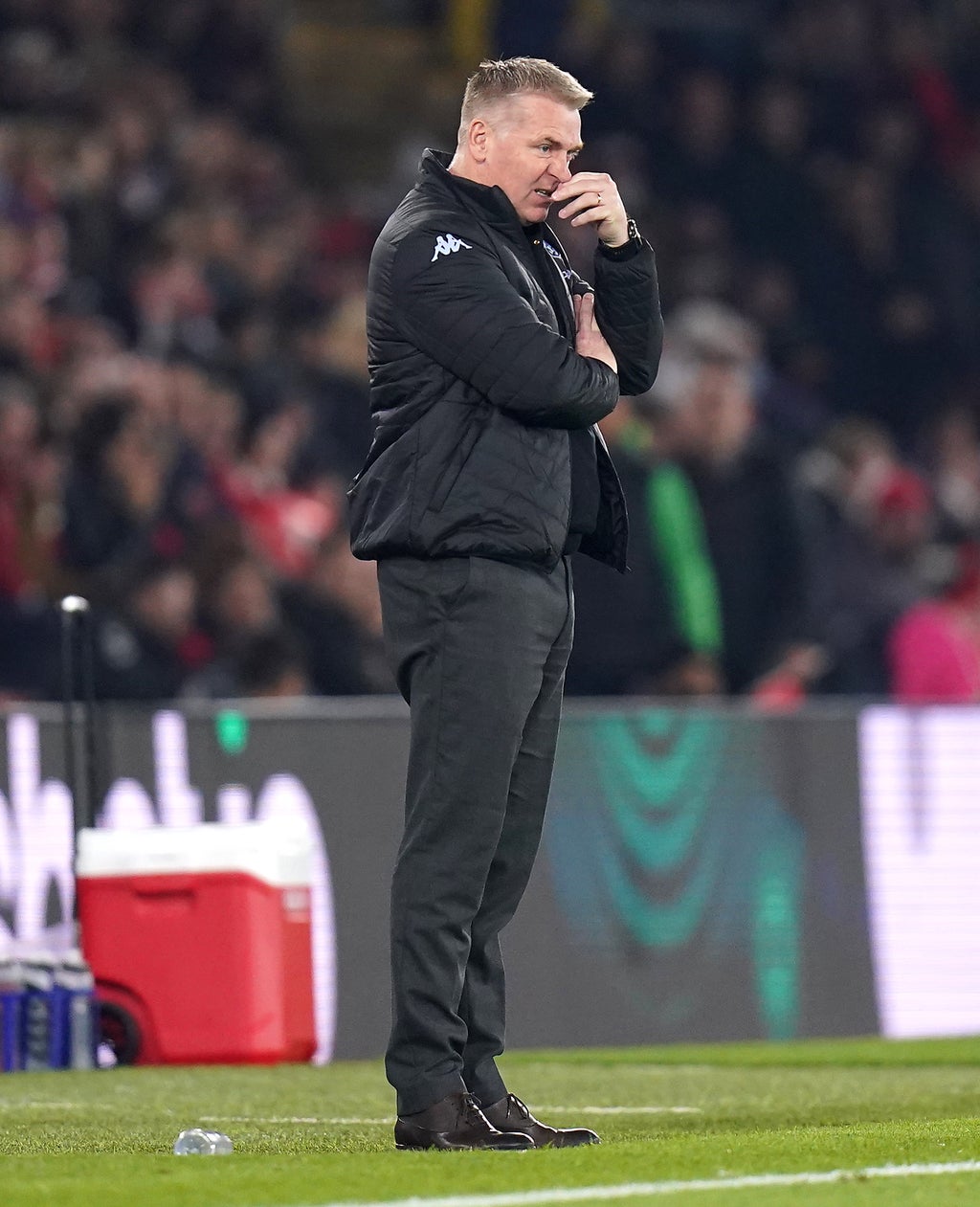 Dean Smith is confident he can turn around Aston Villa’s fortunes if he is afforded time.

Villa slumped to a fifth straight defeat as Adam Armstrong’s early strike was enough for Southampton to earn a 1-0 win at St Mary’s on Friday night.

If results go against Smith’s side this weekend they could go into the international break in the Premier League bottom three.

The 50-year-old will come under increased pressure after a poor first half led to another loss despite rallying after the interval.

Asked if he feels he will be given the time to address the recent results, Smith replied: “I have no idea.

“I have never had any control of that so I never worry about it, I always concentrate on my job day to day and continue to do that.

“I am very confident if given time that we will turn it around with the squad we have got, and the payers we have got coming back (from injury).

“I feel disappointed obviously. I think we have got a strong squad here, at the moment we are struggling a little it with injuries.

“Five defeats seems to have come form nowhere a little bit. There have been some tight games, poor decisions go against us, but the lads left everything out there today and you can see their support and how they wanted to get a result today.”

Smith felt his side did not play with enough intensity in the first half but is happier with the performances in defeats to West Ham and Southampton than in the game before that at Arsenal.

“It was obvious a much better second-half performance, we played with a lot more intensity,” he added.

“I actually think I felt a lot worse after the Arsenal game, our last two performances have shown a lot of intensity and character.

“The fans that were here tonight saw the effort the lads put in and they need to continue showing that.”

While Villa’s struggles continued, a third win in four moved Southampton to within three points of the top six.

Armstrong’s first goal since the opening day of the season was enough to seal the victory, leaving manager Ralph Hasenhuttl in good spirits.

“This is a fantastic result for us today and again a clean sheet. In the first half we played very good and in the second half the opponent put pressure on us and we were struggling to control the game.

“I think we have shown a few good games this season but the early goal helps you definitely and the balance of risk we took in some areas was OK.

“You feel the confidence as a player after the last few results and you if you don’t concede goals one can be enough to win.”