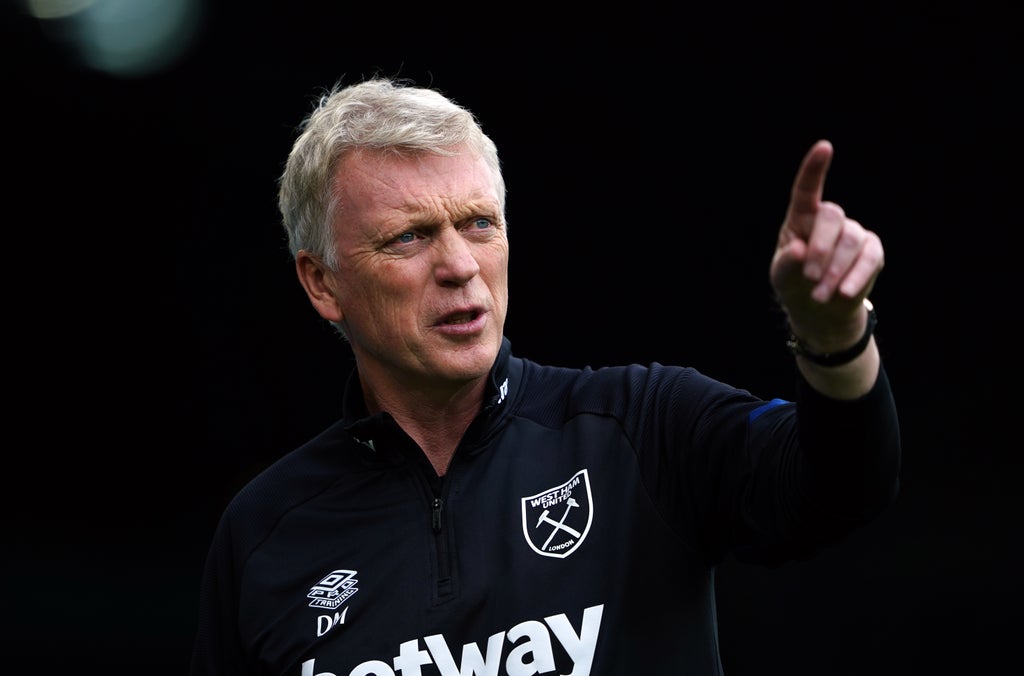 David Moyes has urged West Ham’s fans to be on their best behaviour on European nights for the sake of the club’s reputation – and his family.

Thursday evening’s 2-0 home win over Rapid Vienna in the Europa League was marred by crowd trouble, including objects being thrown between rival supporters and three arrests.

The Hammers have already visited Croatian champions Dinamo Zagreb in the competition and have a trip to Belgian club Genk and the return game in the Austrian capital on the horizon.

Manager Moyes is eager for West Ham to be warmly greeted across the continent, even more so with his wife and elderly father among the travelling contingent.

“We want to be welcomed all over Europe,” he said, ahead of Sunday’s top-flight clash with Brentford.

“But I’ll tell you another reason: my dad, my wife and my family are all going to travel to all the away games to support West Ham.

“My dad’s 80-odd and I want him to feel that he can go and have a few beers with the supporters and get to games and feel there’s no problem, so that’s the way we want it to be.

“We want to see the team win but we want to get a couple of days away and enjoy it, so we need everybody to be pulling in the right direction.

The Hammers qualified for Europe courtesy of a surprise sixth-placed finish in the Premier League having, at one stage, looked on course for the Champions League.

Just six games into the new campaign, many pundits are already predicting that the current top four of Liverpool, title holders Manchester City, European champions Chelsea and Manchester United will not be overhauled.

Yet a bullish Moyes retains hope of breaking the stranglehold.

“I’d like to think that I’m going to challenge the top four,” he said.

“I don’t want to sit back and think that they think they’re the top four and I’m not going to be.

“All the bookies and everybody who knows anything about football would probably say it’s more than likely that that will be the case (the top four will stay as it is). But I want to try and be competitive against them.

“For our (recent) games against Manchester United, I’m going into those bigger games with a far different mindset. I’m going in saying: ‘I’m taking you on’.

“Can we maybe finish the best of the rest? That would be tough because you’ve obviously got Arsenal, Tottenham, Leicester City and you’ve got Everton.

“I actually think the Premier League at the moment looks very congested, certainly near the top.”

They slipped out of Champions League contention during a poor run of just four points from 15 between mid-April and mid-May – including a home loss to Chelsea – which coincided with influential midfielder Declan Rice being injured on international duty.

“We lost Declan in an England game with five games to go – it was absolutely huge for us,” said the Scot.

“But it was so close. As it was, Chelsea beat us by two points and went on to win the Champions League themselves, so it gives you an idea of where we were competing.”