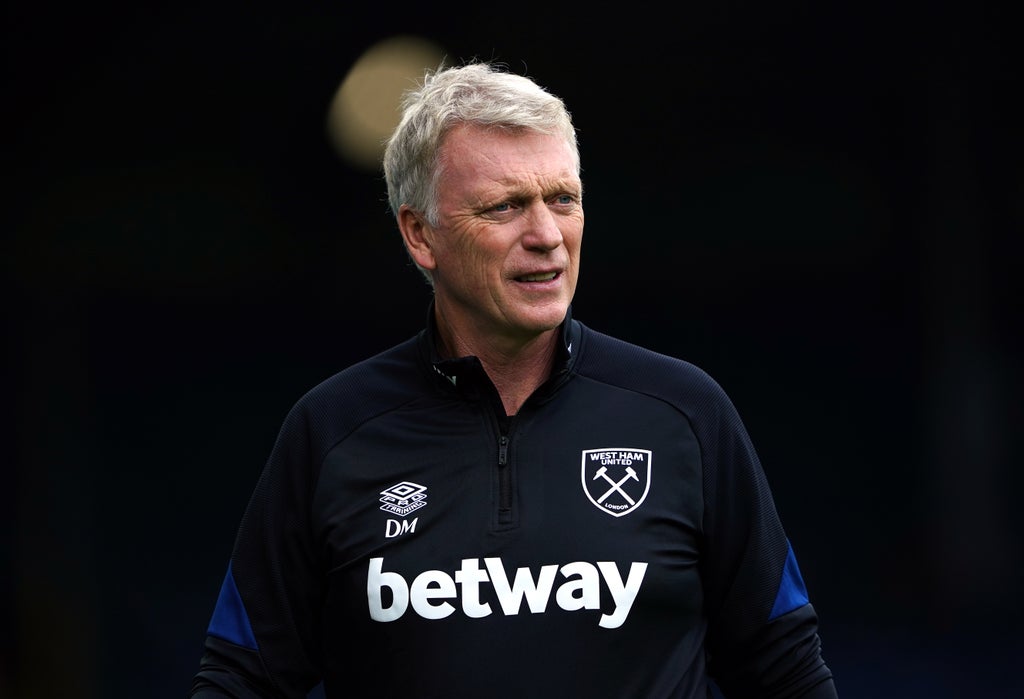 David Moyes prepares to clock up his 1,000th match as a manager on Thursday evening admitting that at one point he was not sure if he would even make it into double figures.

A journey which began on a cold, wet night in Macclesfield and has taken in Merseyside, Manchester, Sunderland and Spain continues in Genk on the latest leg of West Ham’s European tour.

The Hammers are in the Premier League’s top four and are cruising through their Europa League group – a far cry from a 1-0 Auto Windscreens Shield second-round win at Moss Rose in Moyes’ first match as a manager, in charge of Preston, in January 1998.

Yet it would be eight matches later before Moyes, then still registered as a player, got a first league win under his belt.

“It was at Bournemouth. I remember I nearly cried afterwards because I was that pleased I had won a game,” he recalled.

“For me at that time, maybe if I’d have lost another couple of games I’d have said ‘hey, maybe it’s just not for me’.”

Moyes has had to roll with the punches from the very start. “At the time I can remember it was Joe Royle or Ian Rush that the supporters were wanting as manager,” he added.

“But I think deep down I was hoping I might become a manager. In truth I probably believed that I could be a better manager than I was player.”

The former Celtic, Cambridge and Shrewsbury centre-back would eventually lead Preston to promotion to the Championship, and to within 90 minutes of the Premier League – they were beaten by 3-0 Bolton in the 2001 play-off final – before Everton came calling.

Moyes replaced Walter Smith at Goodison and led the Toffees to nine top-eight finishes – including fourth place in 2005 – in his 11 full seasons in charge.

The Scot was subsequently hand-picked by Sir Alex Ferguson to succeed him at Manchester United, but his dream job turned into a nightmare and 10 months later he was sacked.

“Sir Alex in many ways is the pinnacle of what people see in football in this country. To get that opportunity, it was something I felt I had to take.

“But the lift I got from Real Sociedad when I came out of Manchester United and went to Spain, it was an unbelievable feeling to go and work in a country where we’ve got to say the best footballers come from.

“The journey from there was great and it was a really good time. Sometimes you have to have the bad times to get some good times and get the opportunities.

“I don’t know if there are many managers who have gone through it where it’s been plain sailing. Maybe Sir Alex, but even he had some bumpy times.”

An unremarkable year with Real Sociedad was followed by a disastrous spell at Sunderland, who were relegated in 2017.

“It was a really disappointing time because I don’t think whoever was in charge would have made Sunderland work,” Moyes said.

But a battered reputation did not deter West Ham when they were in danger of relegation and Moyes duly stepped in and saved them, only for owners David Sullivan and David Gold to twist, and appoint Manuel Pellegrini, when they should have stuck.

“That was really tough,” he admitted. “We thought we had done a really good job, and actually we had made plans. I had met a couple of players who I thought were coming in for the next period because I thought we were going on, and then out of the blue it wasn’t there.

“We didn’t think we could have done a lot more. We beat Everton on the last day of the season, we had won at Leicester to stay up. We had finished really strongly, so it was a shock.”

But when Sullivan and Gold came calling again two years ago, cap in hand, Moyes took over at the London Stadium for a second spell.

He heads into his milestone match on a five-game winning run and with West Ham lying fourth in the league amid comparisons with John Lyall, the club’s greatest manager who guided them to third in 1986.

“I think West Ham is a good club for me, I really do,” the 58-year-old concluded, “and I am really, really grateful to the owners for bringing me back because sometimes when you are put in a position it’s very hard to fight back, and the owners have given me a chance to fight back – and I am going to keep throwing some punches.”