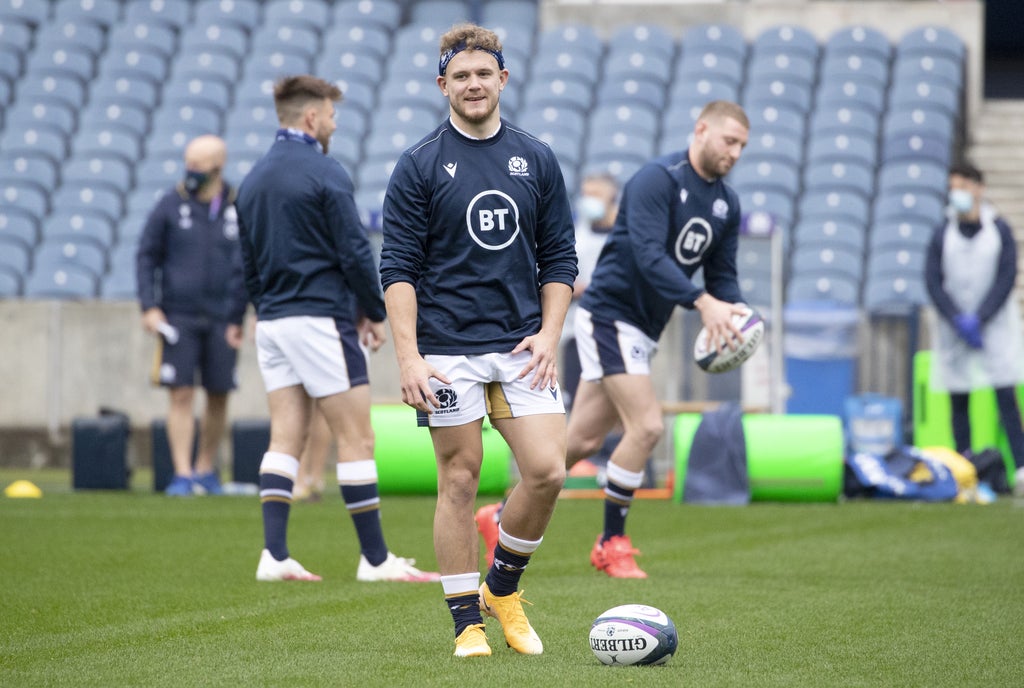 Darcy Graham is relishing a rare chance to start at full-back for Scotland in Saturday’s opening autumn Test against Tonga.

The Edinburgh flyer plays predominantly as a wing but will get the opportunity to wear the 15 jersey this weekend in the absence of national team captain Stuart Hogg who is not available for selection until the second Test against Australia.

Graham said: “I’m very excited to wear the 15 jersey. It will be the first time I’ve worn it for Scotland.

“The last time I wore it was for Edinburgh probably about two years ago, so it’s a new challenge. (Head coach) Gregor (Townsend) asked me how I felt about playing it and I was very open to a new challenge. I’m looking forward to it.

“There’s a wee bit added pressure (playing at 15) but I never stay on the wing anyway so not a lot changes for me. I’ll just do what I usually do and go looking for the ball.

“Being in that 15 jersey will hopefully make it a bit easier to get my hands on the ball a bit more.”

Graham, 24, knows he may revert to wing when Hogg becomes available and he has welcomed the increased competition for a slot in the back three from relatively inexperienced national team players like Rufus McLean, Kyle Steyn and Damien Hoyland.

He said: “Competition is a great thing. You need it. If you don’t have it you can get a bit lax and your game doesn’t develop.

Graham made his international debut almost three years ago. He is excited that the occasion of his 20th cap will coincide with the return of Scotland supporters to Murrayfield for the first time in 19 months.

He said: “It’s been a quick three years, a bit of a whirlwind. Covid hasn’t helped in terms of playing a lot of rugby behind closed doors in that time.

“I never thought I used to notice the crowds until they were gone. It’s not the same playing rugby without the fans there. To have them back at Murrayfield is hugely exciting. I can’t wait to get out there.”