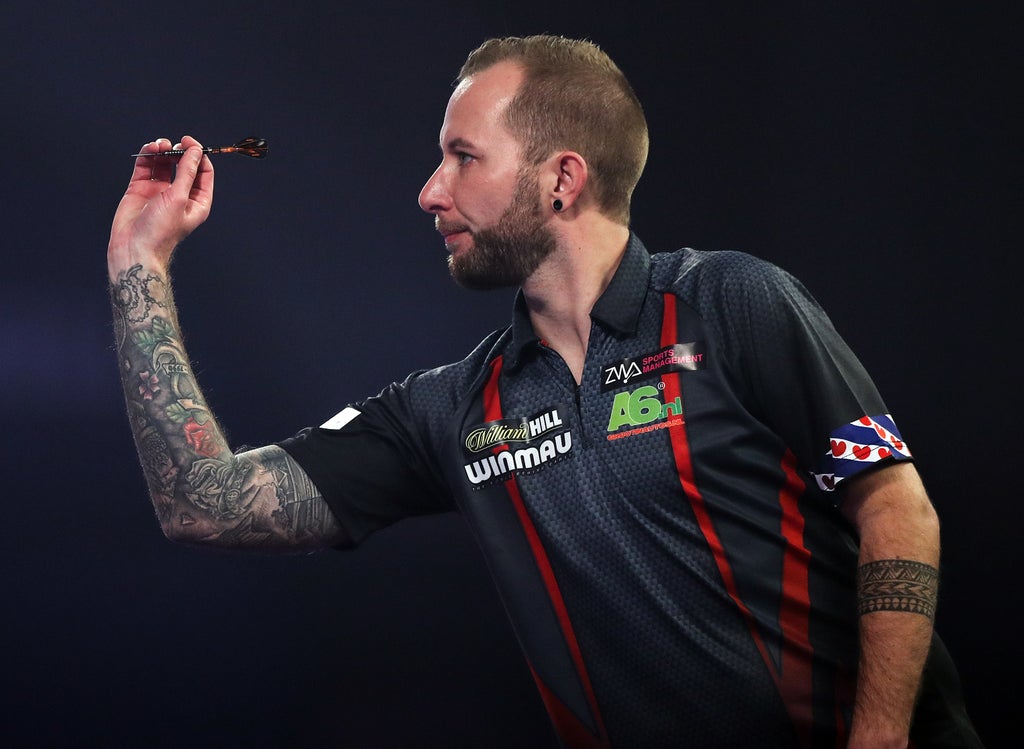 Noppert saw off his second compatriot in three days with a straight-sets win to set up his first appearance in a quarter-final, where he will meet Ian White after he fought back from two sets down to beat Lithuanian debutant Darius Labanauskas.

Van Der Voort was never ahead from the moment Noppert, who had a 130 checkout, levelled things up in the fourth leg of the first set.

“I won against two players who, when I was a kid I was watching them, and now I beat them so I’m really happy,” he told Sky Sports.

“Defeat for me last year was not good because on the floor I was not confident but I (now) have the confidence.

“My girlfriend is pregnant and we have a baby in February so I’m a very happy man.”

By contrast White, from Stoke was staring at an exit after losing the first six legs without reply but a 14-darter finally got him on the board at the start of the third set.

However, he was made to work hard for his 3-2 victory, winning eight of the next 11 legs as the match went right down to the wire.

The Pole also won the first set without losing a leg, and eventually went on to close out a 3-1 victory with a 14-dart finish culminating on double four.

That set up a meeting with Welshman Jonny Clayton, who produced a superb display in the final match of the night to dump out seventh seed Jose De Sousa 3-1

“I’m happy with that. I lost the first set – he’s a class player – and had to dig deep,” he told Sky Sports.

“I kept my nerve and got over the finishing line.”