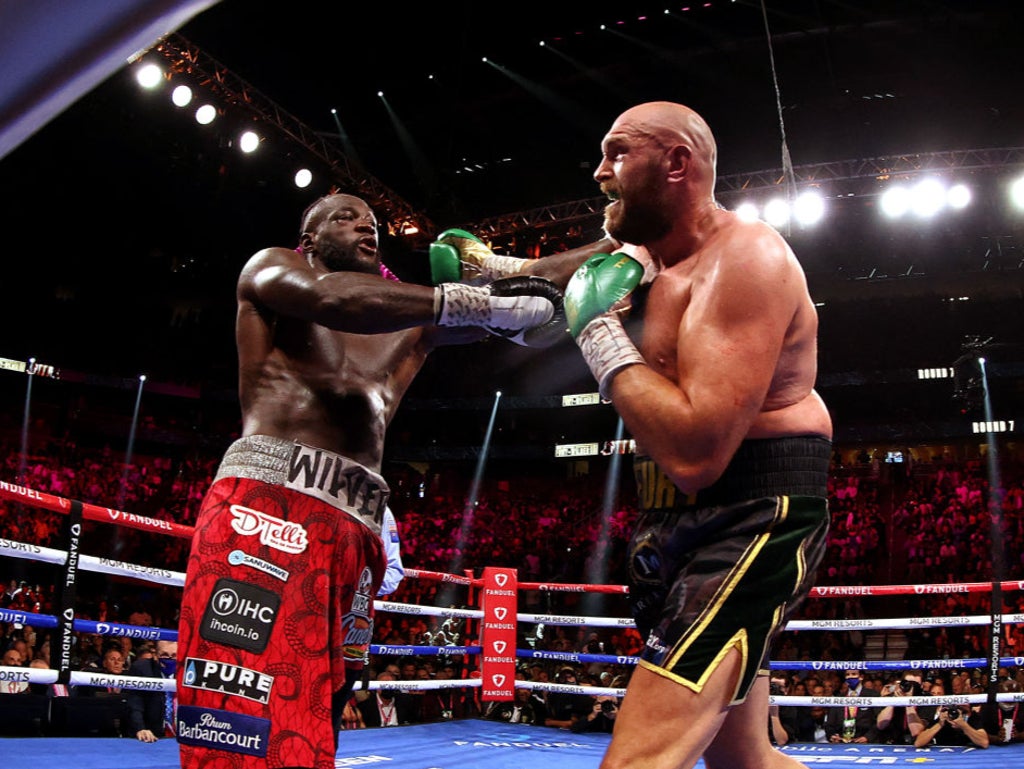 UFC boss Dana White has hailed the thrilling heavyweight fight between Tyson Fury and Deontay Wilder by claiming it was what “boxing needed”.

WBC champion Fury, who dropped Wilder in the third round, climbed off the canvas twice to eventually stop the American challenger in the 11th and retain his title.

And White, who has previously been critical of the politics surrounding boxing, praised both men for putting on a spectacle that the sport was crying out for.

He said: “I thought it was awesome. I think that the heavyweight fight that happened on Saturday… and let me just tell you this [first]: Going into it, my thought process was ‘for what, why?’

“You know what I mean. [Anthony Joshua] just got beat, and yeah, why do that?

“You know why? Because boxing needed that. Boxing needed that fight. It was an incredible heavyweight fight. I thought both guys fought their a***s off. And for Fury to come in at 277lbs and fight the way that he fought – get knocked down, get back up and keep fighting – it was just exactly what boxing needed.

“So, glad it happened and congratulations to both of them, everybody involved and the sport of boxing.”

Fury’s victory solidifies his status as the No1 heavyweight in the division despite Ukrainian Oleksandr Usyk holding three of the belts.

Usyk will rematch former champion Joshua in the early part of 2022 as he looks to repeat his performance from last month, which saw him defeat the Briton by unanimous decision.

Meanwhile, Fury looks set to take on compatriot and mandatory challenger Dillian Whyte when he returns from some time at home with his family.