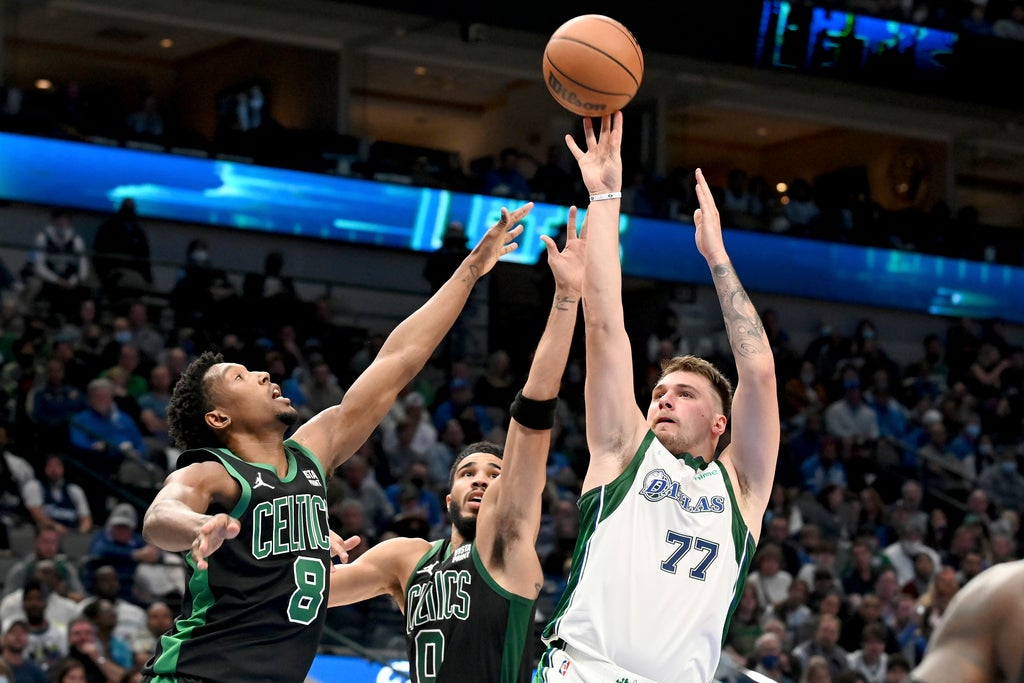 Luka Doncic hit a three-pointer at the buzzer to give the Dallas Mavericks a 107-104 win over the Boston Celtics.

The Celtics recovered well after finding themselves down by 17 points at half-time and Marcus Smart snared them the lead with 2:12 left to play.

But Dallas had the final possession of the game, Doncic receiving an inbound with 11 seconds left as he fired from beyond the arc for their second straight win.

The Slovenian top scored with 33, while Jayson Tatum had 32 for Boston.

Nikola Jokic scored 28 points and had 14 rebounds for the Denver Nuggets but his key contribution was a last-second block of Jae’Sean Tate’s attempt in a 95-94 win over the Houston Rockets.

It was the seventh straight loss for Houston while Jokic was mobbed by his teammates after the block.

Elsewhere, the Miami Heat led by 19 with five minutes left to play but were made to sweat as the Utah Jazz staged a late rally.

The Heat managed to take the game 118-115 with Tyler Herro scoring 29 and Donovan Mitchell missing a three-point attempt in the final seconds for Utah.

Joel Embiid scored 30 points as the Philadelphia 76ers beat the Chicago Bulls 114-105 to seal their sixth straight victory, while Devin Booker had 38 in the Phoenix Suns’ 121-117 success over the Atlanta Hawks.

In the late Saturday game, all five Los Angeles Lakers starters failed to reach double digits in a 105-90 loss to the Portland Trail Blazers.

The side were without LeBron James and Anthony Davis only managed seven minutes, while Damian Lillard had 25 inside three quarters for Portland.