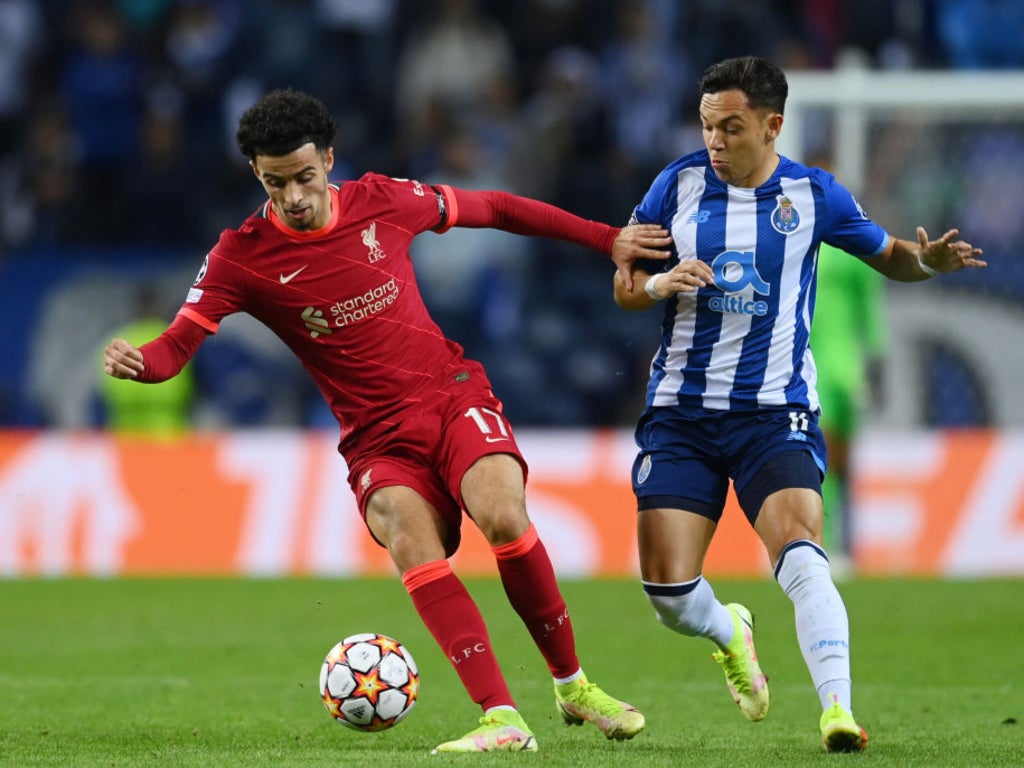 He walked off the pitch so nonchalantly, as though he was going inside after a kickabout in his back garden. Curtis Jones, 20, had become the landlord of Estadio do Dragao after a magisterial Champions League performance under the lights, but you wouldn’t have extracted that information from his demeanour.

Liverpool may have Porto’s number, but it was Jones dialling all the digits on Tuesday evening. His tirelessness in the midfield three set the early tone for dominance, while his creativity and aggression in possession is the reason the Merseysiders were able to dismantle the hosts for a third time.

The Scousers’ first main act was to cut in from the left and release a low zinger that Porto goalkeeper Diogo Costa could only parry onto Zaidu Sanusi with the ball breaking for Salah from four yards out.

Jones did superbly to keep the ball alive for Liverpool’s second, scored by Sadio Mane after a stellar James Milner cross.

It was his long ball that Costa completely and comically misjudged, allowing Roberto Firmino to roll home.

The Brazilian would profit from Jones’ work again after the youngster’s shot from distance was blocked but only as far as him to convert.

Every single Liverpool goal featuring his fingerprints. At 20, in the Champions League.

“You can see he’s got all the attributes to be a top player,” captain Jordan Henderson said and there can be no arguing against that.

Jones played the most passes in Porto’s half, won 70% of the duels he contested and supplied the most key balls plus shots on target. He is a pure blend of finesse and combat, of technique and street.

What made his display all the more impressive at Dragao was the fact that he had to wait for it and that circumstances granted it. If Jurgen Klopp had a full complement of midfield options, 18-year-old Harvey Elliott would be starting instead. A fit Thiago or Naby Keita have also been preferred.

“He’s had to be a little bit patient, but he’s come in and he’s done fantastically well,” said Henderson in something of an understatement.

Jones was immense for Liverpool at the start of last season, but then was barely seen from March.

When the club spoke of Gini Wijnaldum’s replacement, it was the talent of Elliott they noted as the reason for not looking to the transfer market.

Jones had faded somewhat, but he was never going to fizzle out without a fight.

Porto away was him swinging and he did not miss. “He played a really good game, he was everywhere, he was involved in everything,” Klopp analysed.

“Set up the first goal with a surprising finish, goalie cannot save it. In a lot of other situations he was really there – maybe not as spectacular as the offensive stuff, but defensively he played a top-class game.

“He defended really well, pressed from the blind side, a lot of things I liked a lot about his performance.”

Klopp revealed that Jones turned Porto inside out despite having a stomach issue. “I told him after the match whatever it is, he should keep it because it was really a good game from him,” the manager said.

Jones will probably point out it’s the fire in his belly and it’s not going anywhere. Now he just needs to channel it more consistently.