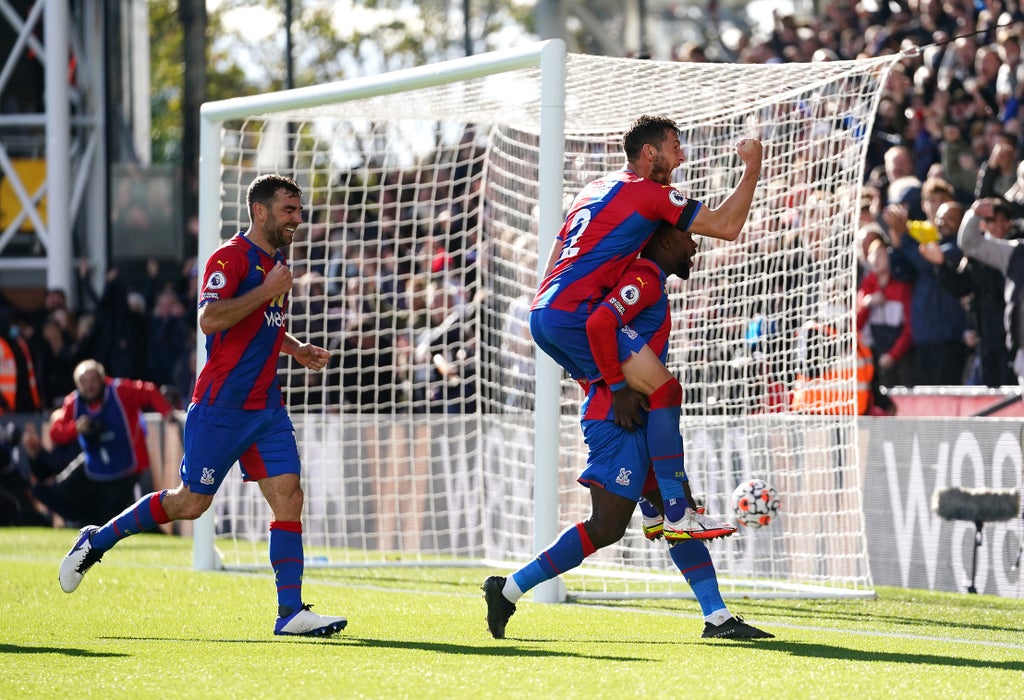 Jeffrey Schlupp came off the bench to earn Crystal Palace a share of the spoils against former club Leicester, who let a two-goal lead slip at Selhurst Park.

The Foxes looked on course for a first Premier League win since August as birthday boy Kelechi Iheanacho and Jamie Vardy capitalised on defensive errors to have them two goals up at the interval.

But Palace rallied as substitute Michael Olise scored his first goal for the club before Schlupp struck as Patrick Vieira’s side earned a battling 2-2 draw.

Leicester had the best of the first half but remain in the bottom half of the table having taken just two points since beating Norwich on 28 August.

For Palace, this was a strong response to conceding a last-gasp equaliser in their M23 derby clash with Brighton last Monday as they remain unbeaten in their first four home games for just the second time in 25 years.

Vardy had a chance inside the opening minute but could not connect fully with a free-kick into the box and the ball was cleared behind for a corner.

Palace responded well and enjoyed plenty of the ball, eventually forcing Kasper Schmeichel into a double save.

Firstly, Wilfried Zaha collected the ball after James McArthur drove into the box and saw his effort blocked by the Leicester skipper, who then kicked clear Conor Gallagher’s follow-up strike.

Youri Tielemans drew a first save out of Vicente Guaita at the other end, the Belgium midfielder slipping as he shot from distance.

Leicester would take the lead through Iheanacho just after the half-hour as the forward stole the ball off the toe of Joachim Andersen before coolly slotting past Guaita to mark his 25th birthday and his first league start of the campaign with a goal.

Another Palace error would allow Vardy to double the lead as Harvey Barnes burst forward and slipped a pass towards the former England striker. Andersen was in position to cut it out but slipped at the vital moment, allowing Vardy to finish the move for his eighth goal in as many league games.

Barnes hit the side-netting early in the second half as Leicester looked to put the game beyond their hosts.

But Palace looked more lively in attack with Odsonne Edouard hitting the crossbar with a decent effort, before poking wide shortly after.

Vieira introduced Olise in place of Jordan Ayew with Palace on top and the summer signing from Reading would soon halve the deficit.

Tyrick Mitchell’s cross found the France youth international and his first shot was blocked before he fired past Schmeichel at the second time of asking.

It would be another Vieira substitute who would draw the Eagles level, Schlupp heading in against his former club with virtually his first involvement off the bench to grab his first goal since January.

There were concerns for Vardy, who went down in a heap after McArthur’s stray elbow caught him in the chest but he was fine to continue after a spell of treatment.

Both sides pushed for a winner in stoppage time but had to settle for a point apiece in south London.