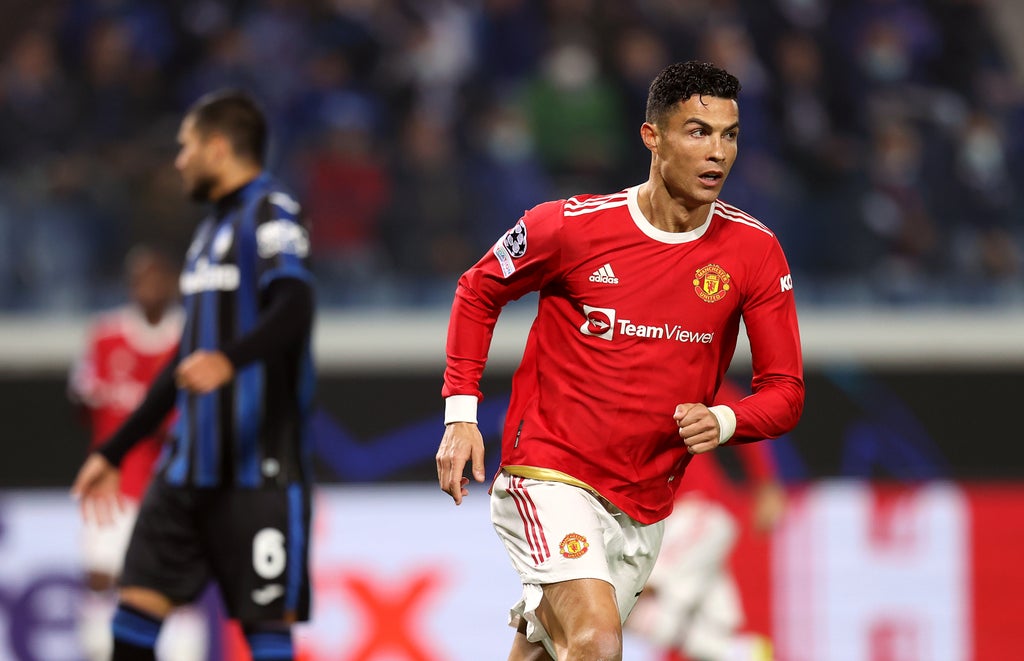 Ole Gunnar Solskjaer has hailed Cristiano Ronaldo’s “immense” impact at Manchester United and insisted the idea of the Portuguese wearing a blue City shirt on derby day was simply impossible.

Ronaldo appeared to be edging towards a move to Manchester City in the final days of the transfer window in August before completing an emotional return to the club he had left 12 years earlier for Real Madrid.

The five-time Ballon d’Or winner might be three months away from his 37th birthday, but Ronaldo’s addition has not looked anything other than a smart piece of business from United.

Although United’s damaging inconsistencies have left serious question marks over Solskjaer’s own future, Ronaldo has risen to the task on his return to English football.

Ronaldo heads into Saturday’s lunchtime derby at Old Trafford with nine goals in 11 games, his latest effort being a superb double and brilliant face-saving equaliser in the Champions League game against Atalanta on Tuesday.

“The good thing is that it would never happen,” Solskjaer said when asked had he contemplated Ronaldo playing for City in a Manchester derby.

“There was no chance of that happening. I’m happy he is wearing the red and hopefully he can be the difference again.

“He’s one of the best players that’s ever walked on this planet.

“His impact so far on and off the pitch has been absolutely immense, the goals he scores, the way he conducts himself in and around the place.

“How people can say that’s a negative I can’t see that one.

“That’s what he does, he scores goals, he works for his team and he’s a top, top professional.”

Ronaldo could once again link up with Edinson Cavani in a 3-5-2 formation Solskjaer has turned to since United were thrashed 5-0 by Liverpool on their last Old Trafford appearance nearly two weeks ago.

But Solskjaer has defensive issues, with Raphael Varane ruled out for the next month or so with a hamstring injury and Victor Lindelof troubled by a knock that ruled him out of the Atalanta game.

He said: “We’ve taken the flak (of the Liverpool game) and hands up because that was nowhere near good enough on many levels.

“It’s an important game of course. With a win we’ve still got the possibility to close on the teams in front of us.

“We’ve just got to keep on picking up points and get further away from what we did against Liverpool.

“The Tottenham game was miles better but we have to improve in all the aspects of the game.

“It’s up to us show if we have, that’s football. Too many talk a good game, we’ll have to play a good game.”

The balance of power has shifted significantly over the last decade with City winning five of the last 10 Premier League titles.

In that time United have been crowned champions of England just once, Sir Alex Ferguson’s 2012-13 title swansong.

Solskjaer said: “You have to respect them for what they’ve done the last 10 years, even more so the last four or five with how dominant they’ve been in England and in Europe.

“But we’re Man United. We always think we’re the number one club in Manchester and also probably the world.”