Manchester United star Cristiano Ronaldo has been named Player of the Month for April – making it two monthly awards this season.

The 37-year-old has won player of the month for a sixth time, now the most of any United player in the competition, overtaking Wayne Rooney‘s five.

Ronaldo was in impressive form throughout the month of April, scoring five times in just four matches for the Red Devils. 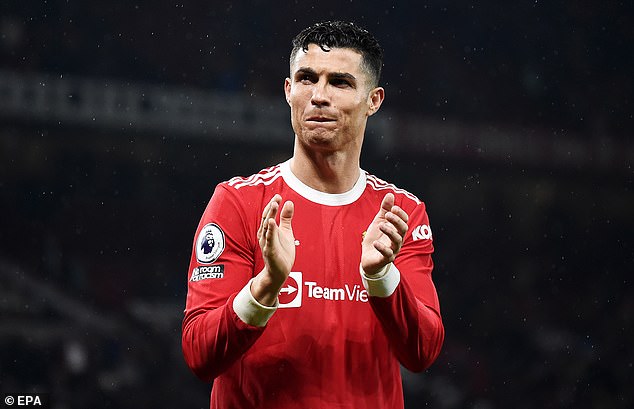 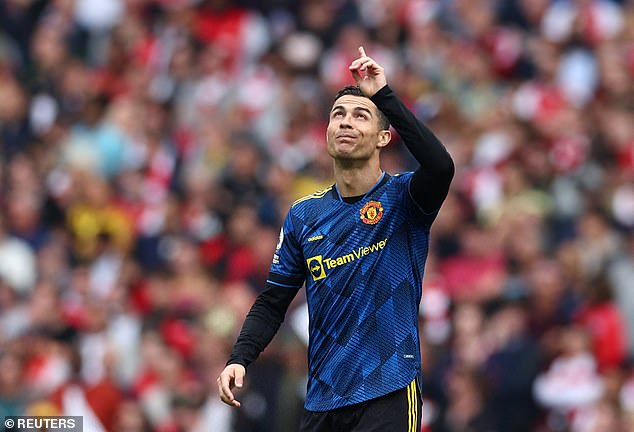 The 37-year-old has been in impressive form, scoring five times in just four matches in April

The latest award now moves the Portuguese international to within one of the Premier League record of seven, which is held by Tottenham striker Harry Kane, and former Manchester City star Sergio Aguero.

The honour is made even more impressive as he missed United’s heavy 4-0 defeat to Liverpool due to being on special leave.

Ronaldo missed that match at Anfield due to grieving over the tragic death of his newborn baby son.

In the month of April, Ronaldo scored his 100th Premier League goal, in a 3-1 defeat at Arsenal, while he also registered his 50th club hat-trick in a 3-2 win over Norwich City

Ronaldo notched his fifth goal of the month, equalising to earn a 1-1 draw with Chelsea.