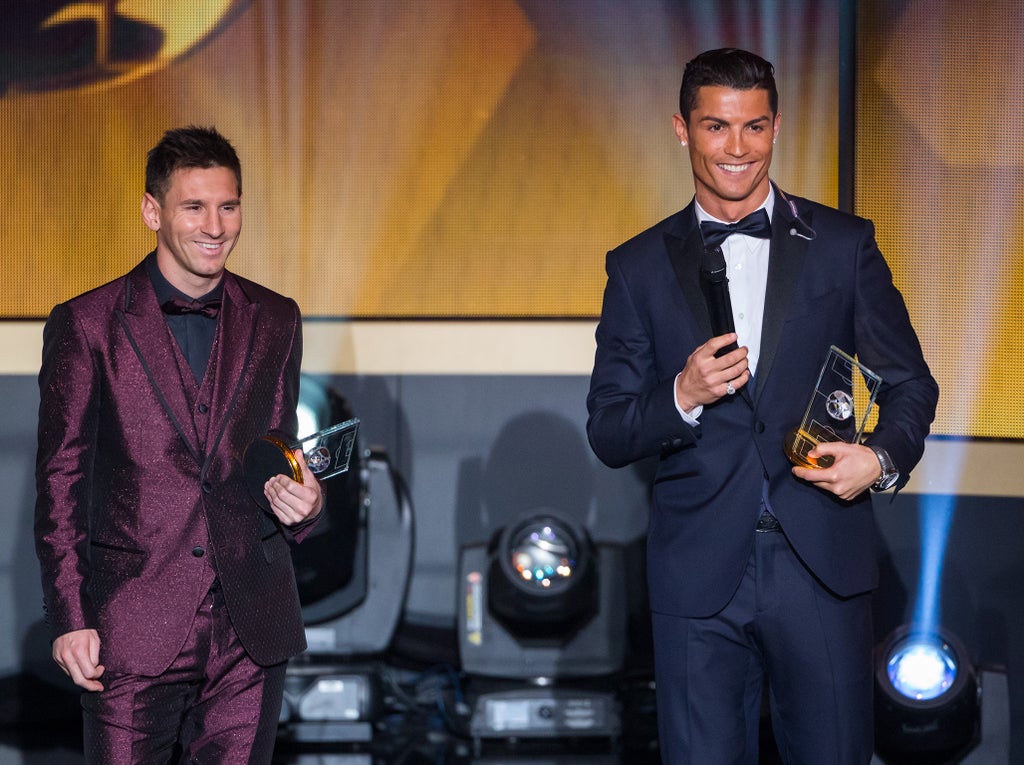 Ronaldo is reported to be set to earn $125 million in the next year after his summer return to Manchester United from Juventus.

$55 million of the Portuguese striker’s earnings are said to come from lucrative endorsement deals.

Ronaldo is the first team-sport athlete in the world to make over $1 billion in career earnings before taxes.

Messi drops to second spot on the list despite his own summer move to Paris Saint-Germain.

The Argentine will call a city other than Barcelona home for the first time in his professional career after the Catalan club fell into financial issues this summer and were unable to keep the six-time Ballon D’Or winner.

His total earnings are reported to be $110 million.

Messi’s new PSG teammates Neymar and Kylian Mbappe are third and fourth on the list, with Liverpool’s Mohamed Salah completing the top five.