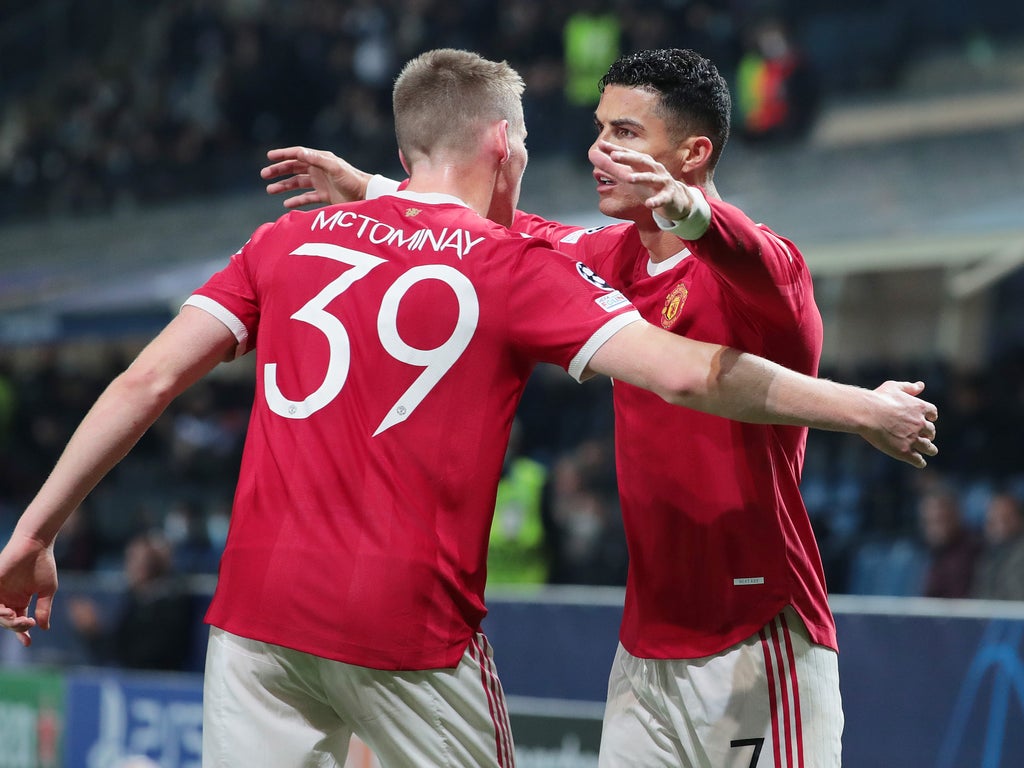 Cristiano Ronaldo is Manchester United’s own version of Michael Jordan, according to Ole Gunnar Solskjaer, after yet another late rescue in the Champions League.

Ronaldo twice, the second a stoppage-time equaliser to salvage a point for Ole Gunnar Solskjaer’s side, with qualification from Group F now looking likely with two games to play.

United were poor for long stretches once again, though, with Josip Ilicic and Duvan Zapata giving Atalanta a deserved lead either side of Ronaldo’s first.

This was the third time that a late Ronaldo goal has turned a result during this Champions League campaign after the victories over Villarreal and Atalanta at Old Trafford.

When asked whether United are becoming too reliant on Ronaldo’s rescue act, Solskjaer said: “We all have our roles and responsibilities. Cristiano is a leader in the group, he scores goals.

“I’m sure Chicago Bulls didn’t mind having Michael Jordan either. Sometimes the teams have the players they have and that’s why they are Manchester United.

Solskjaer was left unhappy that Ilicic’s first was allowed to stand, believing that goalkeeper David de Gea’s vision was impeded by a player in an offside position.

Both that goal and Zapata’s were also subject to a lengthy VAR review, though ultimately awarded by the officials.

“First half we were a bit too sloppy, we gifted them a few too many transitions and turnovers but the goal was excellent and we did create some openings,” Solskjaer said.

“We could’ve scored more, the two goals they had were very tight calls for offside.

“I’m sure their first one should be off, he blocks David’s view. Second one fine margins, but very pleased with a point.”