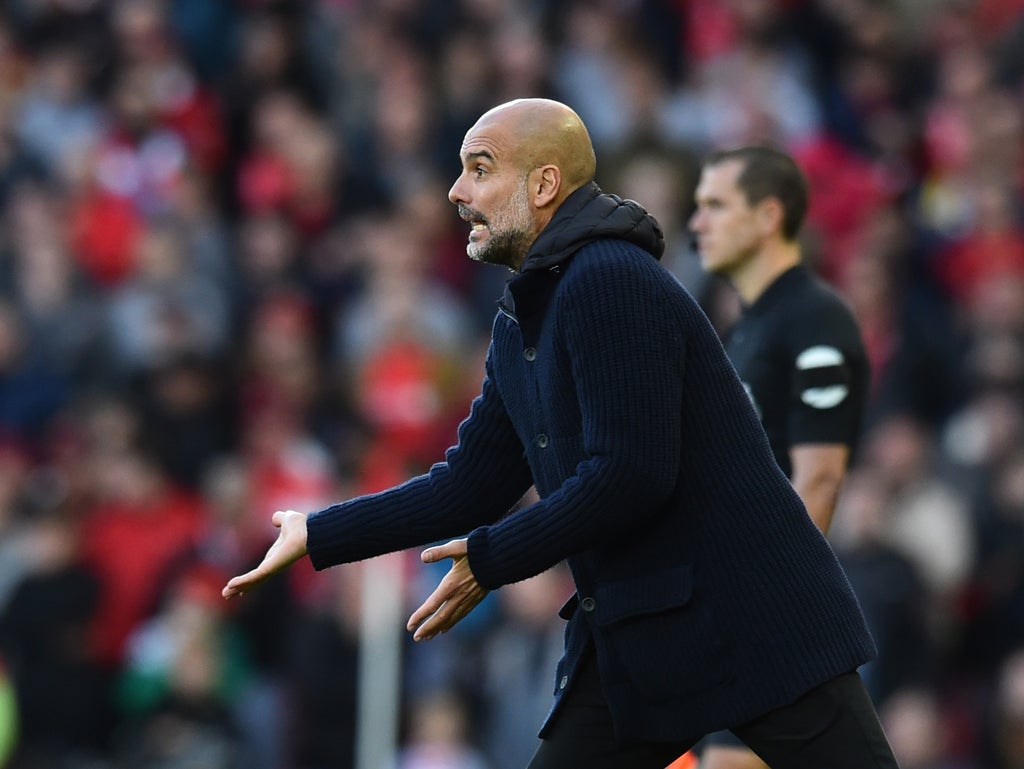 The fan who is accused of spitting at Manchester City’s bench in the 2-2 draw at Anfield could face criminal charges, while Liverpool’s official sanctions process can implement a lifetime ban if found guilty.

The incident is alleged to have occurred in the second half on Sunday and several witness statements have been collected from those seated around the dugout area.

Liverpool have been working closely with City, who provided an image of the supporter they believe committed the disgusting act.

They are also seeking unredacted video footage and more testimony from the defending champions, but a spokesman for the Merseysiders confirmed a substantial amount of evidence has already been collected.

“Following a complaint of a serious alleged incident near the dugout area at Anfield during the second half of Sunday’s game against Manchester City, we are conducting a full investigation, working with all relevant parties including Manchester City, to gather evidence from individuals who witnessed the incident as well as analysing all available video footage,” read a statement.

“The evidence collected to date is substantial and, if requested to do so, will be handed to Merseyside Police given the potential for criminal charges.

“This case will also be subject to the club’s official sanctions process.

“Anfield is our home and we will ensure it is a safe, enjoyable environment for everyone attending and will not allow unacceptable isolated behaviour to impact on our club’s values and principles.”

Spitting directly at another person can potentially lead to criminal charges, while a lifetime suspension could be in play given it forms part of the powers of the official sanctions process.