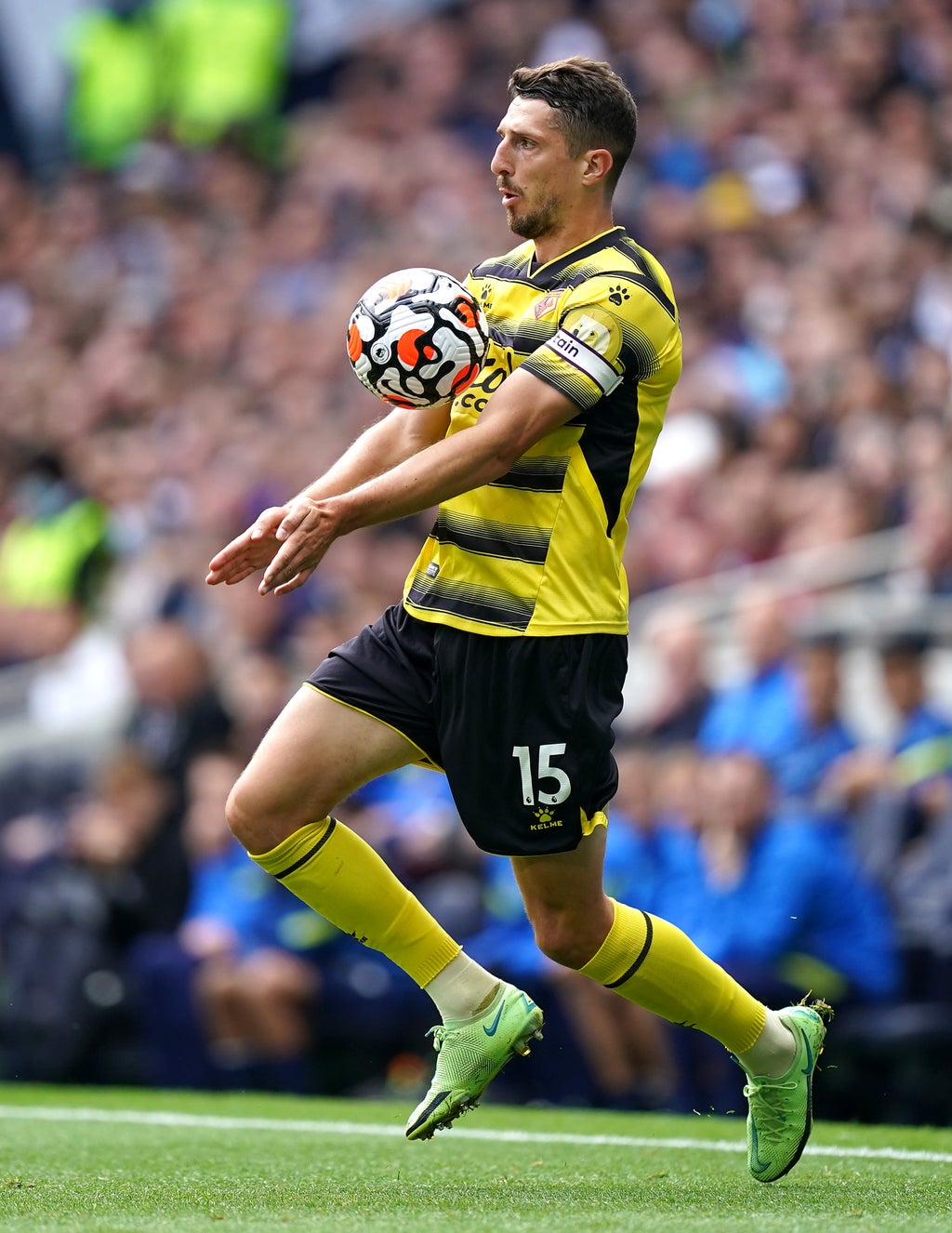 Watford’s hire-and-fire model for managers may be brutal but Craig Cathcart insists results show it works for the club.

Xisco Munoz was shown the door this weekend following a 1-0 loss to Leeds, with the Spaniard given less than 10 months in charge despite guiding them to promotion last term. He left the Hornets 14th in the Premier League with seven points from as many games.

Cathcart learned the news in a text message from his sister as he relaxed with family on Sunday, but though initially surprised the 32-year-old has become used to the process in his seven years at Vicarage Road.

“That’s the way the owners do things,” he said. “They have things in place, they make a decision and change things quickly. It’s what they’ve done over the years and it’s worked so we can’t dwell too much on it. For us as players we have to accept it and get behind the new manager.

“I think if you look at the success over the last five or six years, we’ve sustained success. Obviously we had that long stint in the Premier League, we went down and we bounced straight back up so you can’t really say too many bad things about it. It works well.”

Claudio Ranieri will become the 12th different manager Cathcart has played for at Watford and the highest-profile appointment as a Premier League winner with Leicester.

“We have to look forward to it,” Cathcart added. “He’s got a lot of experience in the Premier League, he’s won the Premier League so it’s a new coach, a new challenge for everybody. Hopefully he can come in and help us achieve our goals.”

Cathcart said he had not yet spoken to his Watford team-mates about events over the past 72 hours as he focuses on Northern Ireland’s World Cup qualifiers away to Switzerland and Bulgaria.

Having drawn 0-0 with Switzerland in Belfast last month to remain three points behind them in Group C, Ian Baraclough’s side know they realistically need to get something from Saturday’s game in Geneva to remain in contention for a play-off place.

Their preparations were hit by the loss of five players to illness and injury on Monday, but with the likes of Stuart Dallas, Jonny Evans, Corry Evans and Paddy McNair back, this appears a stronger squad than last month’s.

Jonny Evans continues to manage a long-term foot injury, but Cathcart said that did not need to be a major concern – Northern Ireland have kept four clean sheets in their last six games despite Evans missing all but one of them.

“It would be great if Jonny was available, but the way we’ve played in the last few games, the young players coming in, they will be dying to play again,” he said. “I don’t think there would be any worry if they’re asked to step up to the plate again…

“The change of shape has helped us tighten up,” Cathcart added of Baraclough’s preferred 3-5-2 formation. “The way we are playing at the minute suits the players we have and we know we can score goals at the other end. So obviously a clean sheet gives us a great chance of winning the game.”

And while Cathcart is used to regular changes of manager at club level, he said he wanted to see Baraclough, nearing the end of the 18-month contract he agreed last summer, to stay on with the national team.

“I don’t see a reason for any changes at the moment,” he said. “The young players are coming in and doing really well. The team is looking good and we are performing better and better in every game.”