The Prix de l’Arc de Triomphe is the most prestigious turf race in Europe. The race at Longchamp in France attracts the best middle-distance horses from around the world.

This year’s renewals of the one-mile-and-four-furlong race could be one of the best for a long time. Here is a look at some of the contenders for the top prize in Paris.

Last season’s St Leger winner Hurricane Lane finished third in the Arc in 2021, less than a length behind Torquator Tasso. It was an excellent run from Charlie Appleby’s runner and one which will give his connections a lot of confidence ahead of another shot at the European contest.

The son of Frankel won three Group One races last season. Along with his British Classic success, he prevailed in the Irish Derby at the Curragh and the Grand Prix de Paris, the latter by an impressive six lengths.

Hurricane Lane is expected to make his seasonal reappearance in the Hardwick Stakes at Royal Ascot. That will be his first outing since finishing in the frame at Longchamp last October.

As of the 23rd of May, the Godolphin-owned horse is the +800 co-favourite in the Betway bet ante-post market for the Arc. A strong performance at the royal meeting could see him strengthen his position at the top of the betting for the race.

One of the star three-year-olds so far this season has been Emily Upjohn. The filly is the favourite to win the Oaks at Epsom where she will be looking to give her jockey Frankie Dettori a seventh success in the race.

John and Thady Gosden’s runner is unbeaten in three appearances in her career. She made her debut at Wolverhampton last year, scoring in a novice contest. The Classic contender then blew her rivals away by just over nine lengths on her opening start of the campaign at Sandown.

Emily Upjohn enhanced her reputation at York’s Dante meeting, as she prevailed in the Group Three Tattersalls Musidora Stakes. That performance proved she was a leading contender for both the Oaks and Arc.

The daughter of Sea the Stars will be looking to emulate Zarkava, Treve and Enable as three-year-old fillies who have won the French contest. Dettori has been successful three times in the last seven years, so she will have a rider who has a lot of experience in the race. She may be set to be one of the most popular horses across both codes in the sport in recent years alongside dual Randox Health Grand National winner Tiger Roll.

It is going to be fascinating to see which path connections of Baaeed take with their horse this year. Last season’s champion miler was at his very best in the Group One Al Shaqab-sponsored Lockinge Stakes at Newbury, bringing his tally up to seven wins from seven starts.

William Haggas’ unbeaten colt is expected to remain over 1m at Royal Ascot for the Queen Anne Stakes. The experienced trained has hinted at his horse stepping up in distance later in the campaign. He is likely to appear in the Juddmonte International at York in August. If he proves to be as good over 1m2f, then his connections could consider a shot at the Arc.

A victory for Baaeed in the Arc would cement his place as one of the best of his generation alongside the likes of Frankel and AON Greenham winner Kingman. His participation in the race alone would add extra excitement to the Longchamp feature.

2021 Cazoo Derby winner Adayar came home in fourth place in the Arc in 2021. It was an excellent year for the colt, as not only was he successful in the most prestigious British Classic at Epson, but he also completed a rare double in King George VI And Queen Elizabeth Stakes.

Appleby’s talented runner is expected to make his return to action in the Prince of Wales’s Stake at Royal Ascot. He has had a minor setback in the early stages of the campaign which has ruled him out of a return to Epsom for the Coronation Cup.

All roads are likely to lead to Longchamp in October for this year this season. He has proven he has the stamina for the race, and with a little more luck on his side in the latest renewals of the Arc, he could land the top honours.

This year’s Arc takes place on October 2 and it will be the 101st edition of the open-age Flat race. 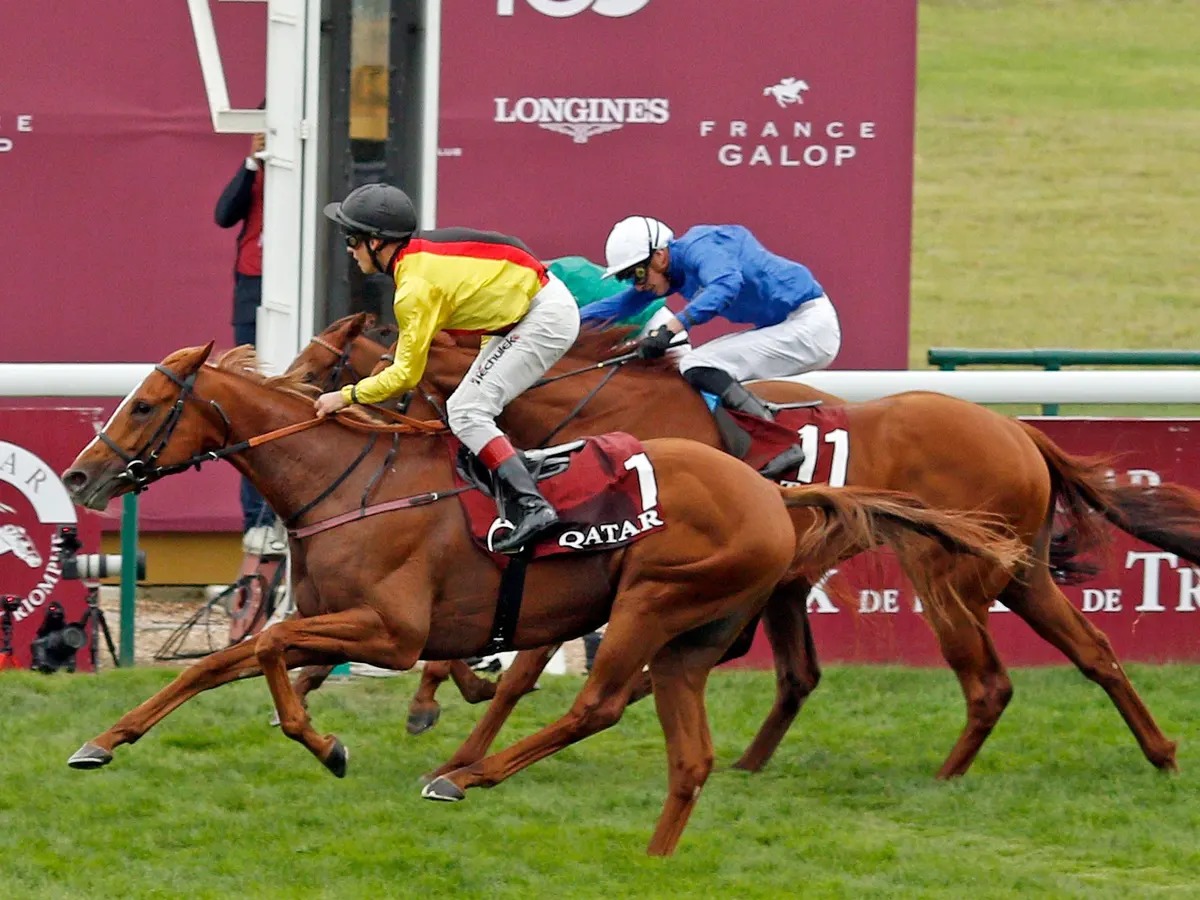