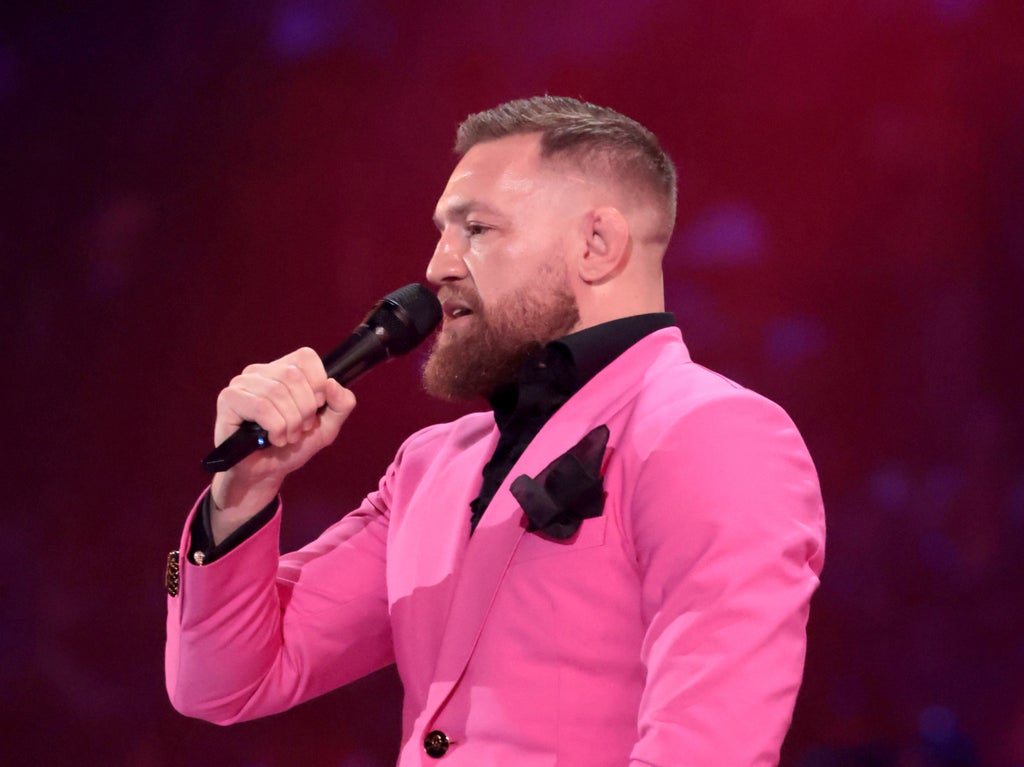 Both men are known as provocative characters who enjoy engaging in trash talk, with Sonnen named the UFC’s Personality of the Year in 2013 and McGregor notorious for his bizarre press conferences, public feuds and legal issues.

Max Holloway defeated Yair Rodriguez over the weekend in a featherweight bout that makes the Hawaiian one of McGregor’s likely next opponents – once the Irishman returns from the tibia injury he suffered in his fight with Dustin Poirier in July.

As the fighter introductions were made ahead of Holloway’s clash with Rodriguez, McGregor filmed himself pacing back and forth while topless as he watched the event on TV.

Former UFC contender Sonnen has said McGregor’s behaviour is a sign of immaturity, saying on his ESPN+ programme: “Conor is on the verge of being a little, rich weirdo.

“It’s the last thing I wanted for him but if you mark out for your own gimmick to this extent… he’s posting things and then he’s deleting them, I’ve got to give the troll effort 100 per cent.

“As a former troll myself, I get it. If there’s a UFC that you didn’t set foot at and you didn’t throw a single punch and you can steal a headline on ESPN, you’re doing something well, but in all fairness, Conor isn’t gonna step in there with Max any more than he was gonna step in there with the guy last week, the week before that, or whoever he pulls out of his hat next week.

“He’s got to heal himself.”

Forty-four-year-old Sonnen believes that, while the erratic nature of McGregor’s behaviour makes him a big draw for the sport, the Irishman should think about the message he conveys and his legacy as an athlete.

“There’s already talk of [him facing] Dustin Poirier, who has smashed him twice. In all fairness, Conor is still a big draw but he’s really working against himself. He is being a weirdo. Is this what he wants as his identity? A guy walking around with his shirt off, screaming at his television set? Come on. When you’re 22 years old that’s one thing but as a husband and a father, you’re a little bit of a dork.”

The clip from Sonnen’s show was subsequently posted to his own Twitter account with McGregor tagged, and the 33-year-old unsurprisingly took the opportunity to respond with jibes of his own.

McGregor is expected to return to the Octagon at some point in 2022.