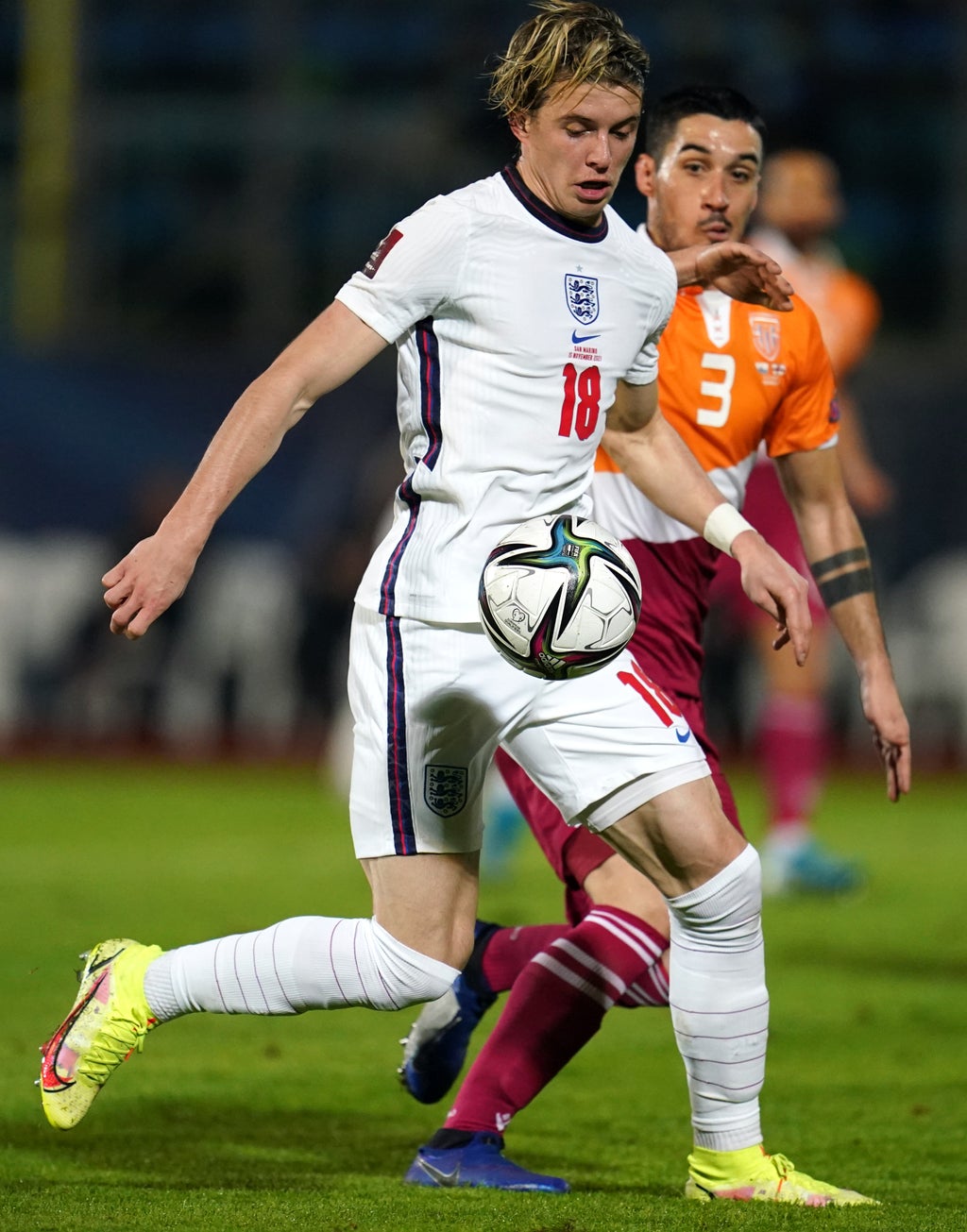 Conor Gallagher has praised the impact of Crystal Palace boss Patrick Vieira in turning him into a fully-fledged England international.

The 21-year-old became the latest player to earn a Three Lions cap as he came off the bench in the record-breaking 10-0 thrashing of San Marino on Monday night.

Victory secured England’s spot at the 2022 World Cup, with Gallagher harbouring ambitions to be part of Gareth Southgate’s squad in Qatar.

But for now he is happy learning from Vieira as the Chelsea midfielder continues to flourish on a season-long loan at Selhurst Park.

“Working under Patrick is amazing,” he said.

“He was one of the best midfielders in the Premier League. To learn from him and work under him is brilliant.

“He helps me a lot tactically and most importantly is how he knows my strengths and tells me what to do in terms of that.

“So I am allowed to do what I do best which is part of the reason why I’ve had a good start to the season.”

Gallagher has hit four goals in 10 Premier League appearances for the Eagles, his latest loan move away from Chelsea following previous stints at Charlton, Swansea and West Brom.

Having been called up from the England Under-21s squad following a number of withdrawals ahead of the trip to San Marino, Gallagher insists he is not looking ahead to dreams of a World Cup or a Chelsea debut.

“To be honest I didn’t expect to be here at all,” he added.

“I was with the under-21s preparing for our next game. That’s when I got a call from Gareth to come and join the senior team.

“I was over the moon. I was hoping to get some minutes so I could make my debut and thankfully I did.

“I am just thinking about this season with Crystal Palace, doing as best I can for them, and do as well as we can in the Premier League.

“That’s most important for me now. If I continue to do well with them and carry on scoring a few goals there’s a chance to be in this England team.

“I have seen the quality and the amount of good players in this squad is amazing, the talent is very, very high. It will be a tough squad to get into.